The Fundamentals of Breakout Trading

The New Zealand Dollar gained some traction after the Reserve Bank of New Zealand delivered a 50-basis point rate hike, which was in line with market expectations. That brought the RBNZ’s official cash rate (OCR) to 3.5%, the highest interest rate for the island nation since early 2015. NZD/USD’s immediate reaction saw the currency pair move higher as traders found relief after a surprise dovish hike from the Reserve Bank of Australia (RBA) earlier this week. The RBNZ’s statement was surprisingly hawkish:

“The Committee considered whether to increase the OCR by 50 or 75 basis points at this meeting. Some members highlighted that a larger increase in the OCR now would reduce the likelihood of a higher peak in the OCR being required.”

AUD/NZD was slightly higher in early Asia-Pacific trading but prices reversed lower, putting prices on track to slide for a third session. While risk reversals remain positive for AUD/NZD, indicating more demand for calls on currency futures, the same measure, while still negative, improved for NZD/USD leading up to today’s decision. 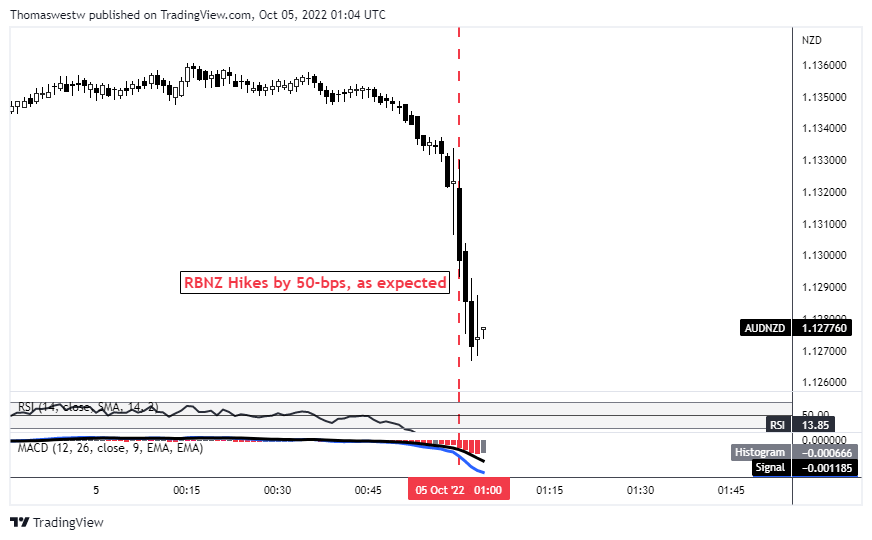 Like the United States, supply-side constraints in the economy are forcing New Zealand policymakers to raise rates into restrictive territory, sacrificing real economic growth. Moreover, it’s highly likely that the RBNZ will need to see a significant weakening in the labor market before substantially deviating from its rate-hiking course. That said, determining a terminal rate is clouded by many factors, some—like commodity prices—are outside of the RBNZ’s control. 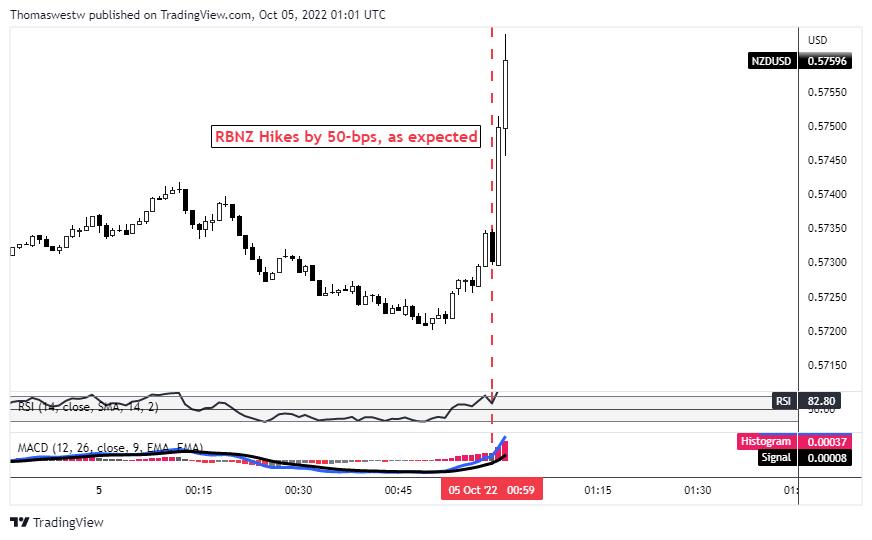