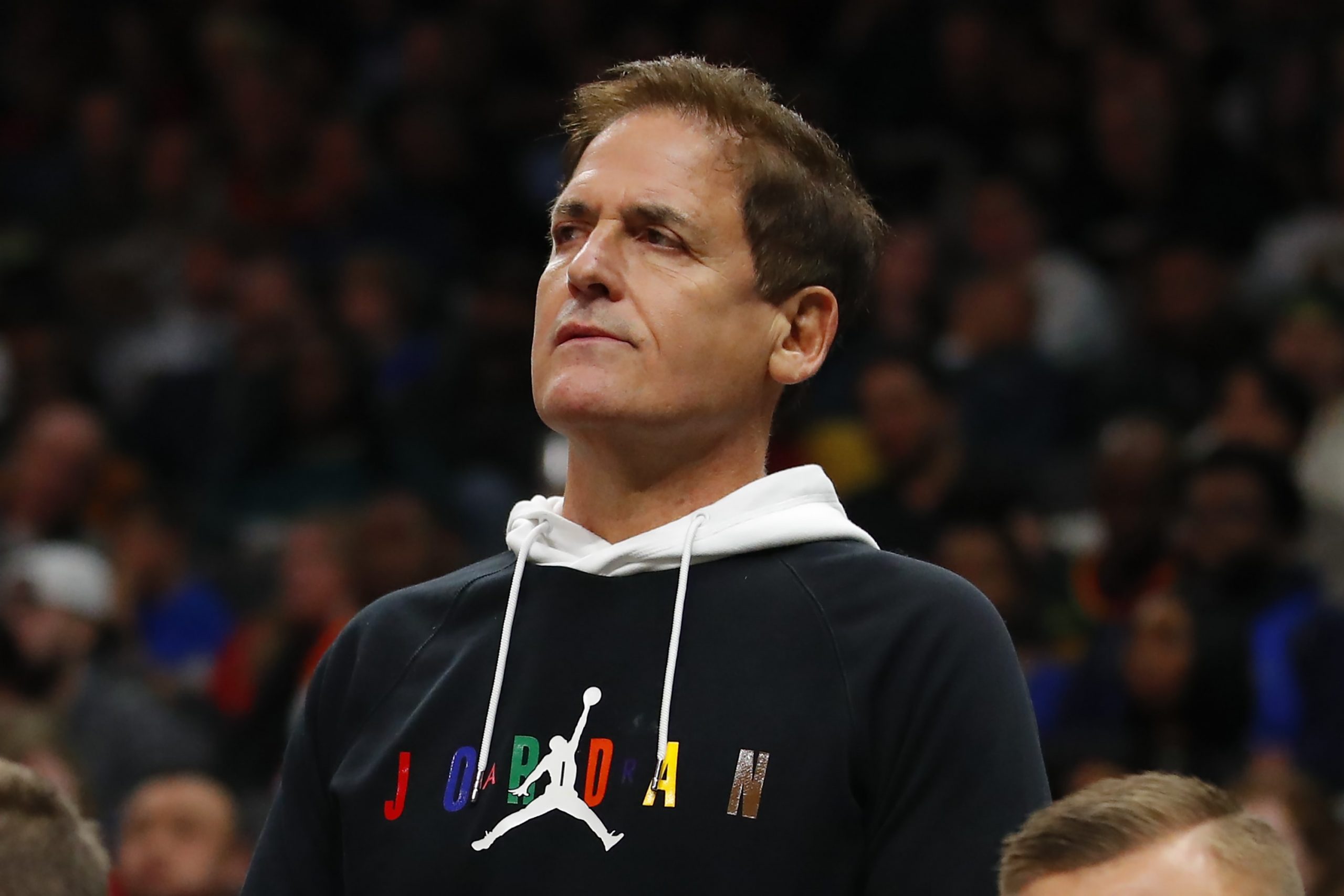 Dallas Mavericks owner Mark Cuban watches on from behind the bench during the second half of an NBA game against the Atlanta Hawks at State Farm Arena on February 22, 2020 in Atlanta, Georgia.

The National Basketball Association fined Dallas Mavericks owner Mark Cuban $500,000 for publicly criticizing and displaying detrimental conduct regarding officiating in a Feb. 22 game against the Atlanta Hawks, the league announced on Friday.

The NBA also denied the Mavericks’ protest of the loss in Atlanta, where a controversial goal-tending call was overturned late in the fourth quarter, leading to Cuban’s tirade.

After the call, Cuban approached NBA officials “shaking his head and directing comments toward them,” the league said in a statement.

The NBA said Cuban made comments to reporters and on Twitter that “were highly critical, personal and demeaning to the league and its officiating staff.”

The goal-tending incident occurred in the fourth quarter with 10.4 seconds remaining. With the Hawks leading 109-107, guard Trey Young attempted a layup and was blocked by Mavericks forward Dorian Finney-Smith, but the shot was put back by Hawks forward John Collins.

NBA official Rodney Mott signaled for a replay following the initial whistle of a goal-tending call, which the NBA statement said “was overturned on instant replay review, but the Replay Center Official ruled that Collins’ goal should be scored because he was in the act of shooting at the time the goaltending call was made.”

The Mavericks then protested the ruling, contending “that the officials misapplied the playing rules by allowing the basket.”

After examining game footage, NBA commissioner Adam Silver determined the Mavericks’ challenge of the Feb. 22 contest was not valid.

“The league’s investigation included an analysis of the game footage showing that the whistle began to sound one-fifteenth of a second before Collins gained possession of the ball,” the league statement said. “However, it is well-established by prior NBA protest decisions that a factual determination by game officials – including replay officials – that is shown in a post-game review to be incorrect is not a misapplication of the playing rules.

“While officials strive to get every call right, games cannot be replayed when, after the fact and free from the need to make rulings in real time, a different judgment about events on the playing floor can be made.  For these reasons, Commissioner Silver found that the extraordinary remedy of granting a game protest and replaying the last portion of a completed game was not warranted.”

Cuban did not immediately respond to a CNBC request seeking comment.