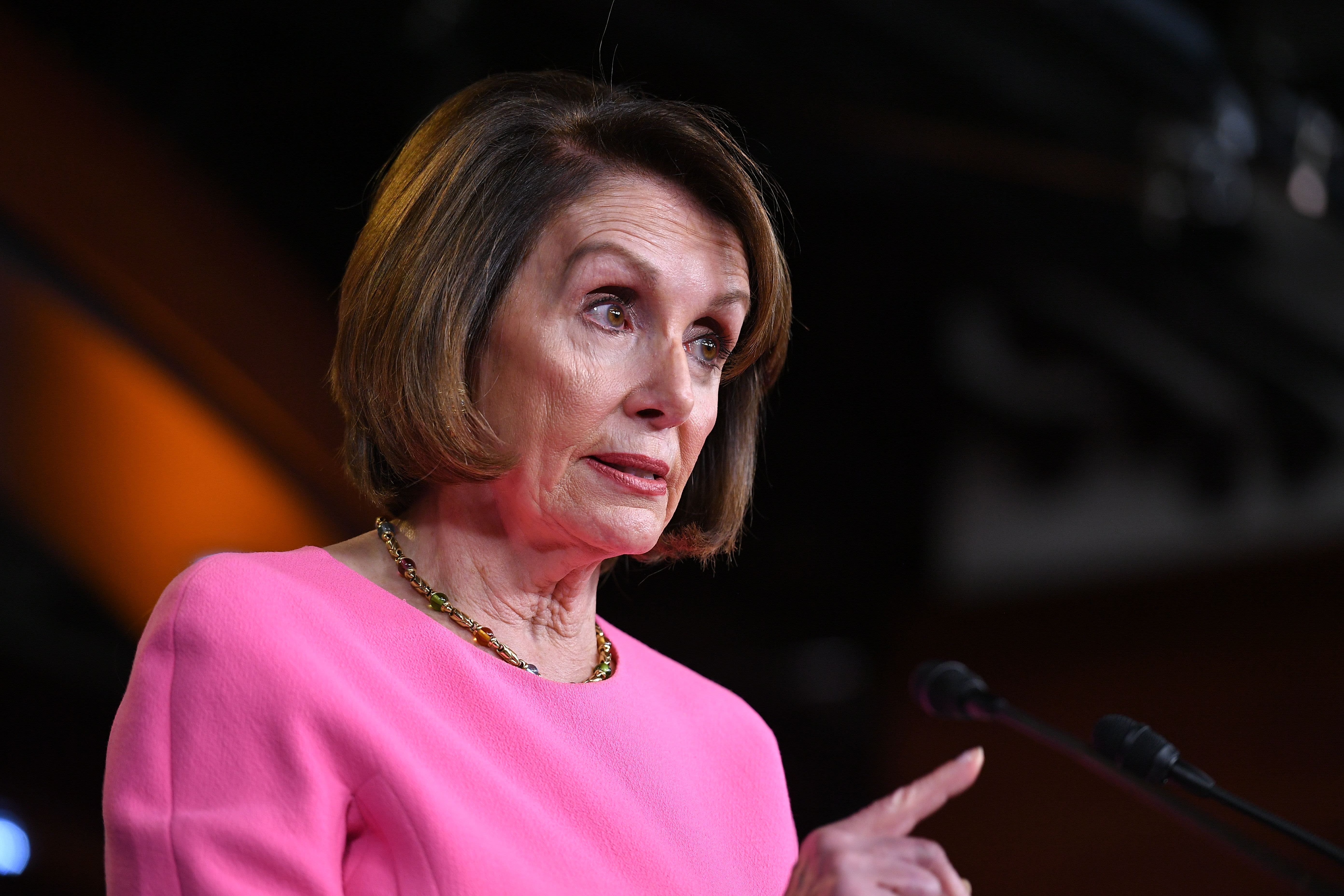 US House Speaker Nancy Pelosi speaks during her weekly press conference at the US Capitol in Washington, DC, on May 23, 2019.

But those seeking to elect a Democratic president and Congress in 2020 feel something different: a deft strategy to temper impeachment fires without extinguishing them. Democratic pollster Celinda Lake says Pelosi has handled impeachment “brilliantly.”

“She’s doing a very good job of moving the caucus to a place that works the best for the most members,” adds Democratic strategist Geoff Garin. Buffeted by competing interests, “She’s balancing those things as well as anybody could.”

Even if Pelosi approved, it’s unclear impeachment could currently muster the 218 votes needed in the House, much less the 67 required for conviction and removal from office in the Republican-led Senate. The Democratic caucus contains 235 members — 31 representing districts Trump won in 2016.

Public opinion explains the challenge. A recent Quinnipiac University poll showed that Americans are opposed to impeachment hearings now by better than 2-to-1.

Nor are even rank-and-file Democrats demanding it. In the latest NBC News/Wall Street Journal poll, just 30% of Democrats saw enough evidence to begin impeachment hearings now, and 50% wanted Congress to probe further before deciding.

Pelosi’s approach matches that sentiment precisely. She has encouraged multiple House committees to keep gathering documents and witness testimony — including testimony from Mueller about his Trump-Russia findings.

Her calculations appear at odds with her vow not to seek or avoid Trump’s impeachment for political reasons. But Democrats of Pelosi’s generation, recalling how Republican zeal in pursuing President Bill Clinton over the Monica Lewinsky scandal in 1998 cost the GOP House seats and Newt Gingrich his speakership, fear their own 2020 backfire.

Frustrated younger Democrats see a more complicated history. After the Senate acquitted Clinton of impeachment charges in February 1999, Republicans beat his vice president to capture the White House and kept control of Congress in 2000.

“It’s idiotic to think that Trump is too strong to launch formal impeachment proceedings,” Princeton University historian Kevin Kruse argued on Twitter. “It’s even more idiotic to assume that once that process begins it’ll drive his numbers up.”

Like Hennessey, Kruse believes Mueller’s evidence on obstruction of justice imposes a constitutional duty to uphold the rule of law by impeaching Trump. But even the Democratic strategists most scalded by Russian interference fear House impeachment followed by Senate acquittal would invigorate Trump and his supporters.

“I’m as entitled as anyone to want Trump impeached, but Pelosi is handling this exactly right,” says Robby Mook, Hillary Clinton’s 2016 campaign manager. “A show vote in the House that goes nowhere in the Senate only gives Trump a win.”

Lake, the pollster, goes further than Pelosi, insisting Democrats should “move on, period.” Less talk about impeachment means more talk about topics such as health care, income inequality and the GOP tax cut, which helped power House Democratic victories in 2018.

“All the issues are already on our side,” agrees Democratic pollster Cornell Belcher. “I don’t think there’s any political upside for us on impeachment.”

A larger 64% majority disapproved of the president’s refusal to cooperate with investigators on Capitol Hill. An extended demonstration of that refusal, the strategist explains, would build “the strongest possible predicate” for impeachment if Pelosi ultimately says yes.

“Patience,” Garin concludes, “is an underrated virtue in politics.”