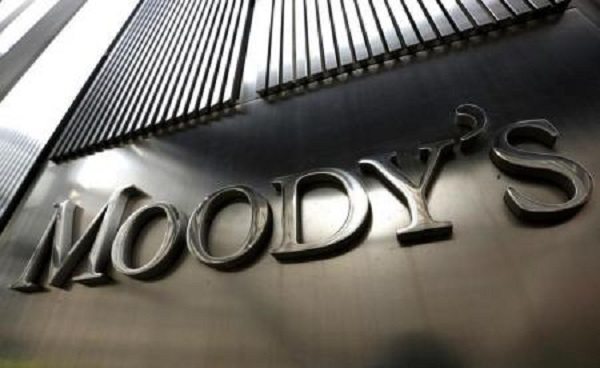 Taken in the last three days, the survey showed 12 of 18 respondents saying Moody’s, the only major credit rating agency that still rates South Africa’s bonds as investment-grade, will cut them to “junk” status. Standard & Poor’s and Fitch both cut their ratings to junk nearly three years ago.

Eleven economists who answered an extra question said the rating was “still relevant” despite a punishing market sell-off that has overshadowed the long-awaited decision, while five said it was “important”. Only two said whether or not Moody’s downgrades the bonds to junk was “irrelevant.”

“It may not be a market-moving event at this juncture but is important going forward as sub-investment grade from all three rating agencies will undoubtedly raise the cost of capital or funding in South Africa,” said economist Hugo Pienaar at the Bureau for Economic Research.

The rand, stocks and bonds have been under intense pressure as the pandemic hits asset prices. But many analysts say South African assets have been trading as though they are junk-rated for at least a couple of years already.

“In our view, the Moody’s downgrade itself has for some time been discounted by financial markets, though it remains uncertain exactly what impact the subsequent World Government Bond Index (WGBI) expulsion will have,” said Elna Moolman, economist at Standard Bank.

“Guided by global examples in this regard, it is possible that the bulk of the repricing has already occurred.”

With the virus still spreading, in a worst-case scenario, median forecasts showed South Africa’s economy would shrink by 4% in Q1, 8% in Q2 and 5% in 2020 as a whole, according to the median forecasts from answers to an additional question.

The last Reuters poll prior to the announcement of the 21-day lockdown for South Africa that started on Thursday evening predicted the economy would shrink 0.4% in Q1, then grow 0.9% in Q2 and 0.3% for the year as whole.

“As the country enters a minimum of a three-week lockdown period it means domestic fiscal metrics are likely to get significantly worse this year, with sovereign debt ratios now almost certain to rise,” said Jeffrey Schultz, economist at BNP Paribas.

South African assets recovered on Wednesday after the central bank launched a bond-buying programme, seeking to drum up demand in credit markets as the coronavirus epidemic weighs on the ailing economy.

Christopher Shiells at Informa Global Markets said a downgrade to junk status would probably be seen as a relief by the government as it would free it up to make a significant fiscal response to the crisis.

“Rating agencies are expected to downgrade a number of sovereigns due to the coronavirus. Outflows and asset weakness have been occurring over last month, so the worst has already happened in that sense,” he said.

This article was first published on Reuters Africa https://af.reuters.com/article/investingNews/idAFKBN21E150-OZABS and is republished with its permission.