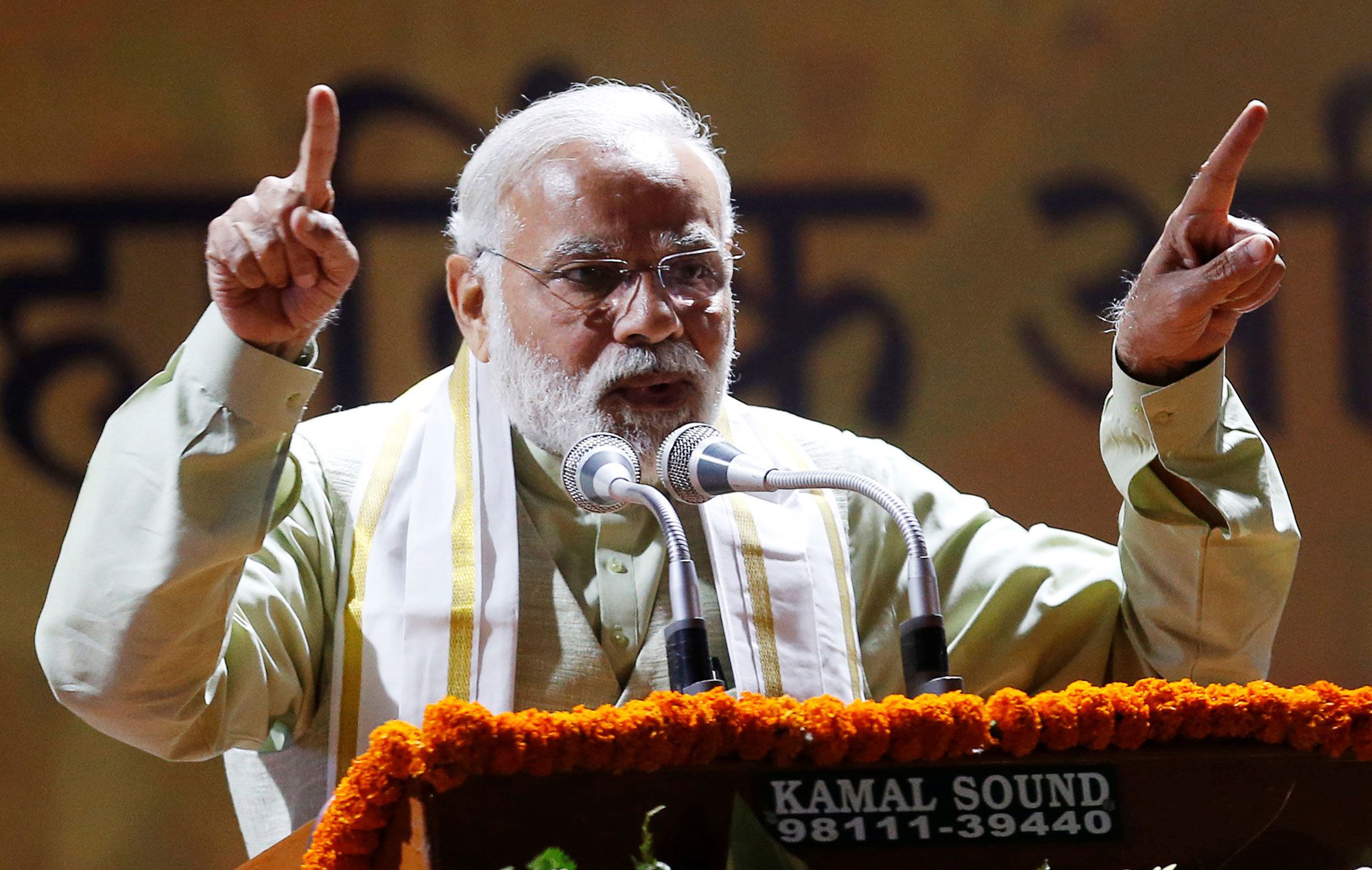 Modi won a landslide re-election victory, with his Bharatiya Janata Party securing a commanding parliamentary majority in the largest democratic exercise in history. That could see India taking a more assertive stance against its neighbor Pakistan — and against China’s growing dominance in Asia. That, in turn, may also mean a closer defense relationship with Washington.

“The Modi government has continued deepening defense and strategic ties with the United States,” said Alyssa Ayres, senior fellow for India, Pakistan, and South Asia at the Council on Foreign Relations. “The geopolitical backdrop for that deepening has been China’s increased assertiveness across the entire Indian Ocean region, and that continues as well.”

In his wide ranging campaign, Modi’s strong nationalist tone won him wide support and pushed citizens sitting on the sidelines to give him their vote.

“I voted for him because I didn’t think Congress, the opposition, could stand up to Pakistan and China,” Maya, a 35-year-old woman based in Mumbai, told CNBC.

Given the support for the prime minister’s attitude to defense, he’s likely to double down on that strategy, experts said.

“Modi’s muscular national security approach just received overwhelming approval. We should expect to see more of it in the next five years,” said Vipin Narang, associate professor at MIT.

Narang noted that the Indian leader could use the present opportunity to “improve the defense forces and acquisition process” for his country — or he could aim to settle scores with Pakistan. If that happens, according to the MIT expert, there could be repeat performances of India’s airstrike on Pakistani land earlier this year. According to Narang, that sort of action is “resolve without real results.”

Modi’s opportunity to be generous

That said, a former U.S. ambassador to Pakistan told CNBC’s “Street Signs: Asia” on Friday that Modi’s resounding victory in the elections could give him the political capital to try and improve relations with Pakistan.

For his part, Pakistani Prime Minister Imran Khan has indicated some willingness to work with Modi to improve the often-tense relationship between the two nuclear rivals, according to Cameron Munter, who is also CEO and president at the think tank EastWest Institute.

“What I found when I went to Pakistan and spoke with Imran Khan … in January, is that he really alone in the region was confident that he would be able to reach out after the elections to Modi,” Munter said, adding that Khan said he was committed to a dialogue with India.

To be clear, that discussion happened before tensions escalated in the subsequent months over Kashmir, Munter said.

According to Munter, a confident Imran Khan and a confident Modi, bolstered by his strong political standing, could lead to a peaceful turn in the bilateral relationship.

“The senior partner in the relationship is India,” he said. “I think my own recommendation on this would be that, in the strength of his victory, if it turns out as we expect it to, then Mr. Modi has an opportunity to be seen as very generous — to say, ‘I am looking to my neighbor with an open mind, with an open heart and will you respond?'”﻿

Most project that Modi will increase India’s defense purchases over the next five years, but it remains a question from which country it will do the buying. India has overwhelmingly purchased its defense equipment and weaponry from countries like Russia and Israel, but American companies like Lockheed Martin, General Dynamics and Raytheon among those hoping Modi will increasingly look to the U.S.

From a foreign policy standpoint, U.S. President Donald Trump may draw closer to Modi’s administration if the trade war between Washington and Beijing drags on.

“Especially with our problems with Chinese trade and other issues, the US/India relationship makes even more strategic and economic sense, not just for today, but for the long term,” said Richard Verma, former U.S. Ambassador to India. “I hope the Trump Administration redoubles its efforts with India and realizes the vast promise that exists in our work together.”

One potential roadblock to increased partnership between the countries: Tariffs have increased under Modi’s reign, a pet peeve for the U.S. trade hawks, including Trump.