Markets Rarely Get This Oversold 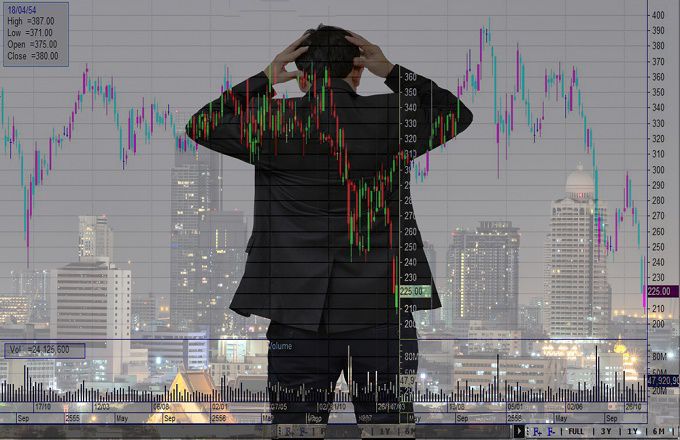 Sentiment is weird. Individually, it doesn’t have the same impact as when it gathers steam in a crowd. Imagine that I fear witches. I might be labelled eccentric. But if the crowd thought the same way, things could get dangerous. It conjures the Salem Witch Trials in 1692, which resulted in arrests and executions.

Individual sentiment can change easily faced with opposite crowd sentiment. For example, Rolling Stone magazine originally gave Nirvana’s “Nevermind” a three-star rating in 1991. Now the magazine gives the record five stars and ranks it as the 17th greatest album of all time.

Markets are collections of sentiments. Market crowd-think is very prevalent. In early February, the crowd was bullish. Most were optimistic about the economy, stocks, and our future. A few weeks and a coronavirus pandemic later, anyone I talk to is pessimistic – about everything. The mood is dour: people will die, our economy won’t recover, and it’s tough to find the silver lining.

I admit it – I’m a glass-is-half-full guy. It’s unpopular now, but here’s my feeling: we’ll get through this, recover, and continue our centuries-long trend of progress. The market will achieve new highs. I am sure these things will happen – I just can’t say when.

When it comes to stock market analysis, I go strictly by data. I have no room for feelings – I use numbers. Here’s what they tell me – the heavy selling is over, and the market has bottomed in the near term.

Let’s start with sectors. Last Sunday, for the week prior (March 16 – 20), excluding exchange-traded funds (ETFs), we had 22 buys and 2,555 sells. That was epic selling. This Sunday, for last week (March 23 – 27), we had 12 buys and 520 sells. Historically, the average signal count per day is roughly 100, so last week was consistent with the normal range. While selling still dominated, although it’s only one week, the data implies that the large-scale selling (liquidation) has passed us. A bottom has likely formed.

Before we look at last week’s data, consider that the prior week saw all 11 sectors show an average 190% the universe being sold. This means that, for 100 stocks tracked in a sector, 190 were sold. That’s mega selling. Last week averaged 40%, or 40 stocks per 100. It is also noteworthy that activity on information technology was “normal” – normal in the sense that signals were not at all extreme. The bottom line: selling slowed a lot.

Energy and consumer discretionary also saw close to normal activity. When buying or selling in a sector is over 25%, the box turns yellow. Discretionary and energy were both 28% – just over the 25% “pay attention” threshold.

Now let’s look at the Big Money Index (BMI). The BMI tracks unusual institutional trading – big money moving in and out of stocks in an unusual way. Since 2012, the BMI has never broken 10%, meaning the number of buys was never less than 10% of total signals on a rolling 25-day moving average … until last week.

Right now, we are at 9%. Since I have begun tracking this data, we’ve NEVER been this oversold. That might seem like bad news, but check this out – there were only three other periods in the past 30 years in which we’ve been similarly oversold:

It’s interesting that, three out of four times we went into extreme oversold, it happened on a Thursday. That might be a coincidence with so few data points, but it pops out.

Now, the deepest oversold reading the BMI ever logged was in the Global Financial Crisis, when it plummeted to 3%. No one was buying hardly anything at all. As dire as that sounds, the BMI didn’t stay that low long. Within a couple of weeks, the BMI started to lift.

And that’s when we need to pay attention. Because when the BMI starts to rise, it historically means higher market prices follow. And when the BMI lifts out of oversold territory, overwhelmingly throughout my 30-year history, markets fly higher quickly thereafter.

Finally, I want to look at Friday, March 27. The major indexes closed down between 3% and 4%. Volume was high but not as high as prior big sell days. But from the lens of data, we saw 706 stocks trigger with big money. Those are stocks trading on above average volume according to Mapsignals. That’s light volume in comparison to recent down 4% days. Those logged 1,400 big money signals. As far as I’m concerned, this just means that big money was far less active. It is just another data point that tells me a bottom has likely been put in.

I have spoken with several people who think equity markets could fall another 20% to 40%. I just don’t see it in this data. Let me summarize. We are EXTREMELY oversold, with 98% of buys and sells over the past five weeks having been for sale:

Historically, being this oversold doesn’t last long. When the BMI turns higher, great stocks tend to rise like phoenixes. I am not worried about retesting lows. When we get below 10% in the Big Money Index, it’s like holding pocket aces in poker. Sure, you can lose with that hand, but the odds say to push your chips in.

The market just dealt us aces for the coming year. Most are obsessed with nailing the market low. But if they were obsessed with where stocks will likely be in a year, they might stand to make a lot of wealth.

We (Mapsignals) are bullish on high-quality U.S. equities in the long term, and we see moments like these as areas to pick up great companies.

Disclosure: The author holds no positions in any mentioned securities at the time of publication.

US Watchdog Says Banks Shying Away from Stumbling...