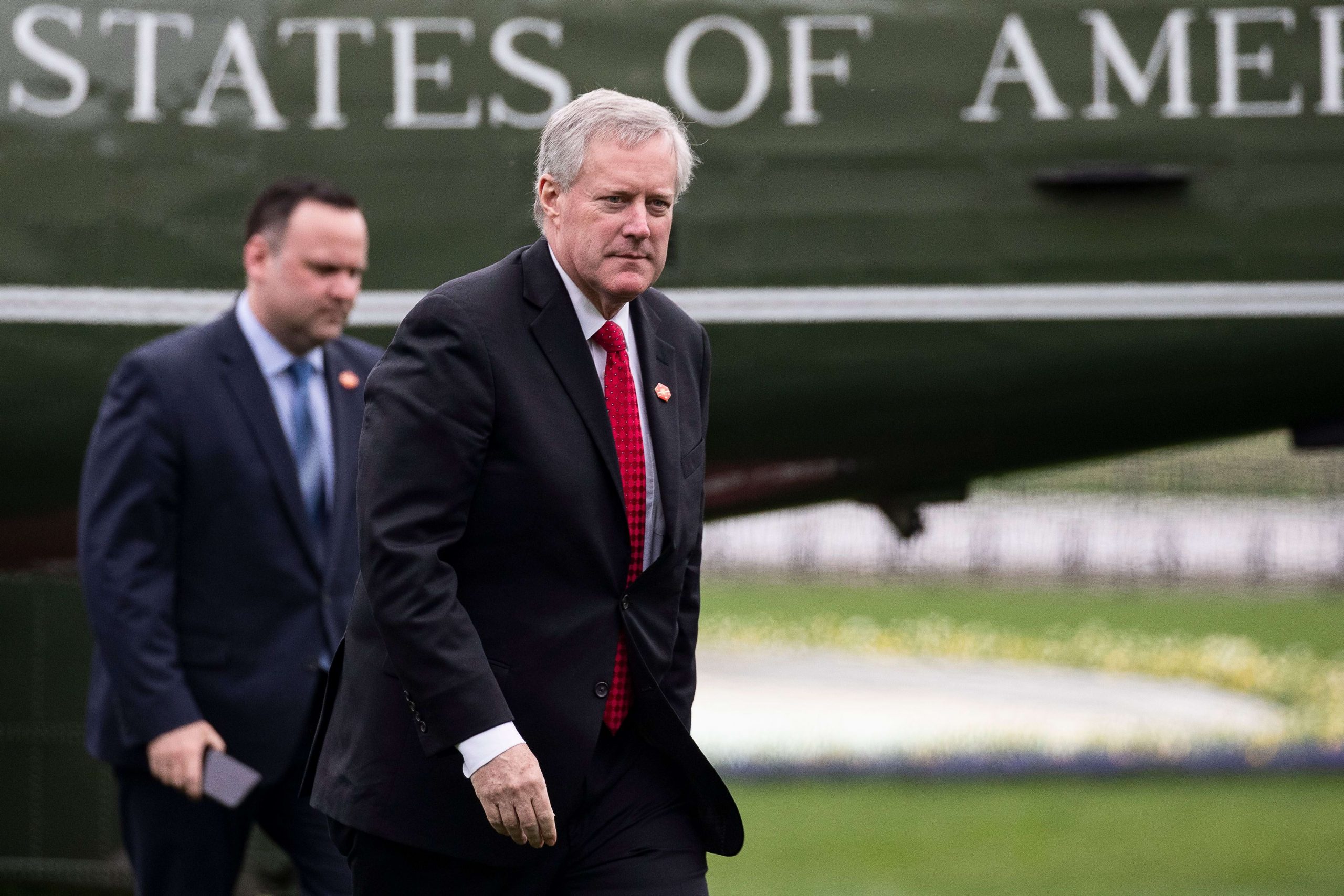 Meadows’ former communications director, Ben Williamson, confirmed to CNBC in an email that he has “moved to the White House to serve as senior advisor to White House Chief of Staff, Mark Meadows.”

Multiple outlets reported that Meadows’ first official day as Trump’s chief of staff will begin Tuesday. CNN reported that his resignation from Congress will take effect at 5 p.m. ET on Monday, citing an aide to Meadows.

Meadows will succeed Mick Mulvaney, who had served as acting chief of staff since December 2018 along with being the Director of the Office of Management and Budget.

Trump had announced on March 6 that Meadows would replace Mulvaney, who remained “acting chief of staff” for his entire tenure, even though the position does not require Senate confirmation.

Politico reported in December that Mulvaney was never able to win Trump’s full backing and had been largely sidelined as his time in the White House wore on.

A former GOP congressman from South Carolina, Mulvaney came under fire after an October press briefing, as scrutiny was ramping up over Trump’s efforts to push Ukraine to announce an investigation into former Vice President Joe Biden and his son.

Mulvaney acknowledged in that presser Trump had sought a quid pro quo when it came to releasing military aid to Ukraine. Trump and other officials had denied seeking a quid pro quo of any kind regarding Ukraine. Mulvaney walked back his remarks shortly thereafter.

Trump was impeached by the Democrat-led House in mid-December on charges of abuse of power and obstruction of Congress, both related to his Ukraine dealings. He was acquitted by the Republican-majority Senate in February.

Meadows, one of the president’s most loyal supporters in Congress, is Trump’s fourth chief of staff in just over three years. Mulvaney had replaced retired Marine Gen. John Kelly, who left the post after a tumultuous run reportedly marked by infighting and distrust.