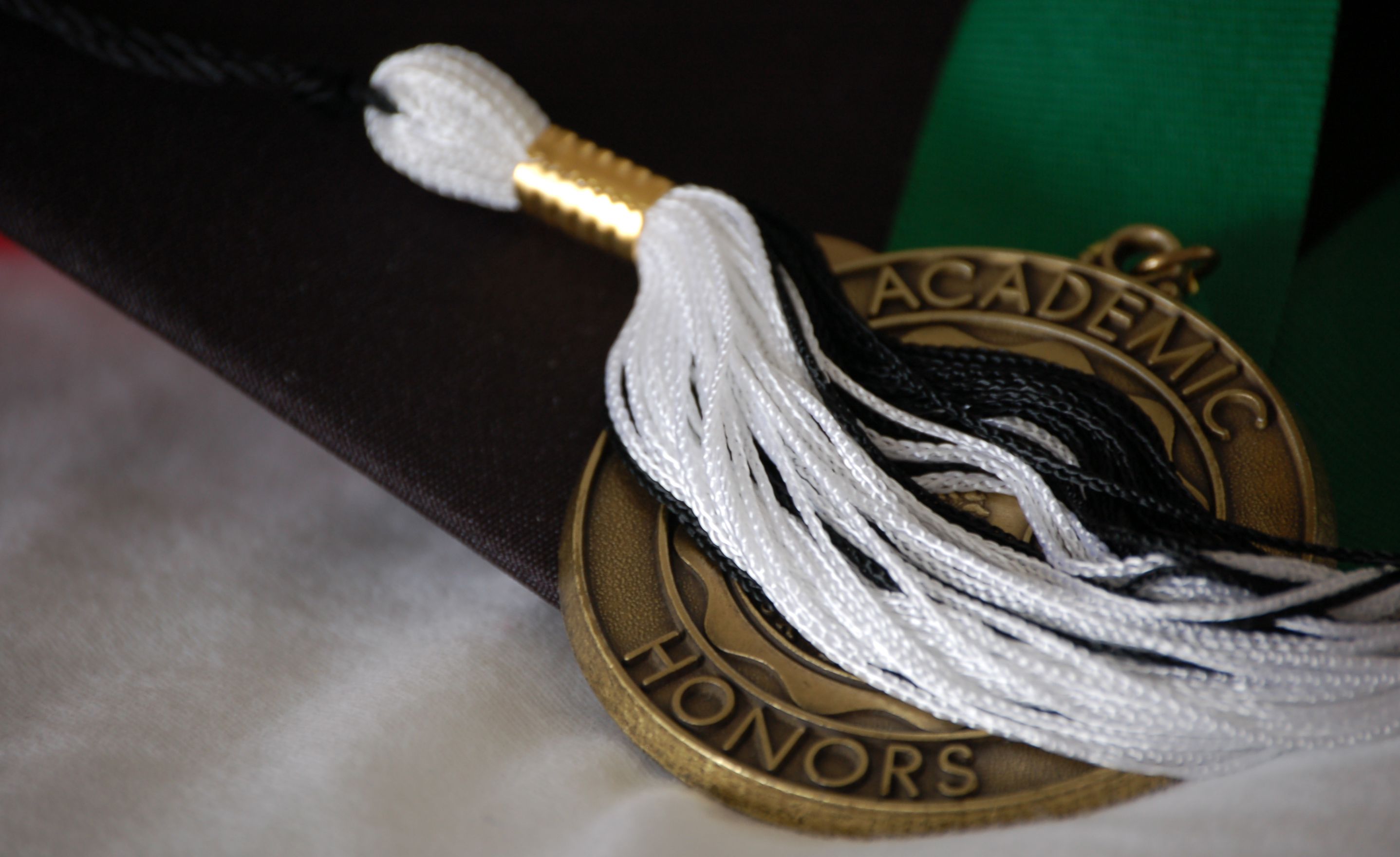 The Latin word “laude” can also be translated as “honor” or “praise,” as in the English word “laudatory.”

How Colleges Decide Which Distinction to Award

There is no national standard for what it takes to qualify for these honors. Colleges and universities are free to set their own criteria.

In addition to the numerical requirements, some colleges have other criteria, such as faculty recommendations or a requirement that students complete a certain number of advanced courses and/or write an honors thesis.

At many schools, academic or disciplinary infractions will disqualify students from receiving Latin honors, no matter how good their grades are.

As a result of all of these factors, colleges and universities can vary widely in how many such honors they bestow on their graduates each year and how difficult or easy it is to obtain them. Some schools, such as Stanford University, don’t offer Latin honors at all. Most do, however, have an alternative system, so that stellar students don’t go unrecognized. Stanford, for example, awards a Bachelor’s Degree with Distinction to the top 15% of its graduating class based on their GPAs.

Most colleges that offer Latin (or other) honors post information about their criteria on their websites, frequently in a section devoted to graduation or commencement policies.

While Latin honors can look good on a diploma, college transcript, or résumé, do they make any difference in real life? Two researchers at the University of Illinois at Chicago, Pauline Khoo and Ben Ost, attempted to answer that question in a 2018 paper titled “The Effects of Graduating With Honors on Earnings.”

“We find that obtaining honors provides an economic return in the labor market, but this benefit only persists for two years,” they wrote. “By the third year after college, we see no effect of having received honors on wages, suggesting that firms may use the signal for new graduates, but they do not rely on the signal for determining the pay of more experienced workers.” They also found that the economic benefit applied only to students who had graduated from selective schools.

Critics of Latin honors are less concerned with their potential post-graduation benefits than the unintended effect they may have on students while they’re still in school. A 2011 editorial in Harvard University’s student newspaper, the Crimson, called for their abolition at the school.

“By rewarding students who achieve a minimum GPA across classes, the Latin honors system does more to discourage academic achievement than to encourage it. It encourages students to view classes outside of their concentration as a means to an end, the end being the highest possible grade, rather than an opportunity for intellectual exploration.”

Harvard, however, appears to have been unmoved by that argument and continues to award Latin honors as of this writing.

When Did Latin Honors Originate?

In the U.S. the Latin honors system can be traced back to 1869 at Harvard University. Only a few other countries, such as Indonesia, Israel, and Canada also use this academic award system.

The U.K., on the other hand, uses a system in English instead, with just a handful of academics establishments using the Latin terminology.

How Common Are Latin Honors?

In fact, over the last two decades roughly 42%–48% of students at Princeton have been awarded one of these distinctions. At Harvard, they made the decision to cap these numbers after 91% of students graduated with honors in 2002.

The GDP standards will depend on the granting institution. Some use an absolute GDP threshold (like above 3.5 or 3.7), while others take a segment of the best students (e.g., the top 5% of all students, ranked by GDP). Other criteria, in addition to raw GPA, may be considered as well.