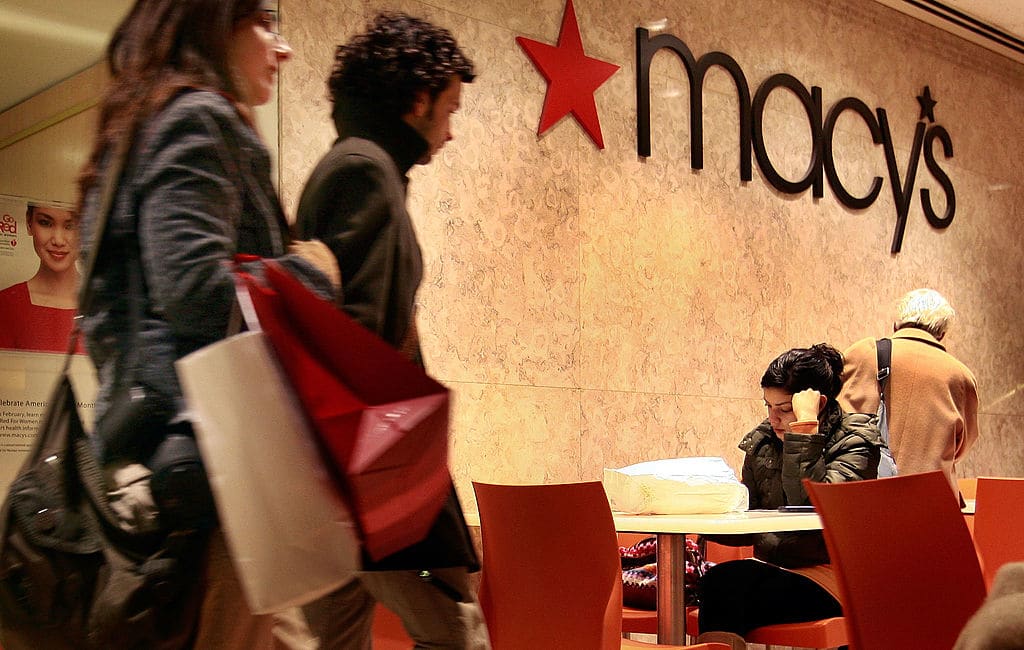 Macy’s and Kohl’s said Monday that they will most furlough employees as the department store chains cope with significant sales losses during the coronavirus pandemic.

Macy’s said the majority of its employees will go on furlough starting this week. Kohl’s said employees at stores and store distribution centers and some in store-related corporate positions will be furloughed.

Kohl’s is furloughing about 85,000 of its approximately 122,000 employees, according to company spokeswoman Julia Fennelly. The company has 1,159 stores. It will continue to ship and have curbside pickup from stores with a limited staff, she said.

Macy’s wouldn’t say how many employees are affected.

Macy’s and Kohl’s are among the dozens of retailers that have been forced to close stores to slow the spread of the coronavirus in the U.S. All of Macy’s and Kohl’s stores are closed, and they have not decided when they’ll be able to reopen.

Like Macy’s and Kohl’s, many retailers have continued to sell online. Without brick-and-mortar locations, though, they have lost the engine that still fuels most customer purchases.

In a statement Monday, Macy’s listed the many steps it’s already taken to try to shore up its finances. It has suspended its dividend, drawn down a line of credit, frozen hiring and spending, and canceled some orders, among others. The company has also withdrawn its 2020 financial outlook.

“While these actions have helped, it is not enough,” the company said in a statement. “Across Macy’s, Bloomingdale’s, and Bluemercury brands, we will be moving to the absolute minimum workforce needed to maintain basic operations.”

The company said it is evaluating all other financing options.

Macy’s had roughly 130,000 employees, excluding seasonal staff, as of Feb. 2. As of the latest reported quarter, the company was operating 551 Macy’s department stores, 34 Bloomingdale’s locations, 19 Bloomingdale’s outlets and 171 Bluemercury shops, according to its website.

Shares of Macy’s closed down 2.9% on Monday. The stock, which has a market capitalization of $1.7 billion, has lost 68% of its value since the start of the year.

Even before the coronavirus pandemic started, Macy’s and other department store chains were struggling from weak sales. With the global crisis, they’ve had to respond quickly to stay afloat. Nordstrom suspended its dividend and drew down $800 million on its revolving credit facility. Kohl’s drew its $1 billion unsecured credit facility. Kohl’s and J.C. Penney were among the companies that withdrew their financial outlook, too.

As department stores remain dark, companies may feel even more squeezed. According to an analysis by Cowen and Co., Kohl’s and Macy’s were the most vulnerable with enough liquidity for only five months. J.C. Penney and Nordstrom fared a bit better, with enough cash to last eight months with their stores closed, Cowen said.

Kohl’s has tried to manage expenses by cutting capital expenditures by approximately $500 million, trimming expenses across marketing and operations, temporarily suspending stock buybacks and evaluating whether it should pay dividends.

In a news release Monday, it said its CEO, Michelle Gass, will not take a salary during the crisis. The company had previously paid two weeks salary to all workers at stores and store distribution centers. It said employees who are furloughed will continue to have health benefits. Shares of Kohl’s closed down 8.7% on Monday. The shares have fallen nearly 69% year to date.

Macy’s said last week that its CEO Jeff Gennette will not receive compensation starting April 1 and until the end of the crisis. It said it would also reduce pay for the period for all executives at management director level and above.

Macy’s said it will have fewer furloughs on the digital side of its business, such as in its distribution centers and call centers. It said furloughed employees enrolled in health benefits will continue to receive coverage, with the company paying 100% of the premium.

“We expect to bring colleagues back on a staggered basis as business resumes,” it said.