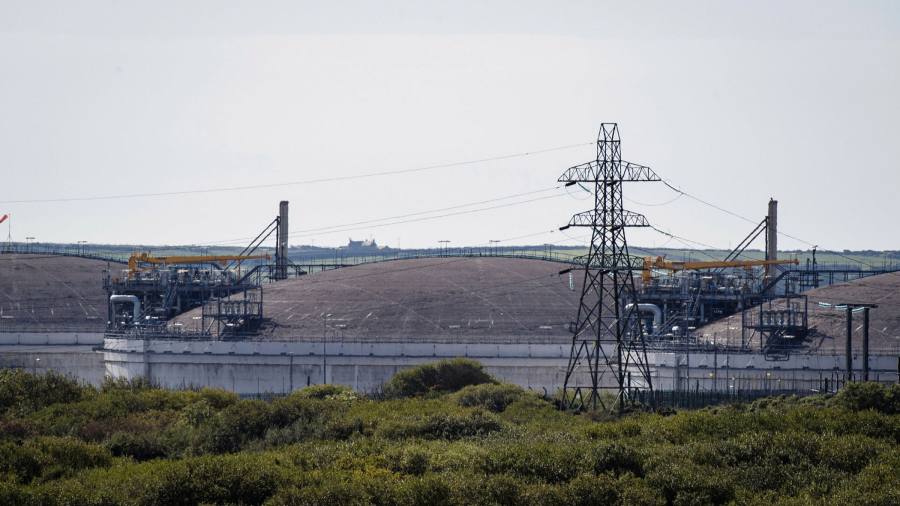 UK wholesale gas prices have tumbled amid an unprecedented surplus of liquefied natural gas, raising the prospect of lower energy bills in the autumn.

High LNG import volumes from the US, Qatar and Algeria that the UK pipeline system cannot move to mainland Europe quickly enough, as well as a decline in demand caused by a warm spring and an increase in wind power, have left the UK with a glut that is driving down prices.

UK day-ahead prices hit a record discount this week to the TTF, the European gas price benchmark in the Netherlands, and are expected to remain lower over summer. The UK benchmark NBP wholesale gas price slumped to €10 per megawatt hour on Friday vs €97 for TTF, according to S&P Global Commodity Insights.

This could mean lower energy bills in the future, according to Gemma Berwick, senior consultant at BFY Group.

“The current drops in price that we are seeing are on products that are delivered in the near term, and therefore unlikely to have a large impact on consumer prices,” she said.

“However, the exports from the UK will be used to fill European storage sites, therefore increasing security of supply for winter, which could push the winter price down. This decrease could be passed on by suppliers through cheaper bills.”

Any fall in energy prices would come as a relief to the government as it faces pressure to address the cost of living crisis. It could also aid the sale of Bulb, the energy supplier that is now taxpayer-owned and seeking a buyer following its collapse last year after purchasing gas at “spot”, or daily prices.

Bulb, which has 1.7mm customers, is still buying at spot prices and “up to a couple weeks out but no more than that”, a person close to the business confirmed.

However, most British utilities buy their gas supplies in advance, meaning they are paying high prices locked in months ago, with the discount on UK gas over European supplies only stretching out to September. Samantha Dart, head of natural gas research at Goldman Sachs, expects UK prices to rise as LNG imports ease, as opposed to European prices falling significantly.

Octopus Energy, which has 3.2mm customers, said it had already bought gas for customers for the next six to 12 months, “so sadly neither we nor our customers will benefit from short-term drops” in the wholesale gas price.

Ofgem, the energy regulator, introduced a price cap in 2019 to try to keep a lid on energy bills but it is adjusted only twice a year, in April and October. The government is considering moving to a quarterly system to ensure changes in wholesale prices are passed on to households more quickly.

LNG shipments often come to the UK because it has better ability than most EU nations to dock tankers and turn the liquefied fuel back into gas, meaning it can play an important role as a bridge to fill European gas storage over summer.

The UK has about a fifth of Europe’s capacity to turn the liquefied fuel back into gas at three import terminals, which can be sent on to Belgium and the Netherlands via two interconnector pipelines.

Yet the pipeline from two of the LNG terminals at Milford Haven in south Wales to England has been running so hard that National Grid asked the regulator in effect to limit volumes pumped to Bacton, the interconnector point in Norfolk. In winter, the UK typically receives gas from Europe through the interconnectors.

The surplus in the UK has allowed it to pass on an excess of gas to the rest of Europe. Average exports from the UK are usually about 13mn cubic metres a day in April and 31mn cm/d in May but this year the April rate was 51.9mn cm/d, with 49.2mn cm/d exported so far this month.