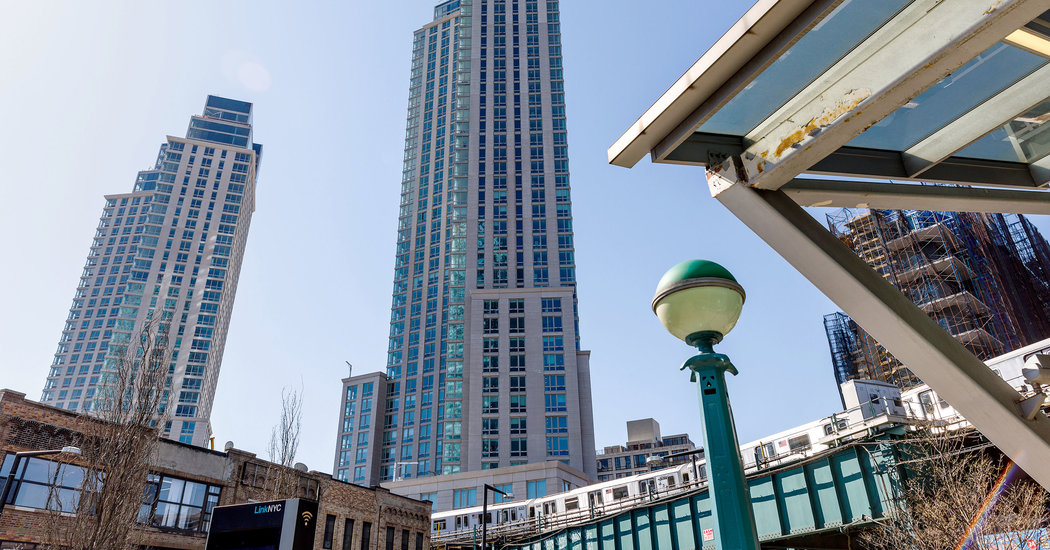 And if there isn’t available land, the city and developers are looking to create it by building platforms over train tracks and putting megaprojects on top. These projects, like Hudson Yards on Manhattan’s Far West Side, benefit from engineering advances that facilitate the construction of these platforms, but can take years, if not decades, to complete.

Since the late 1920s, there has been talk of decking over Sunnyside Yard, the 180-acre active rail yard between the Queens neighborhoods of Sunnyside and Long Island City.

Recently the city and Amtrak released a master plan, developed with PAU, the architecture and urban design firm, that proposes building 12,000 affordable homes, other buildings and open space on top of a 115-acre platform over a large portion of the rail yard.

However, a timeline, cost and funding for the plan has yet to be determined. The price tag for the deck alone — which includes infrastructure plus adjustments to the rail yards to accommodate the platform — is estimated at $14.4 billion. The plan would be realized in phases over multiple decades.

In Brooklyn, the 22-acre Pacific Park development in Prospect Heights was first announced in 2003, when it was called Atlantic Yards. Four residential projects are up and running next to the rail yards, and two more are under construction.

The major developer, Greenland Forest City Partners, hopes to begin construction of the five-acre platform over the train yard this year and is working with Dattner Architects on a design for 680 Atlantic Avenue, the first project to be built on it.

Some rezoning projects over the years have directly encouraged development near train lines.

The rezoning of a corridor along Jerome Avenue in the southwest Bronx, for instance, has resulted in the replacement of low-rise buildings that housed businesses like auto repair shops with large-scale residential projects that include affordable housing. Because the corridor has elevated tracks that serve the No. 4 subway line, new buildings require setbacks and noise mitigation.