Living Above the Store – The New York Times 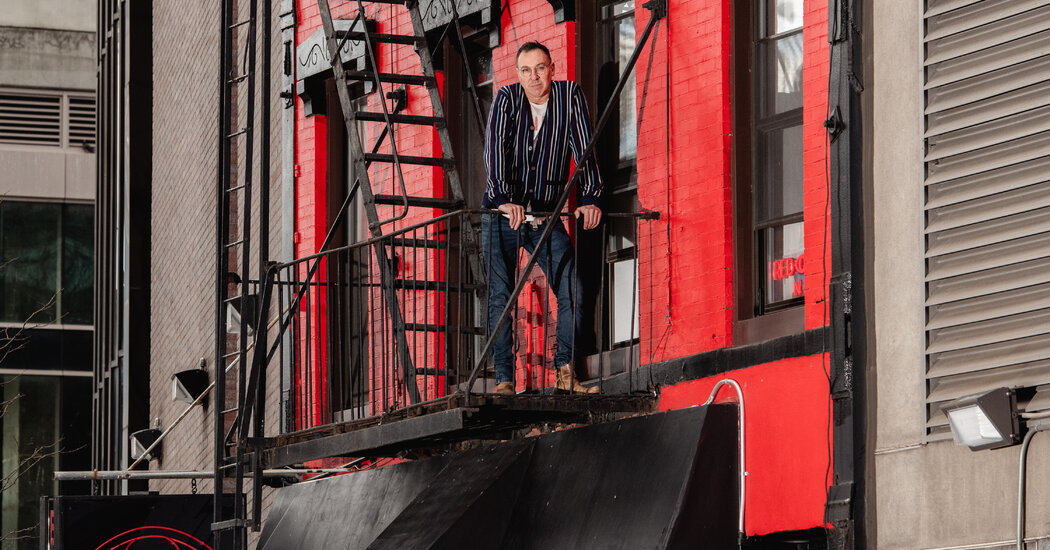 The Fables and the Poseidon

In 1950, Michael and Menina Anagnostou bought a five-story tenement on Ninth Avenue in Hell’s Kitchen for the Poseidon Greek Bakery, a business founded by Michael’s father, Demetrios, in 1923, and long celebrated for its baklava, spanakopita, tiropita (cheese filled phyllo triangles), among other treats. Michael, Menina and Menina’s three children from a previous marriage lived on the third floor and served as landlords to a handful of tenants.

Then in 1960, Michael’s stepson, Anthony Fable, married Lili Cornella, and the newlyweds settled into an apartment on the second floor.

A few years later, when the last of the tenants left the building, the family was able to spread out. Mrs. Fable, now a widow, has the second and third floor. Her son Paul, the only one of her three children to join the business, lives on the top two floors with his wife and two children.

“We once looked at buying a house in New Jersey, but then we said, ‘No, we don’t want this.’ It just wasn’t in our interest to move,” Mrs. Fable said.

As a child, Paul likely viewed the matter differently. When, at the age of 7, he was finally given clearance to walk to school by himself, he crossed the street against the light. A neighbor took note of the infraction, “and called me to tell me that a cab had almost hit him,” recalled Mrs. Fable. When he got home that day, Mrs. Fable recalled, “I dressed him down and said ‘Well, I guess I have to keep walking you to school,’ and he asked, ‘Do you have spies on me?’”

It seems that she did.

“Everybody knew us because we lived above the bakery,” Mrs. Fable said. “It would have been different if we lived somewhere else.”

Lenny, Ray and the Pharmacy-Turned-Bookstore

Soon after Helene Golay and Ray Sherman married in 1976, they were told that their apartment building on East 88th Street was scheduled for demolition, so they began the task of finding a new home.