See What our Analysts Forecast for Q4

The UK government, led by Liz Truss announced a remarkable reversal of the planned tax cuts for the UK’s highest earners this morning. The tax cuts were just part of a wholly unconventional fiscal policy announced by the chancellor on Friday the 23rd of September that resulted in a massive loss of confidence in UK assets and the current government as the pound plummeted and UK gilts sold off at an alarming rate.

The optics surrounding tax cuts for the rich while refusing to commit to increasing welfare benefits in line with inflation has played right into the Labor party’s hands as recent polls suggest a widening preference for Labor leadership. The decision to reverse the tax cuts, no doubt the result of pressure from the conservatives, resulted in a slight lift in the pound as the local currency attempts to recover lost ground. 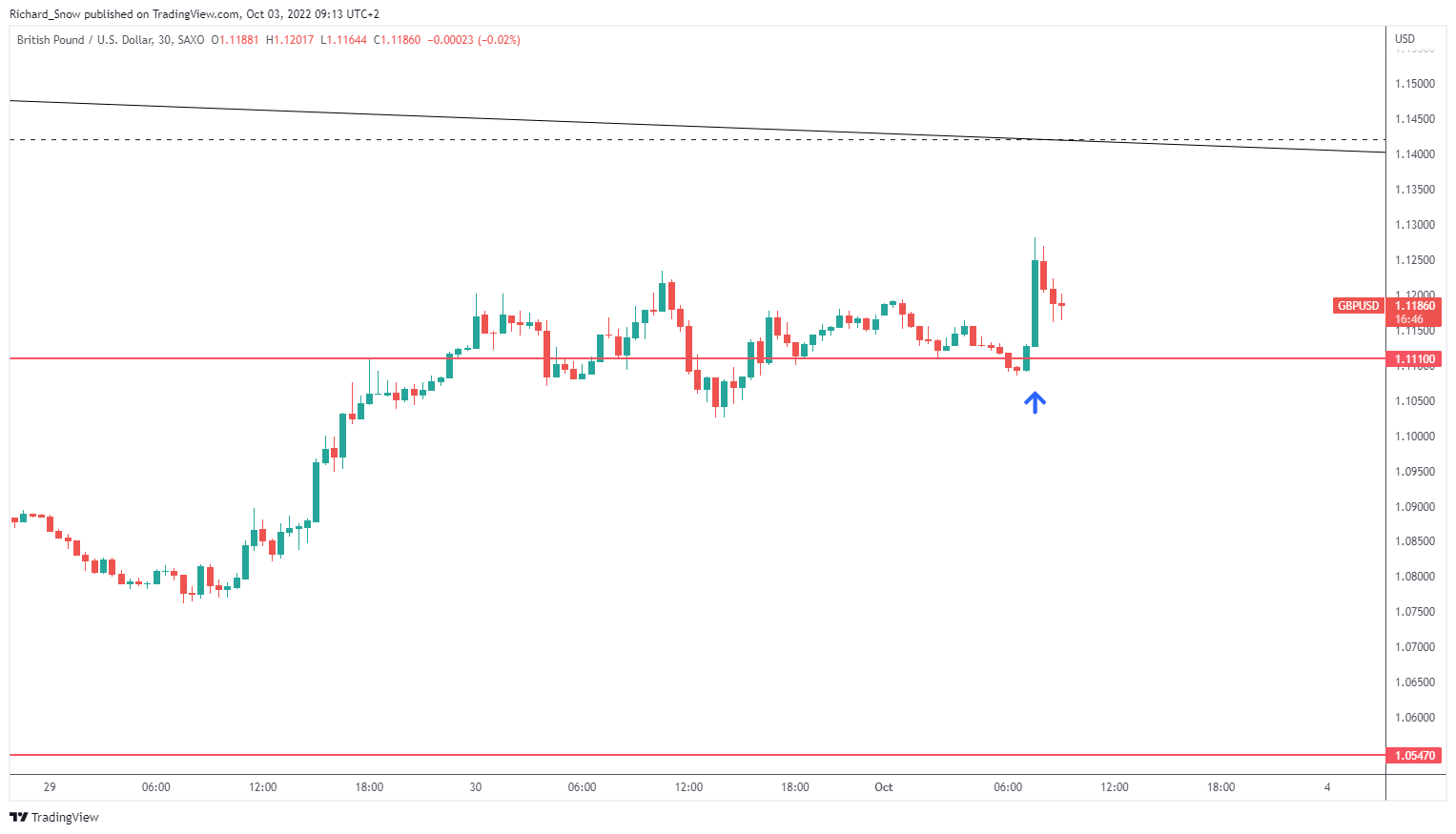 The daily chart reveals what looks like indecision around levels witnessed shortly after Finance Minister Kwarteng revealed the mini-budget on the 23rd of September as prices plummeted. However, the doji candle would need to persist into the daily close as there is still plenty of time in the trading session for subsequent price movement.

Price action has come a long way since the massive drop towards 1.0340. If further revelations about policy reform make their way to the news wire, we could see cable push toward today’s high at 1.1282 and even the descending trendline which connects multi-month highs.

However, when observing sterling, the market is extremely reactive to news flow at the moment meaning a move lower cannot be ruled out, particularly if Liz Truss remains resolute on other aspects of the recent fiscal proposals. 1.1110 appears as near-term support followed by the very distant 1.0547. 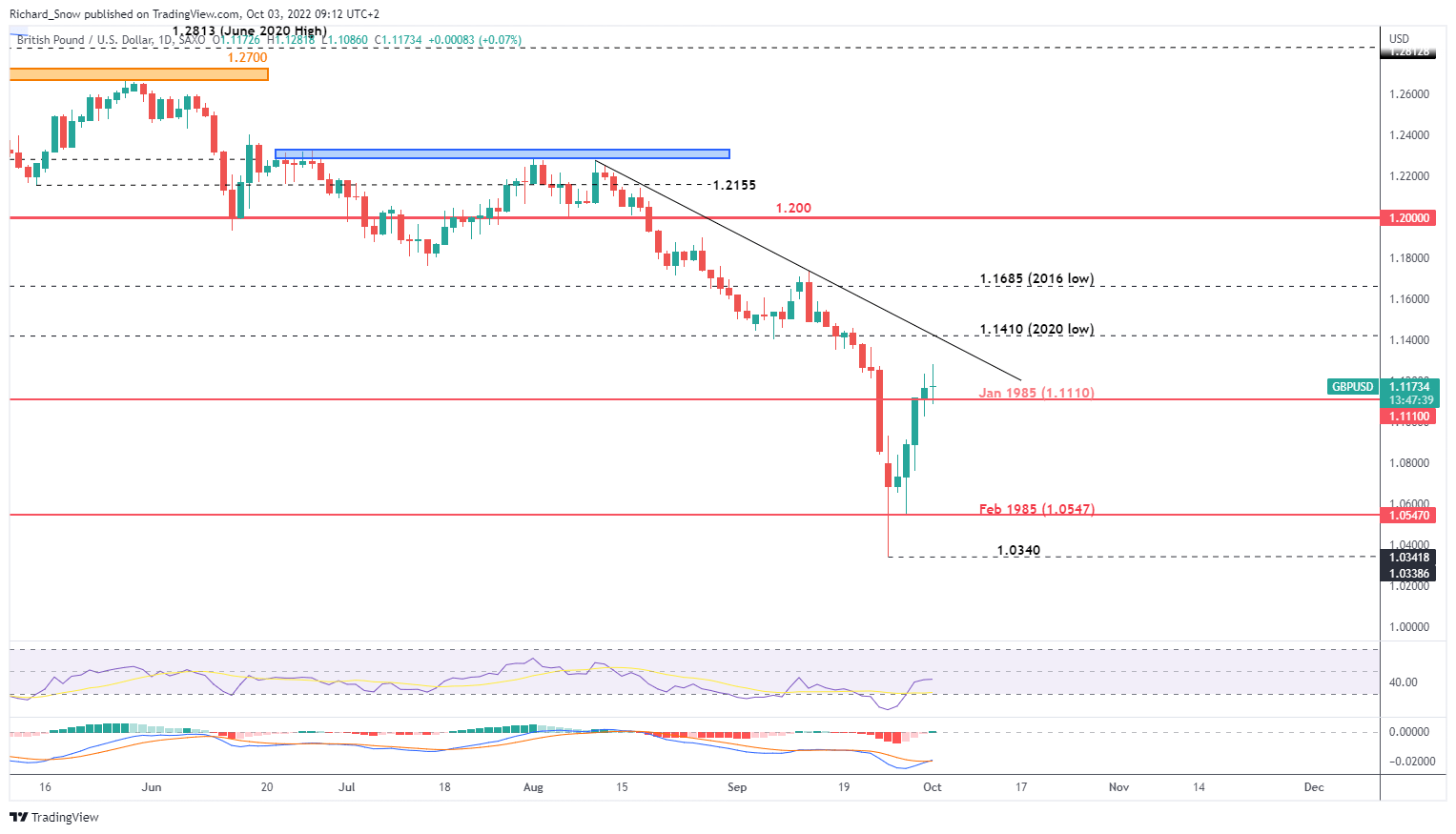 Main Risk Events of the Week

Front and centre will be revelations coming out of the Tory party conference with Kwarteng speaking this morning and Liz Truss having her turn on Wednesday. Also on Wednesday, we have September services PMI data for the US where the figures are anticipated to show a slight drop but still remains in expansionary territory (above 50). On Friday we have US non-farm payroll (NFP) data once again, where the jobless rate is assumed to remain at 3.7% and another 250k jobs being added. If US data continues the uptrend, this allows more room for the Fed to tighten aggressively – weighing on cable over the medium term.

— Written by Richard Snow for DailyFX.com