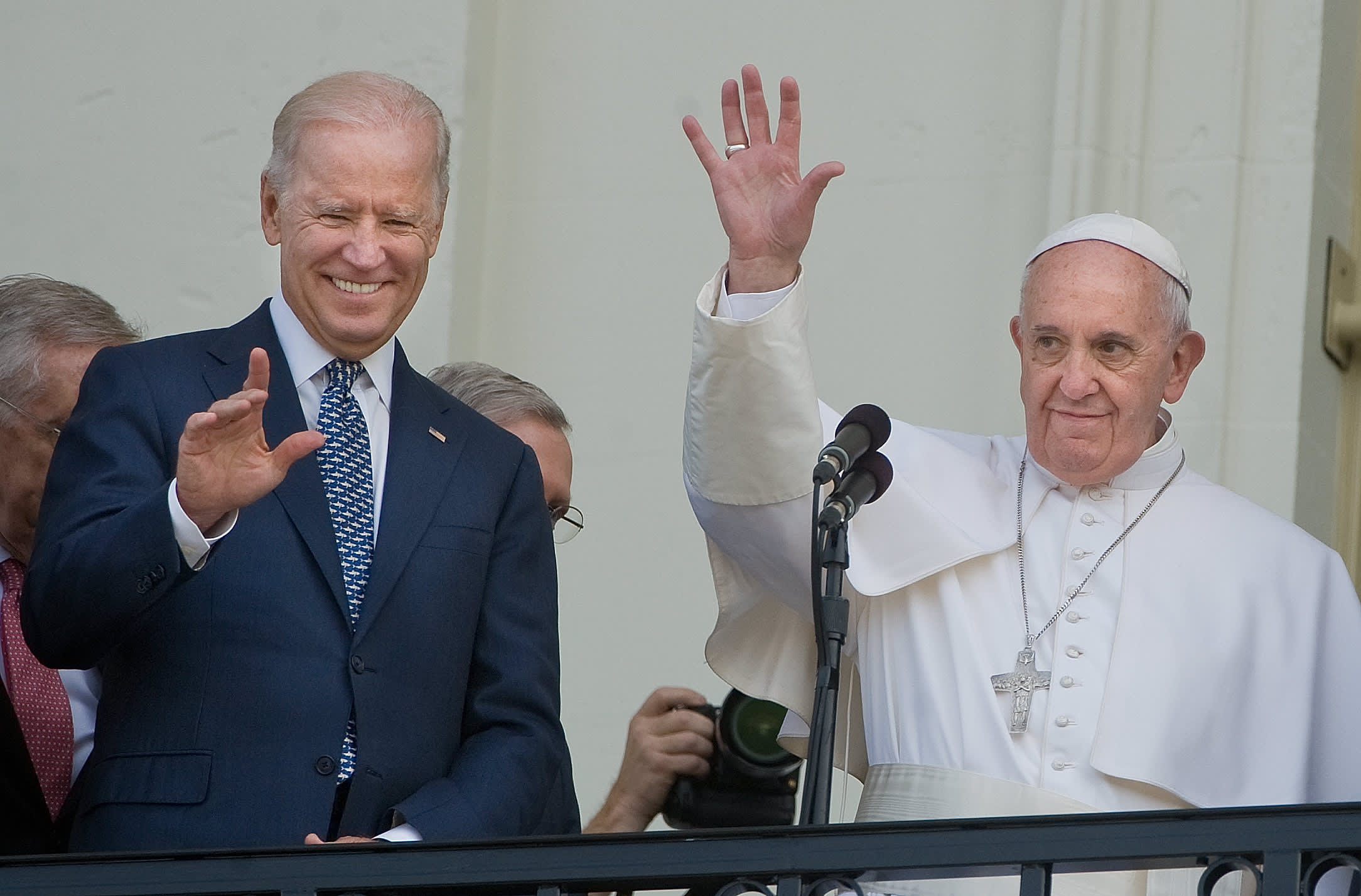 Pope Francis is joined by Vice President Joseph Biden after addressing Congress on his first U.S. visit on Sept 24th, 2015.

WASHINGTON — President-elect Joe Biden spoke with Pope Francis on Thursday, adding to the list of world leaders who have acknowledged the incoming administration.

According to a readout of the call, Biden thanked Pope Francis for his “blessings and congratulations.”

“The president-elect expressed his desire to work together on the basis of a shared belief in the dignity and equality of all humankind on issues such as caring for the marginalized and the poor, addressing the crisis of climate change, and welcoming and integrating immigrants and refugees into our communities,” the readout added.

Biden will become the second Catholic U.S. president, 60 years after Democrat John F. Kennedy became the first member of the faith to hold the office.

The call between Biden and Pope Francis comes as the Trump campaign questions the integrity of the presidential election with a series of legal actions across battleground states. Legal experts have called the challenges meritless. Trump has not conceded the election Biden, who on Saturday cleared the 270-vote threshold needed to win the presidency.

In September, the Holy See denied Secretary Mike Pompeo an audience with Pope Francis. The Vatican accused Pompeo, who was traveling on a diplomatic mission, of using the meeting to attract voters ahead of the U.S. presidential election. The Trump administration has had multiple diplomatic rows with Vatican and has previously called on the pontiff to take a harder line on China.

On Tuesday, Pompeo did not acknowledge Biden’s victory and gave little insight on what guidance he has given to diplomats around the world about the transition process. Other top Trump administration officials, such as Vice President Mike Pence, have publicly insisted that the election is not over despite Biden’s victory.

Throughout his political career, Biden has worn his Catholicism on his sleeve.

In September, during a campaign address, Biden told Americans to “be not afraid,” evoking a passage of scripture frequently quoted by Pope John Paul II.

In his victory speech, Biden offered a Catholic hymn that he reflected on after the death of his son Beau Biden. The hymn “On Eagle’s Wings” is based on Psalm 91 and for Catholics is a typical repertoire at funerals.

“In the last days of the campaign, I began thinking about a hymn that means a lot to me and my family, particularly my deceased son Beau. It captures the faith that sustains me and which I believe sustains America,” Biden said.

“My heart goes out to each and every one of you,” he said to those who had lost a loved one to coronavirus. “Hopefully this hymn gives you solace as well. It goes like this,” he said before launching into the song’s refrain.

“And he will raise you up on eagle’s wings, bear you on the breath of dawn, make you to shine like the sun, and hold you in the palm of his hand,” Biden said.