Get Your Free JPY Forecast

The Japanese Yen held it’s ground today as USD/JPY traded toward 145.00 even though North Korea launched a ballistic missile. It travelled over Japan before splashing down east of the island nation in the Pacific Ocean.

The government instructed residents in the north of the country to seek shelter. Despite this, Japan’s Nikkei 225 index finished 2.81% higher. Chinese and Hong Kong markets remained closed today.

Market positivity appeared to carry over from Wall Street and seemed to get another leg up from the RBA.

The Australian Dollar slipped half a cent lower after the Reserve Bank of Australia (RBA) lifted the cash rate target by a less than expected 25 basis points (bps) to 2.85% from 2.60%.

The market seems to be getting excited about the prospect of less aggressive tightening from central banks going forward.

The slide in the Aussie dragged NZD/USD down ahead of the RBNZ meeting tomorrow. The market is anticipating a 50 basis point hike to 3.50%.

GBP/USD is unchanged through the Asian session after yesterday’s fireworks. The backflip in fiscal policy plans saw Sterling and Gilts recover to pre-announcement levels.

Crude oil is steady so far today as the market awaits the result of Wednesday’s OPEC+ meeting where a cut to production appears to be on the agenda. The WTI futures contract is just under US$ 84 bbl while the Brent contract is a touch above US$ 89 bbl.

The full economic calendar can be viewed here.

How to Trade USD/JPY

USD/JPY remains in an ascending trend channel as it approaches 145 again. On a previous visit above this level, the Bank of Japan intervened, selling USD/JPY.

The price remains above several end simple moving average (SMA) with positive gradients and this may indicate bullish momentum is unfolding. 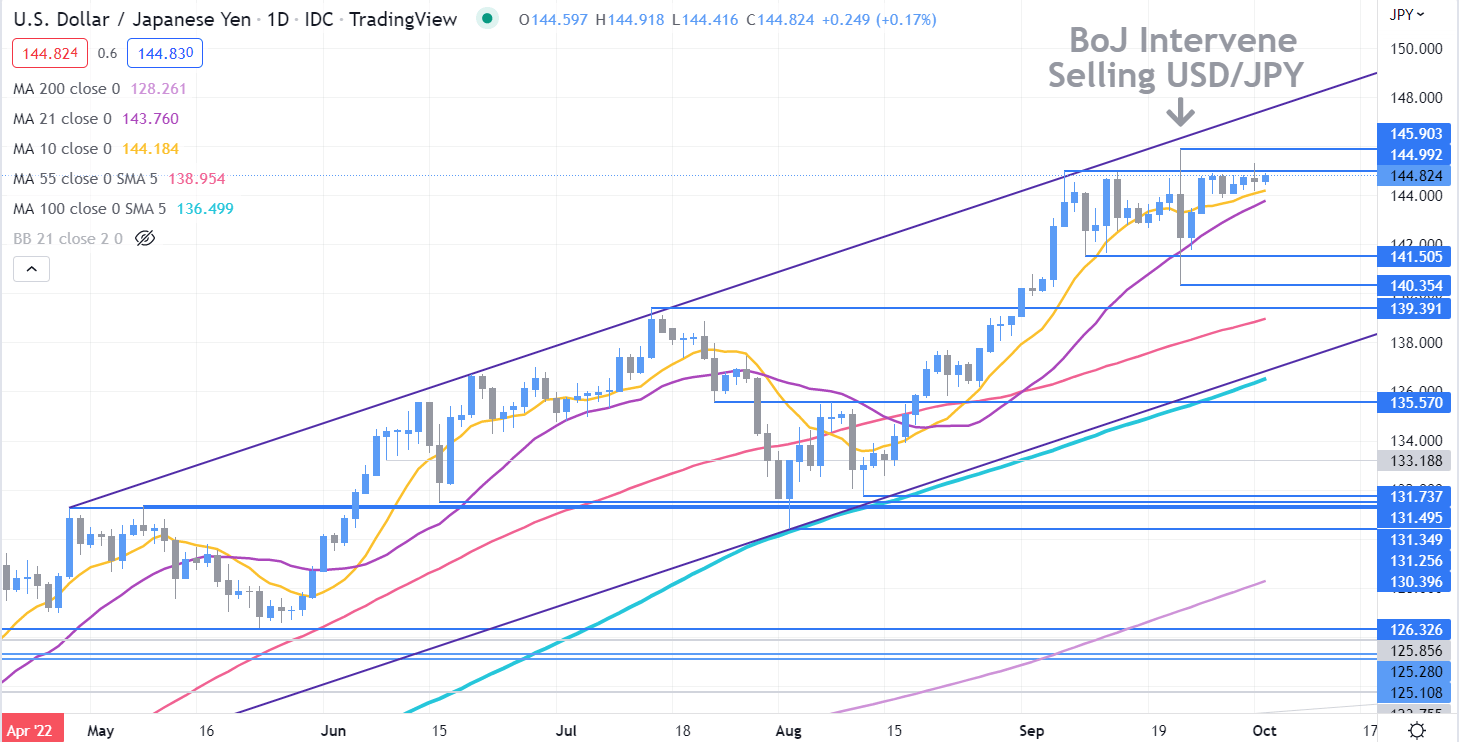