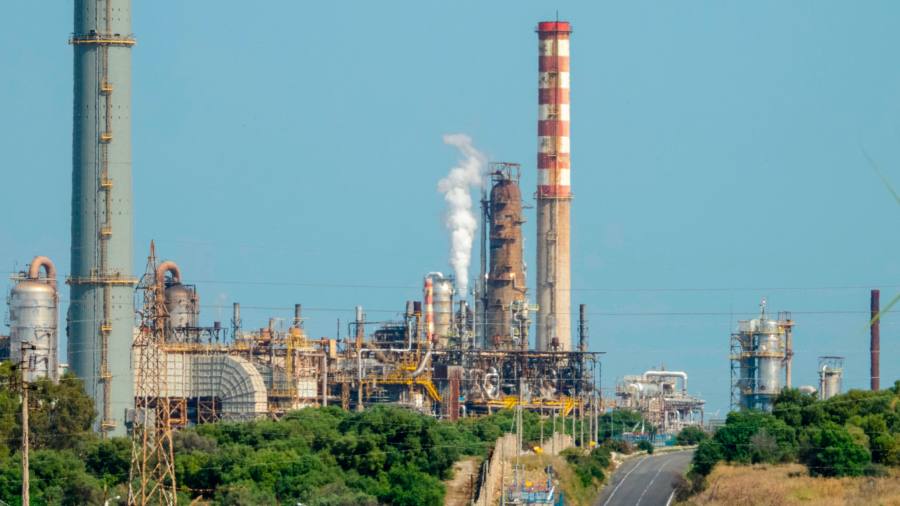 A US private equity firm is the frontrunner to acquire a Lukoil refinery in Sicily as Italy seeks an alternative to nationalisation for a plant facing shutdown if it stays in Russian hands.

Crossbridge Energy Partners spent 12 days carrying out due diligence at Lukoil’s ISAB facility at Priolo this month, according to three people close to the situation. The firm, an affiliate of Postlane Capital Partners, bought an ageing Danish refinery from Shell in 2021.

When EU sanctions targeting Russian seaborne oil exports come into full effect in December, the Priolo refinery will lose access to the Lukoil-supplied crude on which it relies. A sale to non-Russian owners would allow the plant, which supplies 22 per cent of Italian road fuels, to seek alternative sources of oil.

Italy, which has been in political deadlock since the collapse of its national unity government in July, has refused to explore a nationalisation of the Lukoil plant despite the threat to fuel supplies.

Energy transition minister Roberto Cingolani said last week that “the best thing would be a takeover by a non-Russian international counterparty”.

The matter, however, could be revisited by a new government after the country’s general election on Sunday. The current administration only has power to intervene in case of an imminent threat to jobs or national energy security.

Crossbridge declined to comment on the potential for a deal. ISAB Lukoil declined to comment. The refinery’s new chair ​​Rustem Gimaletdinov visited Sicily this week and told staff that no sale was planned, according to local media reports.

Vitol, the world’s largest independent oil trader, has also recently held talks with Italian authorities about the future of the Sicilian plant, according to the people close to the talks. Norway’s state-backed energy company Equinor also expressed a provisional interest, according to two people familiar with the discussions. Both companies declined to comment.

Businesses were reluctant to enter into direct negotiations with a Russian counterparty given the potential for reputational damage, the people said, and wanted the Italian government to act as an intermediary.

Vitol has also held talks with Crossbridge to explore a joint bid, but the two have so far failed to reach an agreement, according to people with direct knowledge of the matter. One person added that Crossbridge currently favoured buying the asset on its own before exploring a collaboration with strategic partners.

The Lukoil refinery employs more than 1,000 staff in one of the poorest areas of the country and indirectly supports about 2,000 jobs in satellite activities in the area.

Western companies looking at buying Russian-owned assets have been reluctant to discuss the matter publicly fearing criticism for continued dealings with Russian groups following the invasion of Ukraine. Western governments, however, are keen to make sure sanctions against Russia do not backfire by cutting oil supplies at a time when energy markets are already in crisis.

ISAB, acquired in 2008 by Lukoil’s Switzerland-based trading arm Litasco, this year lost its global crude supplies after lenders stopped providing financing following the EU’s imposition of sanctions on Moscow, forcing it to rely solely on supplies of Russian oil from Lukoil.

In August economic development minister Giancarlo Giorgetti met with Lukoil representatives and the Sicilian workers union to discuss the economic and employment fallout of a potential shutdown of the refinery.

A spokesperson for Giorgetti said the minister was not involved in the sale talks: “[We] do not have a specific competence over this dossier, it is a negotiation between private parties”.