( / ) ( / ) ( / ) ( / ) ( / ) ( / ) ( / ) ( / ) ( / ) ( / )
Trending Now
Start-Up Funding Falls the Most It Has Since...
Beijing city to require Covid vaccinations for some...
Bitcoin Price Seems Primed For A Strong Wave...
Europe’s biggest biogas producer warns EU targets unachievable
New York Times avoids falsehoods peddled by Nina...
Here’s what ALGO whales are up to while...
Amazon (AMZN) Takes Equity Stake in Grubhub
Sepolia testnet Merge mostly successful — ‘Hiccups will...
Bitcoin-friendly Próspera hits back at controversy in The...
Crude Oil Price Under the Pump on Wild...
Home Economy How to Prevent a Coronavirus Depression
EconomyNews

How to Prevent a Coronavirus Depression 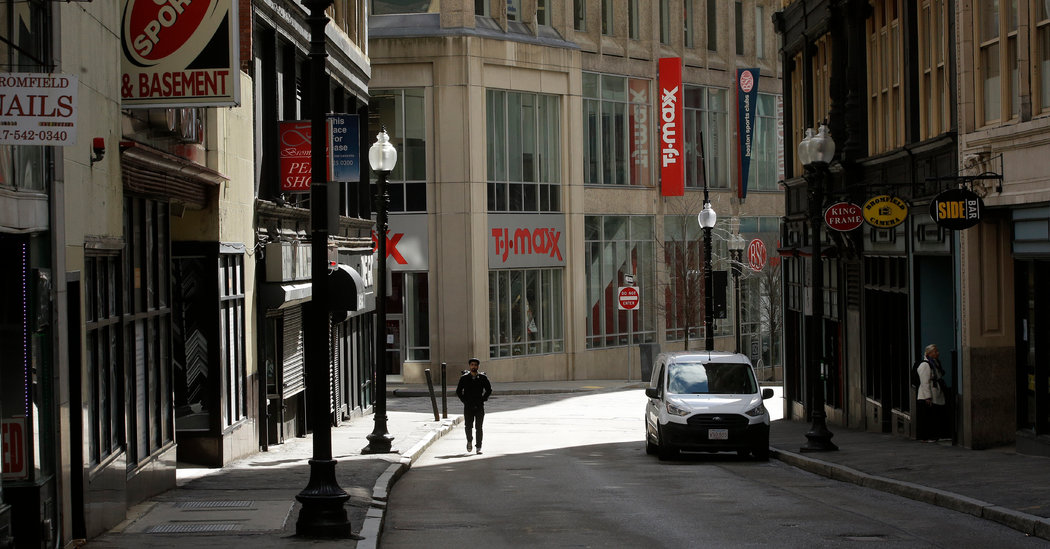 There is little doubt that economic data in the weeks to come will obliterate all modern records in their awfulness.

One Federal Reserve official has said the unemployment rate could hit 30 percent, three times its level at the worst point of the 2008-2009 Great Recession. And he has suggested that G.D.P. could fall at a 50 percent annual rate next quarter, which would be five times worse than the worst single quarter on record. Economic forecasters at major banks differ in degree, not direction, of the disaster facing the American economy.

Just how bad those numbers get in the next few months may amaze future historians. But what matters now is whether this turns out to be a severe-but-brief disruption to economic life from which the United States and other major economies can quickly recover, or the beginning of a long, scarring depression. And the economic data we usually rely on are particularly ill-suited to offer useful information on that question.

To reach that more optimistic outcome, the U.S. government is trying to build, at great speed, a three-legged stool. All three components need to come together to make it plausible to return to prosperity reasonably quickly once the coronavirus outbreak is safely contained. One or two won’t be enough.

First, the nation needs to ensure that who lose their jobs do not experience personal catastrophe with long-lasting effects. Second, it must ensure that they have jobs to go back to — that businesses with sound long-term prospects don’t collapse in the interim. Third, the system of borrowing and lending needs to remain functioning to avoid a freeze-up of credit that would make the other two goals impossible.

The remarkable $2 trillion legislation Congress that was on the verge of passing Wednesday, along with a series of extraordinary actions by the Federal Reserve this month, constitute the United States government’s efforts to bolster each of those legs.

Not all unemployment is created equal.

Sometimes a person loses a job and after a few weeks finds something new. It can be a wrenching experience, but it is also how a dynamic capitalist economy reinvents itself, funneling labor where it is most productive.

Periods of prolonged mass unemployment, when there are simply no jobs out there, are a different story. They tend to create lasting damage.

When people lose their jobs and remain unemployed for a long period, they are more likely to lose their home to foreclosure, disrupting the rhythms of their lives. They may lose their health care coverage. Their skills and relationships may atrophy in ways that make it harder to go back to work when jobs become plentiful.

And the income the newly jobless lose in those circumstances contributes to the freeze-up in the broader economy. Being forced to drastically cut spending can fuel a vicious cycle of lost revenue for businesses and cause other people to lose their jobs.

In short, when people’s incomes collapse in a crisis like this, there’s a great risk that their lives will unravel, with long-term consequences.

“Unemployment is more than just a period when you have lower earnings,” said Katharine Abraham, a University of Maryland economist who has researched long-term unemployment.

Part of the case for generous help for people losing their jobs — like the funding for a major expansion of unemployment insurance benefits, which is included in the bill moving through Congress — is that it can halt that vicious cycle.

Ms. Abraham says that it will be particularly desirable to maintain workers’ connections with their employers. This could be accomplished, for instance, by work-sharing arrangements in which hours are cut but employees not laid off, with unemployment benefits filling the income gap. It’s an approach embraced in the new legislation.

“We really want to try to preserve the relationship between firms and their workers,” she said. “Then when things start to pick up, it’s a lot easier for the firm to restart because they don’t have to go out and hire people.”

Helping people who lose their jobs won’t, by itself, prevent long-term economic damage.

With vast numbers of businesses experiencing a collapse in revenue — and in many cases a complete suspension of operations — there is an acute risk of widespread bankruptcies and business closures.

Think of a neighborhood restaurant that is reduced to a handful of takeout and delivery orders while customers are self-isolating. The restaurant can cut back employee hours, reducing payroll cost. But it still owes rent to its landlord; loan payments to its bank; utility costs; property taxes and more.

If the restaurant can get some mix of forbearance from its creditors and favorable loans or grants from the government, it may be poised to open as soon as people can safely eat out again, allowing a rapid return to its normal role in the economy.

If the landlord evicts or the creditors force the company into bankruptcy, it could be months or years before that economic activity returns.

Yes, eventually a new tenant could be found, and the former employees could find new jobs. That’s why bankruptcy works perfectly well in typical business failures. But when all kinds of businesses are failing all at once, it paralyzes the economy.

“Ideally you want all those small and medium-sized businesses that were solvent and doing a great job as of Feb. 1 to still be around and able to do business when folks can get back to work,” said Heather Boushey, president of the Washington Center for Equitable Growth.

It’s true even at bigger scale, with large companies like cruise lines and airlines. In a vacuum, it would do no harm to the economy for them to go through a normal bankruptcy process, with shareholders being wiped out and creditors taking over ownership.

The risk is that the entire complex fabric of the American economy will be ripped apart at once — and that it will take years, rather than months, to weave it back together.

Several elements of the new rescue legislation are aimed at preventing that from happening. There is $75 billion in bailouts targeted at specific industries, and $425 billion devoted to business lending broadly, which the Federal Reserve can match with 10 times as much cash. Essentially, it sets the stage for a truly huge reservoir of funds to try to ensure businesses are ready to resume normal functioning as soon as public health allows.

Leg 3: Allow the financial system to support a recovery

In the last few weeks, the economic crisis has also been a financial crisis. For a rapid recovery to take place, that will need to change.

This isn’t really about the stock market. The plunge in stock prices is a reflection, rather than a cause, of this perilous moment. But what is happening in many credit markets is more worrying.

For several days, the market for Treasury bonds — the most important asset in global finance — was dysfunctional, with fewer transactions as buyers and sellers were far apart on price. This resulted in rising borrowing costs for the government, despite efforts by the Fed to push interest rates down.

Problems in the Treasury bond market have diminished since the Fed announced open-ended bond purchases under its quantitative easing program, which could reach into the trillions of dollars. That provides some confidence the government will have easy access to the credit it needs to rescue the economy.

But other sectors aren’t so lucky. Mortgage markets have also been dysfunctional as investors hoard cash, and as some firms that buy up mortgage securities face major financial strains. If that continues, it will be harder for home buyers to get mortgages and could cause problems throughout the housing sector.

Investors have dumped municipal bonds, causing their interest rates to spike. If sustained, that would make it expensive or impossible for state and local governments to borrow money they need to get through a period in which their public services are likely to be stretched to the limit.

Many years ago, the former Fed chair Ben Bernanke and colleagues wrote of a “financial accelerator” in which problems in the economy can, by disrupting the flow of credit, metastasize into much bigger problems. The Fed has recently announced a range of programs, many built on Mr. Bernanke’s crisis-response strategies from 2008, to try to prevent that financial accelerator from taking hold now.

There are two pieces of good news about the three-legged stool.

One is the U.S. government is acting on a remarkable scale, at rare speed, to try to ensure each leg is in place. There will be plenty of time to argue on the exact structure of the programs and what should have been done earlier, but the magnitude of the potential economic disaster has become clear in Washington.

The second is that strengthening each leg makes the entire stool more solid. Helping unemployed workers will help businesses get back to regular functioning sooner, and both will help reduce the freeze-up of credit more broadly, which in turn will help consumers and businesses.

But it is the combined strength of all three that will determine whether this episode is a footnote of economic history or a long, harrowing chapter.