How the coronavirus crisis could establish China as a global leader 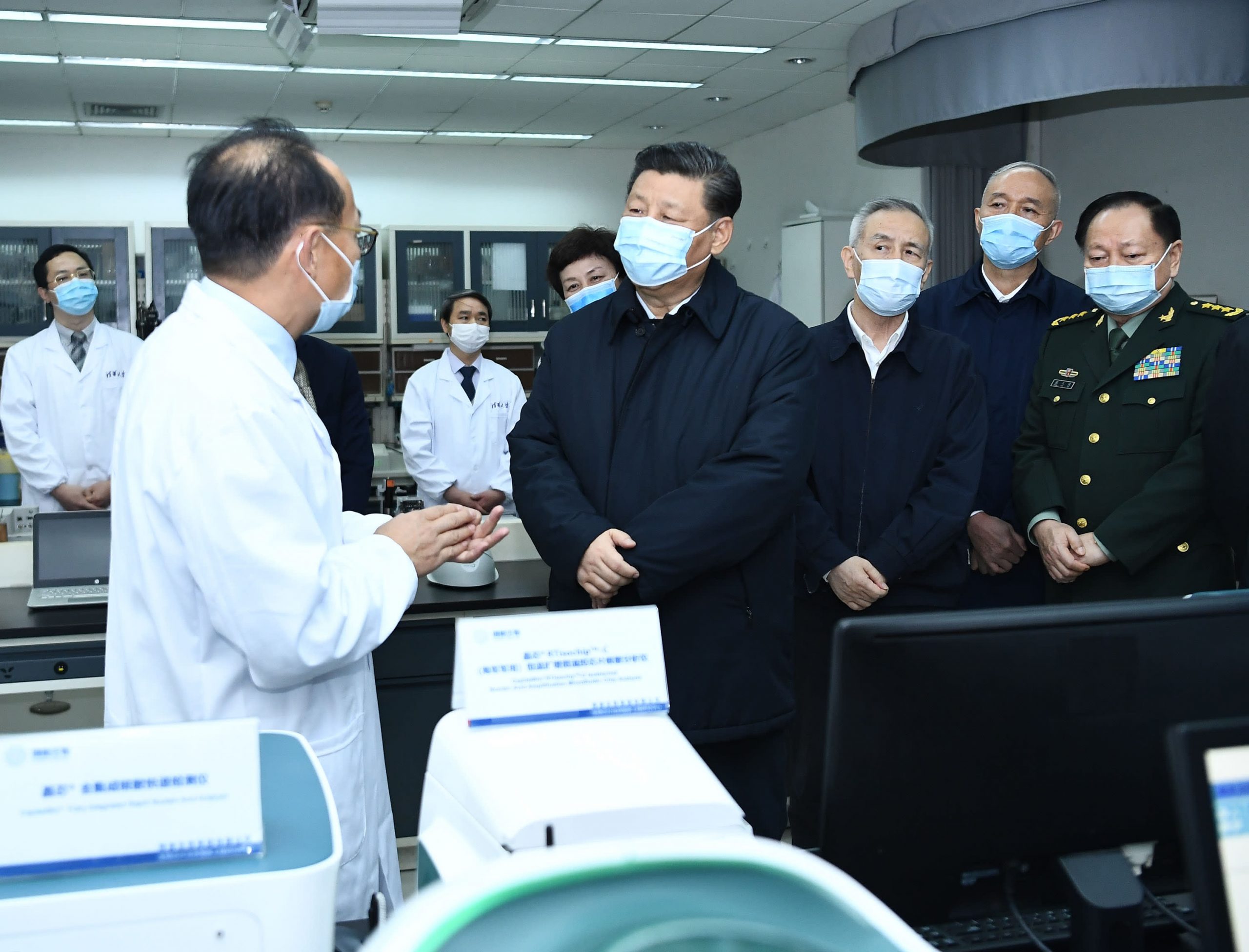 Chinese President Xi Jinping, also general secretary of the Communist Party of China Central Committee and chairman of the Central Military Commission, talks with experts during his visit to the School of Medicine at Tsinghua University in Beijing, capital of China, March 2, 2020.

The coronavirus crisis could be the “opportunity of the century” for China to cement its place as a global power, a professor told CNBC on Tuesday.

“I think this is the opportunity of the century for China to build trust in the world, which it has found so difficult to come by as a rising nation, and to rebuild its international image — China doesn’t (want to) waste an opportunity like this,” Keyu Jin, associate professor of economics at LSE, told CNBC’s “Squawk Box Europe.”

She added that China had seized opportunities to elevate its position during other recent economic crises, such as the financial crisis and through its support of the European debt market.

“We’ve seen it solidify and make these ties stronger and more mature,” Jin said. “And even though there has been a lot of tension between the U.S. and China recently, I believe the Chinese stance and direction is still to come out as a country that will help the U.S. rather than be a bystander — it will guarantee critical medical supplies and equipment, and help whoever needs it, especially developing countries.”

“This is their chance, they’re looking at the long-run game,” she said.

The new strain of coronavirus, known as COVID-19, was first reported in December in the Chinese city of Wuhan.

While China has reportedly deployed medics and sent equipment to nations struggling with the coronavirus overseas, the country has faced criticism over its own handling of the virus, which is thought to have originated in a wildlife market, or wet market.

In late January, Chinese authorities announced a temporary ban on the trade of wild animals in wet markets, supermarkets, restaurants and e-commerce platforms — but experts and wildlife organizations have called for a permanent ban to help prevent future pandemics.

China has also been criticized for a lack of transparency throughout the outbreak.

In the U.S., the Trump administration has frequently dubbed COVID-19 the “Wuhan virus” or the “Chinese virus,” with the President suggesting earlier this month that some blame lies with the Chinese Communist Party for the pandemic. Meanwhile, the U.K. government has suggested China failed to adequately report the true scale of the outbreak.

US President Donald Trump participates in a meeting with Supply Chain Distributors to discuss the response to COVID-19 at the White House in Washington, DC, on March 29, 2020.

During a press briefing this month, China’s foreign ministry objected to the term “Wuhan coronavirus,” arguing it would stigmatize the country. Officials have claimed the virus may not have originated in China, with one spokesperson accusing the U.S. of a lack of transparency and suggesting the virus could even have been imported to China by the American military.

The WHO has cautioned against blaming individual countries for the spread of COVID-19, warning that pointing fingers at nations with a high number of cases could discourage accurate reporting on domestic outbreaks.

According to the LSE’s Jin, who spoke to CNBC from Beijing, there was rising anti-U.S. sentiment in China due to the American government’s stance on the origin of the coronavirus.

“But I think the diplomatic stance, the official stance, is shifting — they want to promote more coordination, cooperation, want to put aside these differences,” she said.

“We’re not going to be able to talk about a trade deal given that half the economy is frozen now. That will guide some of the popular sentiment and (the government will) try to convince the Chinese people that this is the chance for China to do more things for the world — not just out of a strategic interest, but also out of a humanitarian imperative.”

More than 800,000 cases of the coronavirus have been confirmed around the world to date, according to data compiled by Johns Hopkins University, with 38,743 deaths.

Stellar: Factors that didn’t play in favor of...