How does Britain’s voting system work? 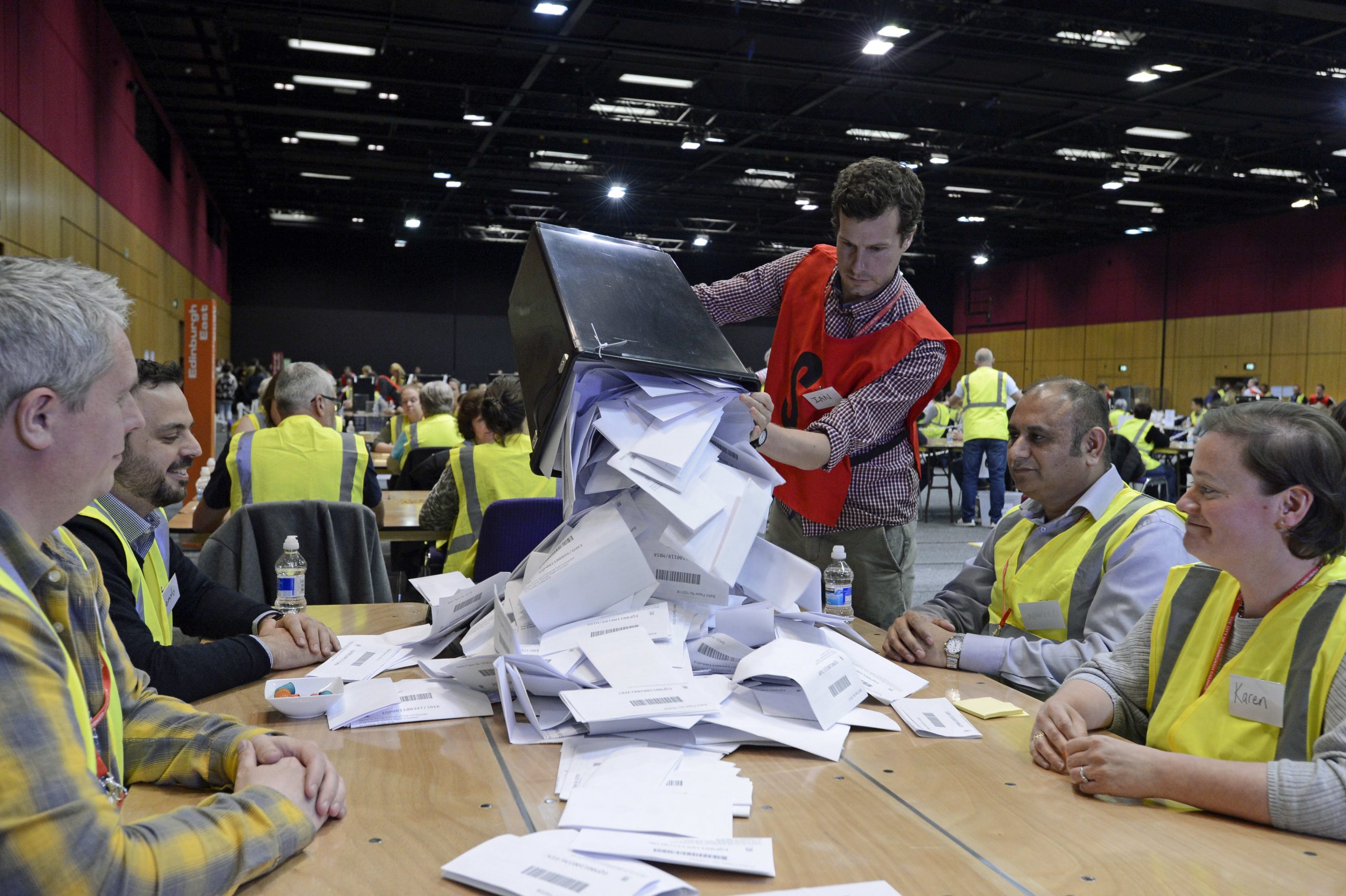 The U.K.‘s first December election in almost a century is likely to decide whether the world’s fifth-largest economy leaves the European Union next month or moves toward another EU referendum.

Prime Minister Boris Johnson has sought to frame the vote on Thursday as the “Brexit election,” promising to deliver his so-called “oven ready” divorce deal and take the country out of the EU by Jan. 31.

In contrast, opposition leader Jeremy Corbyn has said that, if elected, his left-leaning Labour party would hold another EU referendum within six months. This vote would offer Britain the choice between a “credible” renegotiated leave deal — including a customs union and close single market relationship with the EU — or the option to remain.

Johnson’s center-right Conservative government holds a commanding lead in the latest opinion polls, with just one day to go before the election. But, in the wake of 2017’s prediction-confounding result, many will be wary of a vote that is much closer-than-expected.

CNBC takes a look at all you need to know about Britain’s voting system.

How is the British voting system set up?

In a general election, the U.K. is divided into 650 local areas called parliamentary constituencies, each of which is represented by one member of parliament (MP) in the House of Commons.

All British, Irish or qualifying Commonwealth citizens resident in the country and aged 18-years-old or over on Dec. 12 will be able to vote. Britons living abroad — who have been registered to vote in the U.K. in the last 15 years — will also be able to cast their ballot.

The total number of registered U.K. voters at the end of December 2018 was roughly 46 million, according to the most recent data available from the Office for National Statistics.

Polling stations open between 7:00 a.m. and 10:00 p.m. London time on Thursday — but some may have already cast their ballot in advance by post.

General elections in Britain operate on a first-past-the-post basis. This means the political candidate that receives the most votes in each constituency will win a seat in parliament.

Advocates of first-past-the-post argue it is a simple and familiar process which usually delivers a one-party government. This allows the elected party to form an executive and implement their plans over the next five years.

However, this voting system is not without its critics. That’s because, in most constituencies, the majority of Britons typically end up voting against the winning candidate rather than for them.

In fact, of the 21 general elections held between 1935 and 2017, the majority of voters only voted for parties that formed the government on two separate occasions, according to the Electoral Reform Society.

Some of the U.K.’s political parties also argue the system prevents them from receiving fair representation in Parliament.

When will we know the result?

An exit poll published when polls close at 10:00 p.m. on Thursday usually gives a reliable indication of how the election has gone.

In 2017, this poll correctly called that Theresa May‘s Conservative Party had fallen short of an expected parliamentary majority.

Labour leader Jeremy Corbyn delivers a speech as he visits Nelson Library in Market Square on December 10, 2019 in Nelson, England. Mr Corbyn will address Labour activists in the North West as part of his final campaign tour before polling day.

Most constituencies start counting votes immediately after 10:00 p.m., with local areas expected to declare their respective winners during the early hours of Friday morning.

All results must be declared by the end of Friday.

A clear exit poll at 10:00 p.m., followed by official constituency results thereafter, might be enough to prompt opposition party leaders to concede to the winner — or the winner may declare victory.

However, if the result is too close to call, parties are likely to wait until almost every ballot has been counted.

What if there’s a hung parliament — again?

If no party can secure a parliamentary majority, the result is known as a hung parliament.

In the U.K., a party must secure at least 326 seats from a total of 650 in the House of Commons to form a parliamentary majority. The winning threshold is slightly lower in practice because lawmakers from Northern Ireland’s Sinn Fein party do not attend Parliament.

If, as in 2017, the election produces another hung parliament, parties may try to form an alliance with one another to help them win votes in Parliament.

A Christmas tree and a door wreath seen on No 10 Downing Street.

As the incumbent, Conservative Party leader Boris Johnson would get first try to form an executive. He may decide to negotiate with another party or parties to build a coalition — such as in 2010, when the Conservatives entered government alongside the Liberal Democrats.

Or, he may follow in the footsteps of his predecessor and seek to form a confidence and supply agreement. May returned to Downing Street in June 2017 after reaching this type of deal with Northern Ireland’s Democratic Unionist Party (DUP).

Or, Johnson may choose to resign, typically after failing to build a coalition and recommend the leader of the largest opposition party be invited to form a government.

As is typical with parties still in campaign mode, they have all suggested they would not be willing to work together to form a government.