How coronavirus could permanently change the movie industry 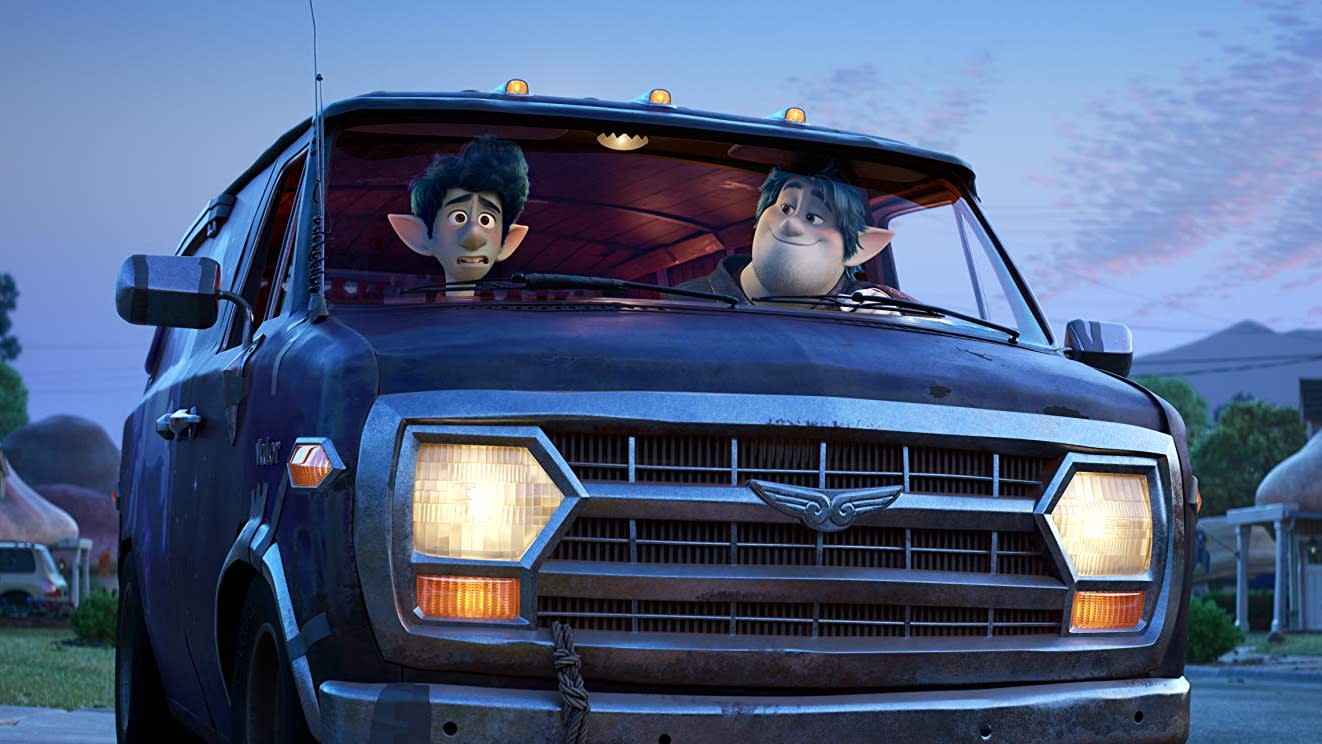 Tom Holland and Chris Pratt voice teenage elf brothers in Pixars’ “Onward.” The pair embark on a quest to spend one last day with their father, who died when they were too young to remember him.

The COVID-19 coronavirus outrbreak has sparked a dramatic first for the movie industry: movies are being made available at home the same time they’re available in theaters.

The distinction between a theatrical and a digital release is disappearing as theaters shut down. This could fundamentally changes studios’ leverage in negotiations with theater chains, permanently alter consumer behavior and raise the bar significantly for going out to the movies.

The latest announcement came on Friday from Disney: Pixar’s “Onward” will be available to buy digitally for $19.99 beginning Friday evening, and then will launch on the Disney+ subscription service on April 3 in the U.S. It’s been just two weeks since “Onward'” debuted in theaters — typically it would be another two and a half months before the film is available to watch at home via purchase or rental. And Disney would typically wait additional months, not just two weeks, before offering the film on its subscription Disney+. But all the rules are going out the window now that theaters are closed and the potential for that box office revenue is gone.

The closure of major theater chains across the country is driving studios to break what’s known in the industry as the “window” – the three-month period between when a movie hits the big screen, and when it’s offered for video on demand purchase or rental, and then on streaming devices.

For years, many of the studios and theater chains have been locked in a battle over shortening the window: doing so would enable studios to tap into awareness from a theatrical release as well as the value of theatrical marketing dollars to drive downloads or rentals. Until just last week, the major theater chains were so entrenched in their insistence on a three-month window to protect ticket sales, that they refused a one-month window to show Netflix‘s ‘The Irishman.’ Theater chains have resisted a push by AT&T/WarnerMedia’s Warner Brothers and Comcast‘s Universal Pictures in particular to allow them to shorten that window for certain films. But now that the theaters have zero negotiating leverage, studios are making unprecedented moves to bring their films to audiences.

Universal was the first studio to take these steps, announcing on Monday that it will make movies available at home on the same day as their global theatrical release, starting with “Trolls World Tour,” which had been scheduled to open April 10 in the U.S. Three Universal films that had been in theaters before they closed — “The Hunt,” “The Invisible Man,” and “Emma” — will be available for a 48-hour rental starting Friday.

“Rather than delaying these films or releasing them into a challenged distribution landscape, we wanted to provide an option for people to view these titles in the home that is both accessible and affordable,” said NBCUniversal CEO Jeff Shell in a press release.

It’s been just a week after Sony Pictures released Vin Diesel’s “Bloodshot” in theaters; on March 24 the film will be available for digital rental and purchase. Warner Brothers followed by giving “Birds of Prey” an early digital release.

We’ve also seen these same studios delay major releases — Disney pushing off the global launch of “Mulan” and its Avengers film “Black Widow.” Universal delayed the launch of its “Fast and Furious” sequel, “F9,” by a year. And Sony delayed the release of its next James Bond film, “No Time to Die” until the fall.

The question is when theaters open again, will streaming theatrical releases the same day they’re in theaters become the new normal? Now that the cat is out of the bag, will studios get to pick which films they give that three-month theatrical window, and for which ones they close it or eliminate it directly? That all comes down to how much negotiating leverage the theater chains have. And for now, as the National Association of Theater Owners calls on Congress for a bailout, it’s not looking like a lot.