Greta Thunberg Says It’s ‘Extremely Likely’ That She Had Coronavirus 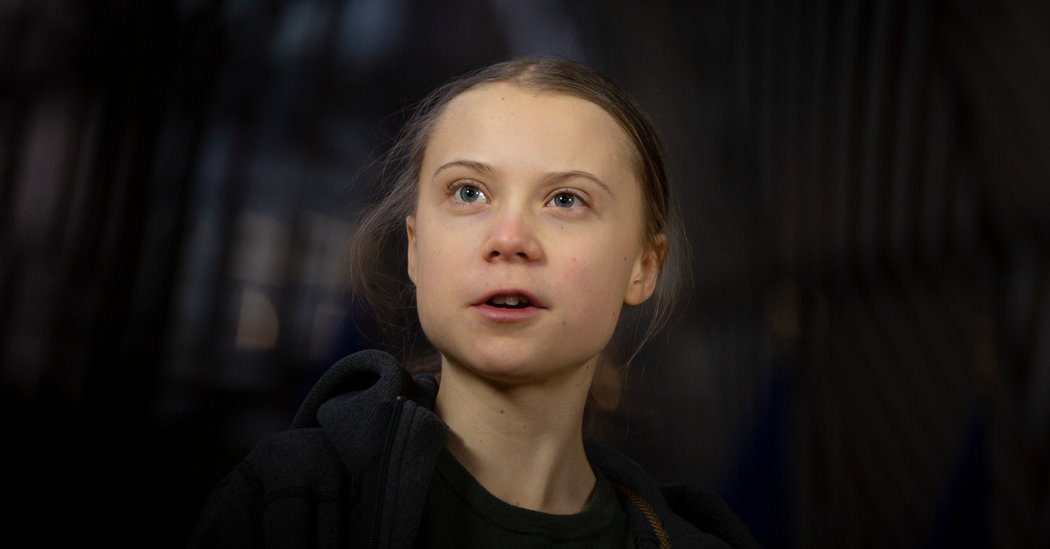 Greta Thunberg, the 17-year-old Swedish climate activist, announced on Tuesday that she and her father, Svante, had symptoms of Covid-19 and that while hers were mild, it was “extremely likely” that she had contracted the virus. She used the announcement to urge young people to stay at home, even if they don’t feel sick, to protect those who are more vulnerable.

“Many (especially young people) might not notice any symptoms at all, or very mild symptoms,” she said on Instagram, where she has 10 million followers. “Then they don’t know they have the virus and can pass it on to people in risk groups.”

“We who don’t belong to a risk group have an enormous responsibility, our actions can be the difference between life and death for many others,” she said.

Ms. Thunberg spoke to European Union lawmakers at a meeting in Brussels in early March. In an effort to protect her mother and her sister at home in Stockholm, Ms. Thunberg said she and her father, who accompanies her on her travels, had isolated themselves in a separate apartment.

She said she had felt “tired, had shivers, a sore throat and coughed.” Her father, she said, felt far worse and had a fever. Sweden offers Covid-19 tests only to those who need urgent medical care, she wrote, which meant that she was not tested.

Ms. Thunberg’s solo climate strikes helped fuel a global youth movement pressing world leaders to take action to slow down catastrophic climate change. For the last several weeks, the virus has compelled climate activists to take their protests off the streets and onto the internet.

“In a crisis we change our behavior and adapt to the new circumstances for the greater good of society,” she said on Twitter in mid-March, urging climate protesters to post pictures of themselves online. She posted a picture of herself, with her two dogs, and her famous homemade sign that read, in Swedish, “School Strike for the Climate.”

On Tuesday, in her Instagram post, she urged young people to “follow the advice from experts and your local authorities and #StayAtHome to slow the spread of the virus.”