Global petrol demand to plunge as US stops driving 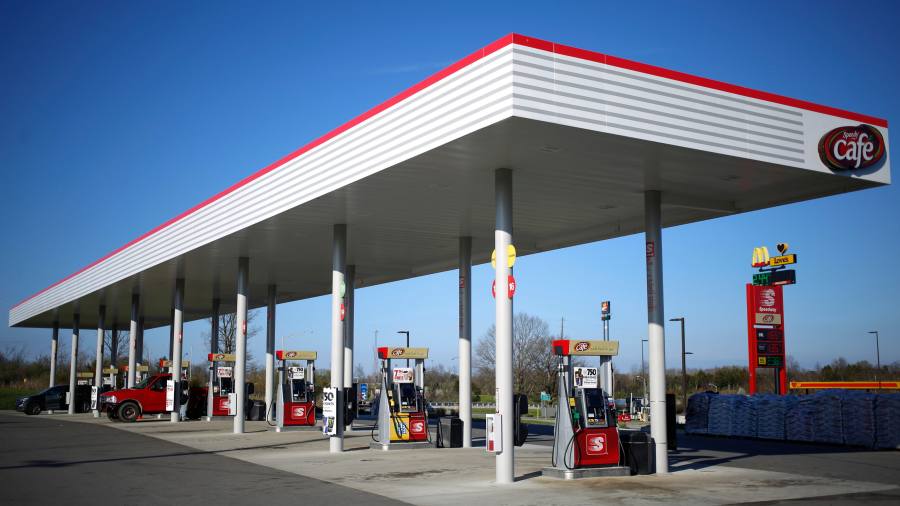 Global petrol demand is set to drop as much as 50 per cent in some key markets as western economies come to a halt in response to the coronavirus pandemic, analysts warn.

Oil refineries worldwide are preparing to slash processing rates as petrol becomes the next part of the oil market to become distressed, with traders particularly concerned about the US, the world’s largest petrol market.

FGE, an energy consultancy, said petrol demand in the US alone would fall almost 5m barrels a day next month, equivalent to a 5 per cent drop in global oil demand. World oil demand is forecast to fall by an unprecedented 20m-25m barrels a day, a quarter of normal daily consumption.

“It’s like the entirety of Europe, Africa and the Middle East combined stopped driving,” said Cuneyt Kazokoglu, FGE’s head of oil demand, about the drop in petrol usage in the US.

Petrol consumption in the US is expected to fall to levels not seen since the Nixon administration in the early 1970s, according to Tom Kloza, global head of energy analysis at Opis, a division of IHS Markit.

The drop in US petrol demand will also mark an abrupt change from recent weeks, when fuel consumption held relatively steady despite the growing coronavirus emergency, as commuters moved from public transport to private cars, shoppers drove to malls to stock up and students returned home from colleges.

Widespread commercial shutdowns and shelter-in-place orders have since emptied highways, particularly in the north-east, where New York has become the epicentre of the US outbreak. Opis said conversations with fuel retailers pointed to volume losses in recent days of 20-40 per cent compared with last year.

The price of regular petrol in the past week averaged $2.051 a gallon across the US, according to the Automobile Association of America, or almost a quarter less than a year ago. Wholesale prices have gone much lower, but will take time to feed through to the pumps. RBOB gasoline, which is traded on the New York Mercantile Exchange and delivered into New York Harbor, fell below 50 cents a gallon earlier this week.

The collapse in demand and prices introduces a problem for companies that convert crude oil into fuel. Robert Campbell at Energy Aspects said refiners in the US could be some of the hardest hit as they are generally configured to maximise production of petrol and also jet fuel, a market that is also suffering from the collapse in air travel.

Export markets targeted by US plants are also locking down. On Friday, Italian refinery API reportedly moved to shut down its 85,000 b/d refinery in Ancona. The plant will close in the coming days, Reuters said.

“You can’t export your way out of this. So they need to produce less,” Mr Campbell said. “The fundamental problem is the oil products market is not designed to cope with this kind of collapse in demand. The whole industry has been designed around security of supply, with little built-in redundancy should demand fall.”

One person at a US refiner said he expected to see other petrol-making units shut in the coming weeks, even though plants normally try to avoid complete closures because it is expensive and risky. “The difference this time is the big bosses won’t be mad,” he said. “There simply won’t be any other choice.”