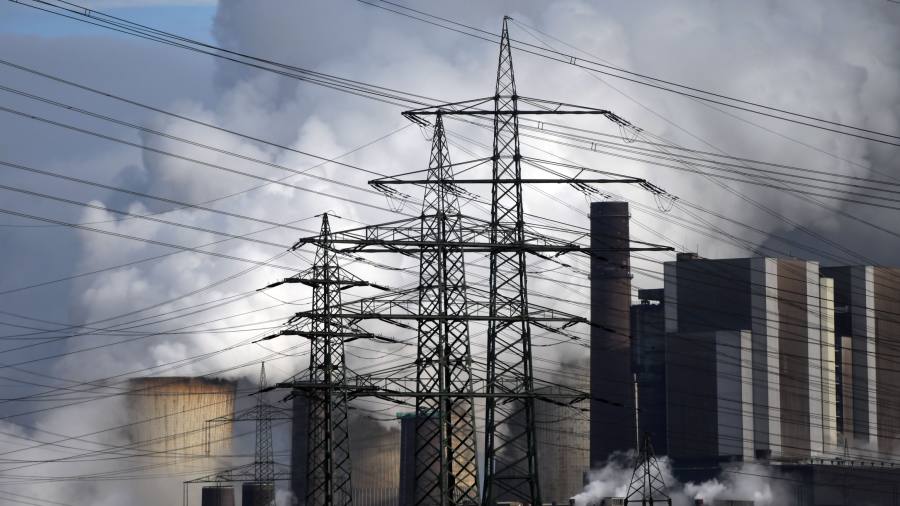 Germany’s pursuit of a massive borrowing package to help its economy withstand the energy crisis has heightened tensions among EU member states as they struggled to forge a common approach on lowering gas and electricity prices at meetings in Brussels.

The €200bn plan, announced by Berlin on Thursday, was described by German chancellor Olaf Scholz as a “double ka-boom” that would help consumers from poor households as well as industry pay increasingly high energy bills this winter.

But the scale of the support and the timing of the announcement on the eve of an energy ministers’ emergency meeting in Brussels on Friday provoked a backlash within the EU. Several diplomats argued that Berlin’s use of its fiscal firepower while other capitals struggled to finance support clashes with efforts to forge a unified EU response against Russia’s weaponisation of energy exports.

An EU diplomat said the German package had prompted “animosity” just as the bloc was trying to find a common approach to “tackle the problem at its roots”. Berlin is also resisting the imposition of a gas price cap that is supported by more than half of the EU’s member states.

Ministers on Friday agreed on three proposals to lower electricity prices for consumers and businesses, including a 5 per cent mandatory reduction in peak electricity consumption, a windfall levy on fossil fuel companies and a €180/MWh cap on the price of electricity generated by non-gas power producers with revenues above that being recycled to consumers.

But after intense negotiations there was no agreement on a gas price cap, which several member states including Germany fear could push up demand and divert gas that the EU desperately needs to other regions that are willing to pay more for supplies.

Mario Draghi, the outgoing Italian prime minister, said after Germany’s announcement that “faced with the common threats of our times, we cannot divide ourselves according to the space in our national budgets”.

Guido Crosetto, a top adviser to Giorgia Meloni of the far-right Brothers of Italy party which took the largest share of the vote in the country’s recent election, lashed out directly at Berlin’s energy policy. “It is an act, precise, deliberate, not agreed, not shared, not communicated, which undermines the reasons for the union,” he said.

Pitched in Berlin as a “protective shield” for industry and households, Scholz’s €200bn plan will be financed through new borrowing and channelled through the reactivated Economic Stabilisation Fund, an off-budget facility that was set up in 2020 to help companies survive the Covid-19 lockdowns.

Robert Habeck, Germany’s economy minister, defended Berlin’s plan at the Brussels meeting, saying it was in line with the need for European solidarity and pointing out that other member states had already undertaken major interventions to curb energy costs. “We are doing the same as other countries long ago have done,” he said.

Georg Riekeles, associate director at the European Policy Centre think-tank, said Germany had a “particular responsibility” to boost EU solidarity given it contributed to building up European dependence on Russian gas and because Berlin has the “fiscal space” to respond to the crisis. But the energy shield Scholz announced “fundamentally disrupts the balance of the single market and doesn’t seem sustainable,” he said.

Claude Turmes, Luxembourg’s energy minister, on Friday called on the European Commission to update its state aid rules in order to stop “this insane race from different governments to outcompete other governments in such a difficult moment in Europe . . . and stop infighting among ourselves.”

Berlin’s opposition to a gas price cap, alongside the Netherlands and Denmark, has prompted frustration from 15 EU countries, including France, which wrote to the commission this week asking it to speed up work on such a measure.

Susanne Ungrad, spokeswoman for the economy ministry, said on Friday morning that Berlin did not support the idea of a “rigid price cap” because there was a risk that it would not be possible to buy enough gas on global markets, “which would be counter-productive”.

Germany did support an EU idea of forming a European consortium to buy gas on world markets, she added.

A senior EU diplomat said the timing of Germany’s package had been seen as a “sign of intransigence” but that Berlin should support the gas price cap because if the spending plan “was applied in parallel with a price cap, the cost for the German government would be halved by €100bn”.