( / ) ( / ) ( / ) ( / ) ( / ) ( / ) ( / ) ( / ) ( / ) ( / )
Trending Now
Anchorage co-founder sees ‘tons of opportunity’ as it...
Polygon [MATIC]: Chances of a toss-up could be...
Crude Oil Price Climbs Ahead of OPEC+ Meeting...
Climate reparations ethical but not best fix: Climatologist
Custodian Anchorage Adds to Asia Push With Batch...
New Zealand Dollar Surges Against US Dollar, Australian...
Bitcoin Is Upbeat Above $20K as Investors Grow...
Seattle Chinatown residents up in arms over planned...
All the ways in which BNB’s face-off with...
What’s happening with home prices? Mortgage rates, tight...
Home Mutual Funds Garden Leave Definition
Mutual FundsNews 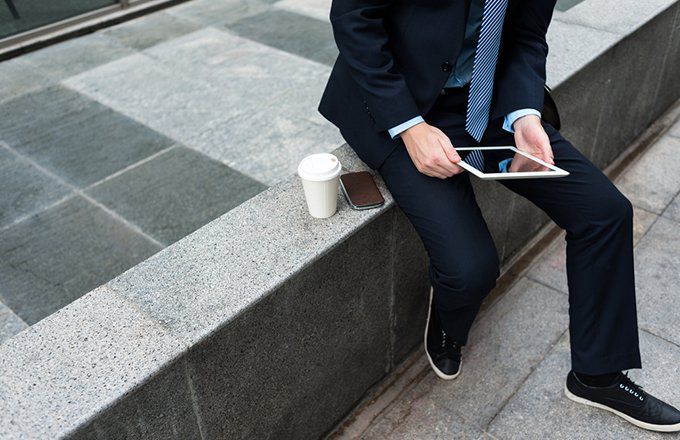 What Is Garden Leave?

A garden leave refers to the period of time during which an employee stays away from the workplace, or works remotely during the notice period. The employee remains on the payroll and is in the process of terminating their employment, but is neither permitted to go to work nor to commence any other employment during the garden leave.

Garden is a term most commonly used in the financial industry in the U.K., Australia, and New Zealand. Massachusetts passed a garden leave clause into law in 2018, making it the first state to do so in the U.S.

While the name garden leave may sound pleasant—and in fact, an employee may sometimes prefer to serve their notice time relaxing at home rather than being in the workplace—the restrictive nature and negative implications of this leave can make it less than ideal.

Garden leave is a protectionist measure used by an employer when an employee is terminated or when they tender their resignation. Once in effect, it often prevents the employee from being involved in any work activity for their current employer, and typically restricts them from either taking on another job or working for themselves. An employee is generally likely to spend their time pursuing hobbies such as gardening—hence, the term garden leave. Salaries and benefits continue until the end of the leave period.

Garden leave is sometimes considered to be a euphemism for being suspended and can be perceived to have negative connotations such as the employee being unfit for anything other than tending to their garden. Garden leave is also similar to a non-compete clause. Under this type of clause, an employee promises not to work for their current employer’s competition for a specific period of time after their employment period is over.

The garden leave helps protect an employer’s interests when an employee tenders a resignation or is given a dismissal notice.

Reasons for Instigating a Garden Leave

Following the resignation or dismissal of an employee, an employer may decide to place the employee on garden leave. The primary reason for doing so is to safeguard against possible detrimental actions or behavior that the employee might indulge in during their notice period.

Another reason for implementing a garden leave is that the employee may have access to up-to-date information that could be beneficial to the employer’s competitors. Placing an employee on garden leave could help ensure that by the time the employee is contractually free, they would have been out of the loop long enough to reduce any possible threat.

Garden leave can be an employer’s way of taking the employee off the market for a period of time, which is why some employers may opt for this method, rather than ending the employment abruptly with a cash settlement in lieu of notice.

When and When Not To Use Garden Leave

Due to the expense of carrying an important employee that is not working, companies should be mindful when imposing a garden leave. In addition, companies may find themselves legally unable to impose a garden leave. Therefore, when determining whether or not to place an employee on a garden leave, a company must analyze the financial implications, legal restrictions, and business usefulness of temporarily retaining the employee.

An employee is entitled to their salary and benefits during garden leave, but depending on their employment contract, may not be eligible for bonuses or accrual payments.

During a garden leave, it is typical for an employee to be prevented from accessing the employer’s data and computer system, and to be prohibited from contacting clients, suppliers, or fellow employees. The employee will usually be required to return company property such as laptops, smartphones, or vehicles during this period.

While on garden leave, the employee is required to be available if the employer requires information, support, or even to resume working. For this reason, an employee should not plan to travel during garden leave, unless approved by the current employer. An employer may also compel the employee to take any accrued holiday time during the period of garden leave.

Garden leave is also commonly referred to as a “garden leave period” or “gardening leave”.

An employer does not need to put a garden leave clause in a contract during the on-boarding process when a new employee is hired, but they are recommended in certain cases. Some contracts, especially those for senior management and other executives, often come with a well-drafted garden leave clause. If a company decides to put the leave in effect without one, it opens itself up to a breach of contract dispute.

Signing a contractual clause may be problematic in some cases. Employees who don’t receive a regular salary, and work on a bonus or commission basis may be able to dispute a clause since their incentive is based on their work activities. These cases may result in disputes—even lawsuits—between both parties.

Pros and Cons of Garden Leave

There’s a number of reasons why a company may consider implementing a garden leave. It is ultimately a defensive mechanism that makes sure an employee is still available during a transition period. It can also be used to manage the goodwill and relationships with clients as an employee departures.

During a garden leave, the departing employee often has restricted physical access to the building, files, or confidential company information. This protects a company if it is concerned about illicit use of this information as an employee leaves.

The downside to this is primarily the cost. An employer must continue to pay an employee during garden leave; if that worker is a C-suite executive, the company is paying very high salary costs to retain someone who is producing little to no work. There are also legal considerations to balance, public perception to manage, and ongoing risk of employee retaliation even when still under contract.

From an employee’s standpoint, much of the opposite is true. The employee has meaningful, paying employment via the terms of employment through a specific contract date. During this employment period, the employee’s responsibilities are often decreased. An employee is often allowed to search for a new job during this period, though there are limitations on starting a new job while on garden leave. An employee is often still entitled to commissions and bonuses during garden leave.

On the downside, employees may be restricted on what they do such as start a new job or work for a competitor. An employee may not find personal satisfaction in getting paid but not being able to contribute to the success of an organization. An employee may end up leaving a company with a bad taste in their mouth if they are cutoff from socializing with peers in which they have developed relationships with.

Garden Leave in the U.S.

Massachusetts passed the garden clause provision into law in mid-2018, making it the first state in the United States to give workers paid leave after leaving a job, according to the Associated Press. The new law states employees are entitled to at least 50% of their base salary during the garden leave.

In 2021, Illniois passed the Illinois Freedom to Work Act (IFWA). Though the IFWA never mentions the phrase “garden leave”, it does restrict Illinois employers regarding their ability to bind employees to non-compete and non-solicitation agreements. In turn, this legislature would impact the limitations that can be placed on an employee while on garden leave.

Though present in New York financial industries, garden law is still explicitly prohibited in many cases. For example, the New York Rules of Professional Conduct published by the New York State Bar Association outlaws garden leaves. This rule prevents an agreement that prohibits a departed lawyer from practicing law for any given period of time following his or her withdrawal from the firm.

The Securities and Exchange Commission (SEC) publicly posted Exhibit 10.3 related to the separation agreement between uniQuire, Inc. and its former Chief Operating Officer. In August 2019, it decided to part ways with its employee. In the cited agreement, the separation letter called for several items including:

What Do People Do During Garden Leave?

During a garden leave, most employees are required to produce little to no work. They will remain on the company’s payroll for a designated amount of time. However, they may not be contractually obligated to fulfill all previous aspects of their job. When placed on a garden leave, the expectations of the employee are often outlined.

Can I Start a New Job While on Garden Leave?

A garden leave is often a mutually agreed upon, contractual obligation between a company and an employee. An employee is often allowed to pursue other jobs, but courts have found there to be a breach of contract should the employee leave to begin a new job during a garden leave.

Does Garden Leave Exist in the United States?

Yes, garden leave exists in the United States. The concept was passed into law in 2018 in Massachusetts, while it has been widely adopted in New York while also gaining traction in Illinois.

What Are the Rules Around Garden Leave?

Garden leave laws will vary across jurisdictions. In general, most garden leave laws require advanced notice of resignation and last between 30 and 90 days. During this time, the employee remains on the company’s payroll but are generally relieved of most (if not all) of their duties. An employee can often not return to the physical workplace, and the employee may be required to communicate with only select co-workers during the garden leave period.

To protect company assets and preserve business interests during an employee departure, a company may place an outgoing worker on a garden leave. This paid recuse from work often reduces the employee’s scope of work prior to their pre-planned resignation. In addition, the employee will face many restrictions on what they can do, what they can access, and who they communicate with prior to their departure.