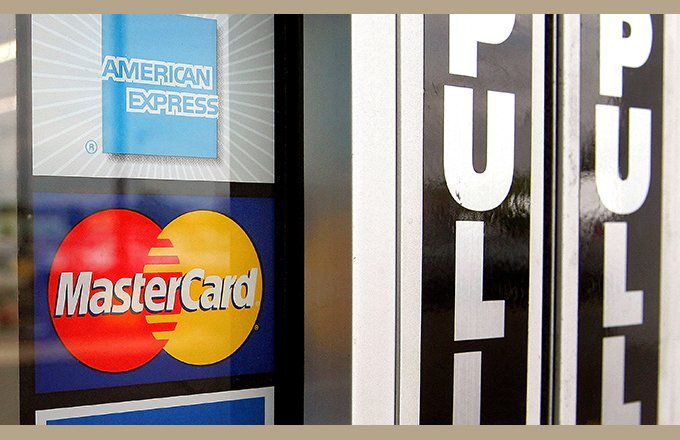 When most people think of Mastercard, Inc. (MA), they think of credit cards. While it’s true that the Mastercard brand is one of the top worldwide labels for debit, credit, and prepaid cards, Mastercard doesn’t consider itself to be a “credit card company,” per se. Rather, Mastercard is a “technology company in the global payments industry,” according to its 2020 annual report.﻿﻿ ﻿As such, Mastercard connects the many different participants in various kinds of transactions: consumers, merchants, financial institutions, governments, and more. The large majority of Mastercard’s revenue comes from fees paid by its customers; in this case, its customers are not everyday consumers. Rather, Mastercard’s customers are financial institutions like banks that pay a fee to issue credit and debit cards with the Mastercard brand. These fees can take multiple forms, as we’ll see below.

Much like Mastercard’s perennial competitor Visa Inc. (V), Mastercard enjoyed decades of privately-held success before an early 2000s initial public offering (IPO). Indeed, Mastercard actually began as a response to what would eventually become Visa. When Bank of America Corp. (BAC) launched a bank card in the late 1950s, a coalition of regional credit card providers came together to launch Mastercard in 1966. At that point, it was known as “Interbank,” a reflection of the new card’s connectivity across different financial institutions. Since that time, the company has gone through numerous expansions and rebranding processes, but it has enjoyed consistent popularity among an increasingly global base.

Investors love MasterCard. The credit card operator reported revenues of $15.3 billion in 2020, a 5% decrease over the previous year due, in large measure, to the global pandemic. As of June 2, 2021, Mastercard has a market capitalization of $363.6 billion. But for all the investor hype, end users seem equally satisfied. The seamlessness with which you make a Mastercard transaction belies a comprehensive network of merchants, financial institutions, and settlement banks, each of which receives a cut of a process that takes mere milliseconds.

Although known for its branded credit and debit cards, Mastercard considers itself to be a “technology company in the global payments industry.”

Mastercard facilitates transactions in more than 150 currencies across over 210 countries and territories. Though the company does not have a monopoly on the payments industry—not only because of similar operations like Visa but increasingly also because of new payment service providers as well—it is nonetheless hugely successful across the globe. A big part of this success has to do with the Mastercard brand and the cache it holds.

Where does Mastercard earn money in this system? Mastercard charges the financial institutions that issue cards a fee based on gross dollar volume, or GDV, of account holder activity. The company also earns revenue from switched transaction fees covering authorization, clearing, settlement, and certain cross-border and domestic transactions.

When you make a purchase with a Mastercard, you’re borrowing the funds from the issuing bank whose name is imprinted on your card. There are thousands of such banks. Mastercard makes money by charging them to use its multi-noded, light-speed payment network.

The biggest distinction in Mastercard’s income statement is between intra-national revenue—fees charged to cardholders’ and merchants’ financial institutions, which are processed in the same country that a transaction takes place—and cross-border volume fees. The former category, officially known as “domestic assessments,” accounted for $6.7 billion of MasterCard’s $23.6 billion in gross revenue for the latest fiscal year. As for cross-border volume fees, they totaled $3.5 billion.﻿﻿

MasterCard’s third major revenue category, called transaction processing fees, netted revenues of $7.4 billion in 2018. Those fees are charged to the merchants’ financial institutions and come in two subcategories: “connectivity” and “transaction switching.” Connectivity fees come out of users participating in the Mastercard network, charging to use the network, and getting a cut of each step in the process. Mastercard also collects a transaction switching fee every time the issuer receives approval for authorization, every time the transaction information clears between the two parties’ banks, and every time the funds actually settle. Again, these cuts are nanoscopic, but they amass. In fact, Mastercard’s transaction processing fees are increasing even faster from year to year than domestic assessments.

The three currencies in which Mastercard does the most business are the U.S. dollar, the euro, and the Brazilian real.

Mastercard sees one of its major advantages over up-and-coming payments systems its capacity to be a multi-rail network, covering domestic, cross-border, card-based, and account-to-account transactions. In the future, the company will continue to develop and strengthen each of these channels. For the traditional credit, debit, prepaid, and commercial products, the company will continue to offer consumers and financial institutions a greater variety of options, both in terms of the products themselves as well as in payment plans and systems.

The key to Mastercard’s growth is diversification across new markets. In 2018, the number of UK banks participating in the company’s account-to-account debit service Pay by Bank grew to six. France, Canada, and ten other countries are all in the pipeline as well. The company is also working to expand its services into countries like India and throughout Africa, where electronic payment services are minimal.

Although Mastercard is a dominant player in the global payments services industry, it nonetheless faces significant challenges. One of the biggest is government regulation; the company has faced numerous antitrust suits throughout its history, and regulation continually changes in many of the regions in which Mastercard does business. It must remain flexible and vigilant to ensure its business thrives. Particularly given the company’s international and cross-border business, this is a crucial component of its continued success.

Mastercard must continue to provide an enticing and worthwhile set of products to each segment of its transaction ecosystem. Financial institutions must continue to believe that it is in their best interest to issue cards with the Mastercard logo, while merchants must be prevented from charging surcharges on products in order to offset fees. Finally, cardholders must find the entire process to be simple, efficient, and competitive when compared with other payment systems.

Finally, given the intense competition from both well-established rivals, as well as new technologies and companies, Mastercard must ensure that its offerings are at least on par with the competition, if not superior.

The Economics of Solar Power