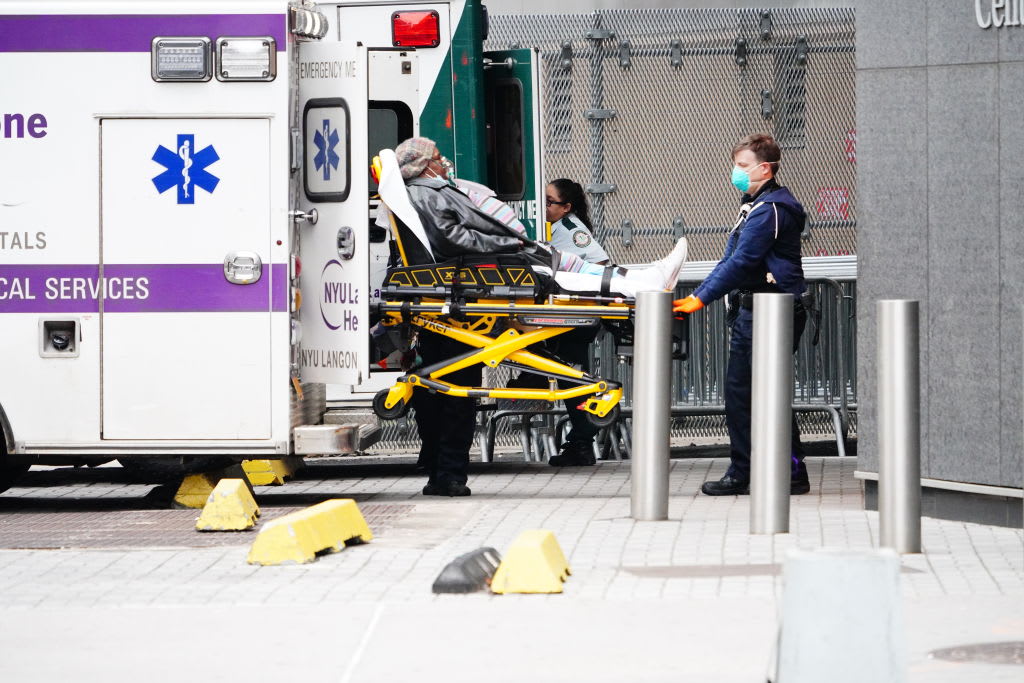 An elderly patient wearing a mask is seen being wheeled out of an ambulance at Bellevue Hospital in New York City, US on March 30, 2020.

The Federal Emergency Management Agency is sending 250 ambulances, about 500 EMTs and paramedics and 85 refrigerated trucks to serve as temporary mortuaries to New York City, the epicenter of the coronavirus outbreak in the U.S., city officials said Tuesday.

The ambulances, 100 of which have already arrived, will increase capacity to transport coronavirus patients between medical facilities and assist the Fire Department with responding to a record number of medical calls, Mayor Bill de Blasio’s office said in a press release. The city’s Emergency Management System has seen medical calls surge by 50% during the pandemic over normal daily call volume.

“Our EMTs and paramedics are facing an unprecedented number of medical calls each day. There has never been a busier time in the history of EMS in New York City,” New York City Fire Commissioner Daniel Nigro said in a statement.

On Monday, Thomas Von Essen, FEMA’s regional administrator, told reporters that the agency was sending refrigerated trucks to New York City to serve as temporary mortuaries for deceased coronavirus patients, although it wasn’t immediately made clear how many would be sent. Mayor de Blasio’s spokeswoman Laura Feyer later confirmed the agency would send 85 of the trucks.

The military has also provided 42 people to the Manhattan Medical Examiner’s Office where there is a “desperate need” for help in Queens, Von Essen said.

When asked whether Madison Square Garden would be converted into a temporary mortuary, Van Essen ruled out that idea.

De Blasio said on Monday that the city is preparing for a “horrible increase in the number of deaths.”

“To date, I still fear the worse is not going to be April but actually the beginning of May,” de Blasio said. “I guarantee you that April is going to be exceedingly tough and we have to understand that any projection of things being all OK by Easter, there’s just no way that’s true for New York City.”

At least 1,218 people have died from the COVID-19 across the state, New York Gov. Andrew Cuomo said Monday.

FDNY is urging New Yorkers to only call 911 if is a true medical emergency. Those who are sick should call a doctor, and can call 311 for help getting connected with a doctor.