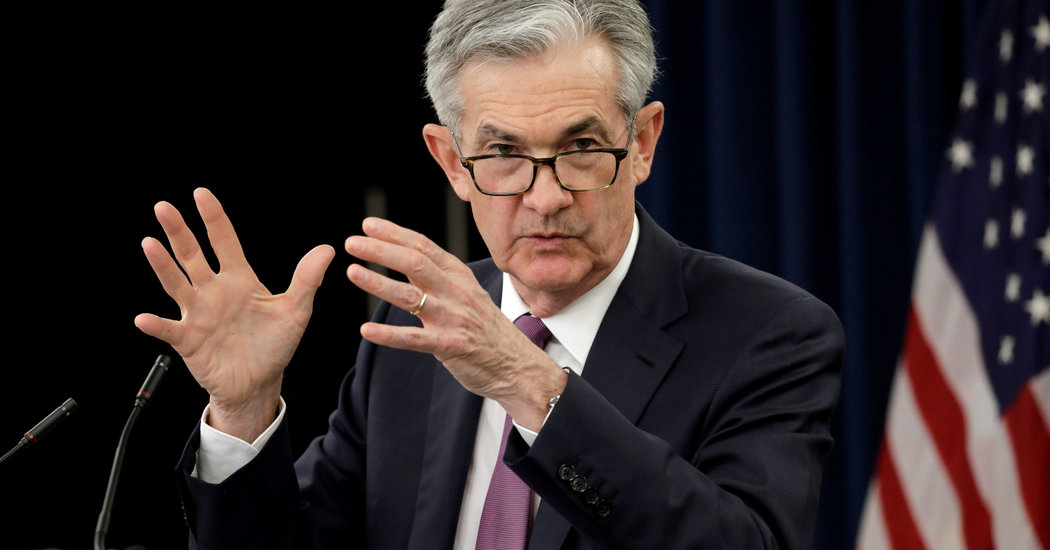 Federal Reserve officials signaled they were in no rush to change interest rates even if the economy continued to strengthen, according to minutes from their April 30 to May 1 policy meeting, and some were worried about persistently low inflation.

Price increases eased to 1.6 percent annually in March, well below the Fed’s goal of 2 percent. Inflation has not sustainably reached the Fed’s target since the central bank formally adopted it in 2012, and has been languishing below the dividing line for much of the past quarter-century.

“In light of recent, softer inflation readings, some viewed the downside risks to inflation as having increased,” according to the minutes of the meeting, which were released after a typical three-week delay.

That is contributing to the Fed’s wait-and-see approach to changing interest rates.

“Participants noted that even if global economic and financial conditions continued to improve, a patient approach would likely remain warranted, especially in an environment of continued moderate economic growth and muted inflation pressures,” the minutes said.

Members of the rate-setting Federal Open Market Committee said that “a patient approach to determining future adjustments to the target range for the federal funds rate would likely remain appropriate for some time.”

Fed policymakers left rates unchanged at the meeting, continuing a wait-and-see approach that they adopted early this year. The central bank lifted rates nine times between the end of 2015 and the end of last year, with four of the increases coming under Chairman Jerome H. Powell.

Those moves have drawn criticism from President Trump, who has called the Fed a threat to the United States economy and a drag on growth and has urged it to start lowering rates.

Mr. Powell, whom Mr. Trump chose to lead the central bank, has repeatedly highlighted that the Fed is independent of the White House and said it does not allow politics to influence its decisions.

At the time of the last Fed meeting, markets were anticipating a rate cut later this year, convinced that soft inflation would kick officials into action. Mr. Powell did not humor that view during his postmeeting news conference, instead emphasizing that some or all of the recent lag in price increases could be short-lived.

His colleagues concurred, the minutes showed, saying that “at least part of the recent softness in inflation could be attributed to idiosyncratic factors that seemed likely to have only transitory effects on inflation.”

They also had little appetite for a rate cut. In fact, “a few participants noted that if the economy evolved as they expected, the committee would likely need to firm the stance of monetary policy to sustain the economic expansion and keep inflation at levels consistent with the committee’s objective.”

Others were more cautious. According to the minutes, “several” participants said that if inflation did not increase in coming quarters, there was a risk that inflation expectations could dip. That could make it even harder to get price increases back to the 2 percent target.

Soft price readings are a potential problem for the Fed. Gradual inflation allows wages to rise and offers headroom to guard against outright price decreases when the economy weakens. Officials also see hitting 2 percent in a symmetric way — so that they are above the target as often as they are below it — as important to their credibility.

James Bullard, the president of the Federal Reserve Bank of St. Louis, has suggested that the Fed might consider cutting rates while the economy is strong if price increases continue to disappoint.

Officials are not coalescing around a rate cut now, though.

John Williams, the president of the Federal Reserve Bank of New York, told reporters that he still expected inflation to gradually rise on its own. He allowed that his views could change if the economy evolved in a way that suggested inflation was not headed back toward 2 percent.

“If that requires an adjustment of monetary policy down the road at some point, based on all of that analysis and evaluation, then that’s appropriate and we should do that,” Mr. Williams said Wednesday. “I don’t think we’re at that point today, and I don’t think we’ll be at that point in the very near future.”

The next reading of the Fed’s preferred inflation measure comes out May 31, and the Fed will meet again on June 18 and 19 in Washington.