( / ) ( / ) ( / ) ( / ) ( / ) ( / ) ( / ) ( / ) ( / ) ( / )
Trending Now
Trump campaign settles lawsuit, voids NDAs
FTX-tied townhouse in Washington DC unlisted: Report
Bitcoin [BTC]: The rest of the month may...
Russian, Ukrainian officials say dozens of soldiers were...
PancakeSwap’s momentum slowed- Will CAKE form a plateau...
What It Is and How to Calculate and...
Inside Relativity Space’s monster factory 3D-printing reusable rockets
How Can My Brother Buy My Share of...
27-year-old pays $1,850 to live in a former...
How to protect against crime in the metaverse
Home Markets FBI probes North Carolina man for threatening to kill minorities, children and shooting a park ranger
MarketsNewsUS 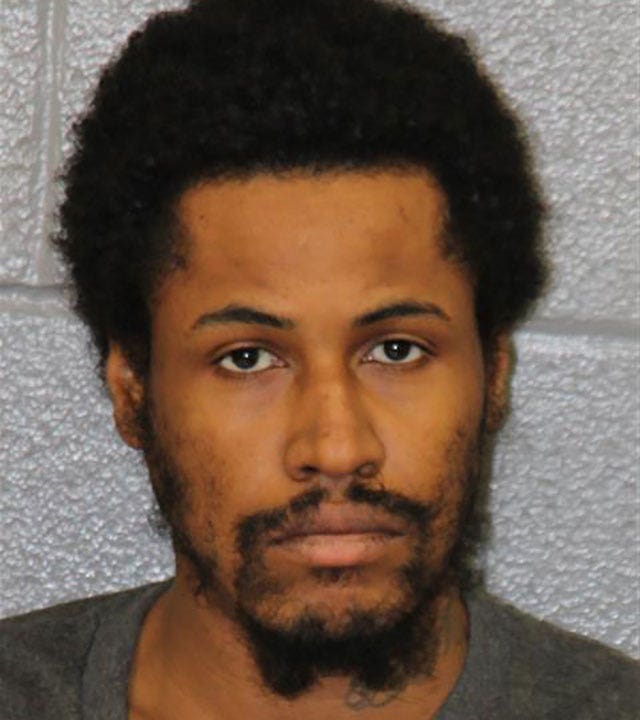 The FBI has joined the investigation of a man facing “ethnic intimidation” charges for allegedly throwing a rock containing hate speech through the window of a North Carolina day care who was also linked to a nearby shooting of a park ranger in the majority Black neighborhood a week earlier.

Charlotte Mecklenburg police said officers responded at approximately 8:40 a.m. Monday to the Marizetta Kerry Child Development Center to a 911 call regarding a rock smashing a window of the daycare with a note “containing hate speech and various threats toward children.”

The rock was wrapped in a plastic bag with a note that read, “kids will be killed within the next 24 hours.” Police said the note also mentioned killing minorities, citing a search warrant, WNCT reported.

Tyson Lee Corpening, a 36-year-old Black male, was arrested later Monday and charged with attempted murder, assault with a deadly weapon with intent to kill inflicting serious injury, two counts of ethnic intimidation, damage to property, possession of a firearm by a convicted felon and threat of mass violence on educational property.

At a court hearing Wednesday, Corpening was ordered held on a $10 million bond, WBTV reported.

The arrest warrant says Corpening assaulted the ranger “because of his race, color,” WBTV reported.

Shortly after 7:30 p.m., officers responded to an assault with a deadly weapon call at the entrance to Friendship Sportsplex.

The parks department facility is within walking distance of the daycare.

Tyson Lee Corpening is charged with attempted murder, assault with a deadly weapon with intent to kill inflicting serious injury, two counts of ethnic intimidation, damage to property, possession of a firearm by a convicted felon and threat of mass violence on educational property.
(Mecklenburg County Sheriff’s Office)

Officers found the parks employee suffering from a gunshot wound and administered tactical medical treatment until MEDIC arrived. The victim was transported to the hospital with non-life-threatening injuries, police said.

The search warrant, obtained by WNCN, revealed that Barringer, who was interviewed while receiving treatment at the hospital, told detectives he was performing closing duties at the sports complex.

The ranger said he pulled into a parking lot that appeared empty in his work truck and went to unlock a gate when the suspect – with a hood over his head and bandana covering his nose and mouth – jumped out from behind a bush. The man fired one shot that struck the ranger in the right leg, then dropped a note and ran through the park toward Interstate 77. Barringer hit the emergency button on his radio and dialed 911 from his cell phone.

This undated images show a bus for the Marizetta Kerry Child Development Center in the parking lot of the Charlotte, North Carolina, daycare as depicted on Google Maps street view.
(Google Maps)

Both notes from the daycare and park incident were written on similar paper with matching handwriting, according to investigators. A discharged cartridge casing and a projectile were recovered from the shooting scene.

Police said they were zone-checking all daycare facilities in the jurisdiction.

When Corpening was arrested on drug charges in 2017, he was listed as homeless in court records, The Charlotte News & Observer reported. The charges were later dropped. The newspaper cited court records showing Corpening has an extensive arrest history in North Carolina and in Florida.

Danielle Wallace is a reporter for Fox News Digital covering politics, crime, police and more. Story tips can be sent to danielle.wallace@fox.com and on Twitter: @danimwallace.