( / ) ( / ) ( / ) ( / ) ( / ) ( / ) ( / ) ( / ) ( / ) ( / )
Trending Now
Dow Jones, S&P 500 Surge as Retail Traders...
Anchorage co-founder sees ‘tons of opportunity’ as it...
Polygon [MATIC]: Chances of a toss-up could be...
Crude Oil Price Climbs Ahead of OPEC+ Meeting...
Kentucky Narcan Vending Machine Empty Day After Installed
Climate reparations ethical but not best fix: Climatologist
Custodian Anchorage Adds to Asia Push With Batch...
New Zealand Dollar Surges Against US Dollar, Australian...
Bitcoin Is Upbeat Above $20K as Investors Grow...
Seattle Chinatown residents up in arms over planned...
Home Markets FBI ‘About Intimidating Anyone Who Refuses to Bend the Knee to the Narrative’
MarketsNewsUS 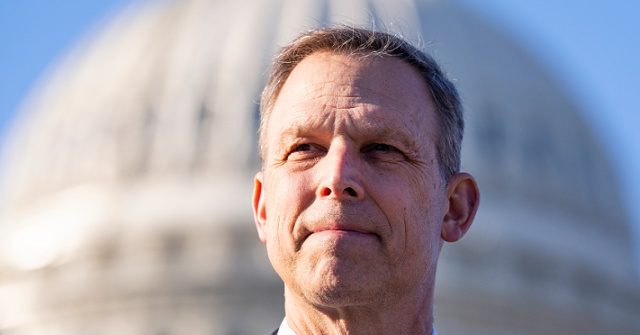 During this week’s broadcast of FNC’s “Sunday Morning Futures,” Rep. Scott Perry (R-PA), who recently had his phone seized by the FBI, argued the FBI and Department of Justice were working to intimidate those who were unwilling to “bend the knee” to the Democratic Party narrative.

“Last week, the day after the raid on the president’s home, FBI agents showed up when I was traveling with my family, my wife and our two small children, my in-laws, extended family, showed up and demanded my cell phone,” Perry said. They said they were going to image it, they were not going to search it, and then they eventually did return it But, Maria, what I think this is about is intimidating anyone who refuses to bend the knee to the narrative. And I don’t know exactly what your questions are going to be, but there’s been no accountability.”

“James Comey, the director of the FBI, used classified information improperly to get a second special counsel,” he continued. “No accountability for that. The chairman of the Intel Committee changed the president’s speech and entered it into the record, created an impeachment trial. Again, no accountability. You name it across the board, whether it’s John Eastman, whether it’s Scott Perry, whether it’s President Trump, and with passing a bill that will pay for hiring of 87,000 IRS agents, tyranny is going to come right into everyone’s living room very, very shortly.