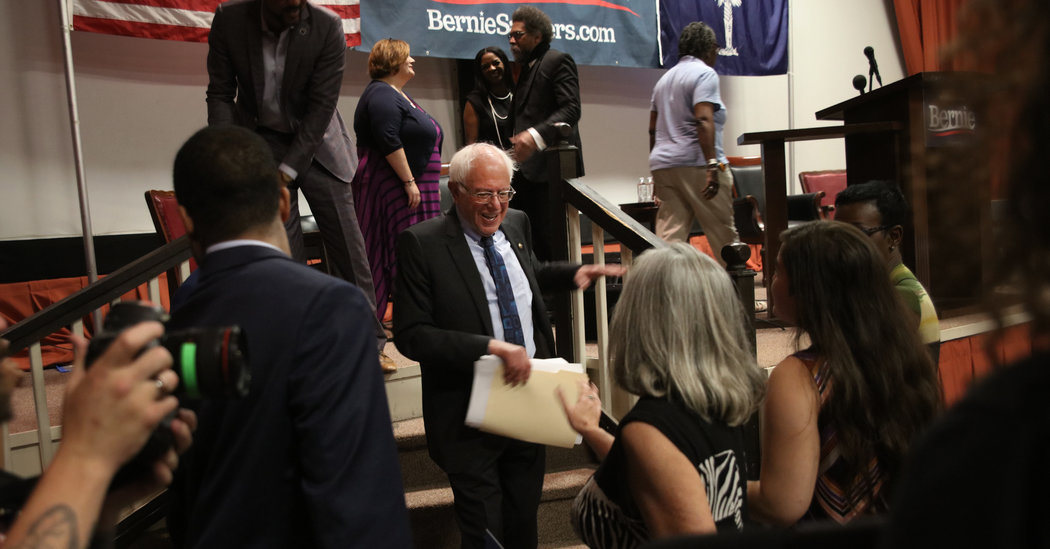 “Absolutely. In fact, climate change is directly related to the growth of terrorism,” he responded, again to zero laughter.

After the debate, Republican lawmakers did deride Mr. Sanders for this answer, while fact-checkers noted that he had overstated the link between climate change and terrorism.

Still, the notion that climate change posed a national security risk because it is, as Mr. Sanders suggests, a “threat multiplier” was hardly a fringe belief. The Obama administration, scientists and security experts had sounded the alarm months and years before the debates.

Martha McCallum: “You think we should eliminate nuclear power, which I know they did in Vermont. But it ended up moving your emissions higher.”

Vermont Yankee nuclear power plant closed in December 2014, and emissions in the state increased about 6 percent in 2015. But that was always expected, and a temporary blip.

In 2013, when the plant’s parent company announced that it would shutter Vermont Yankee because of financial reasons, the Energy Information Administration forecast that the electricity it previously generated would be assumed, at least in part, by natural gas, which produces higher emissions than nuclear power.

Electricity emissions accounted for 57 percent of the emissions increases in Vermont from 2011 to 2015, and closing the nuclear plant was a “primary cause” in that increase, according to a report prepared for the Vermont Legislature by the nonpartisan research group Resources for the Future.