Europe’s Planes, Trains And Automobiles Ground To A Halt 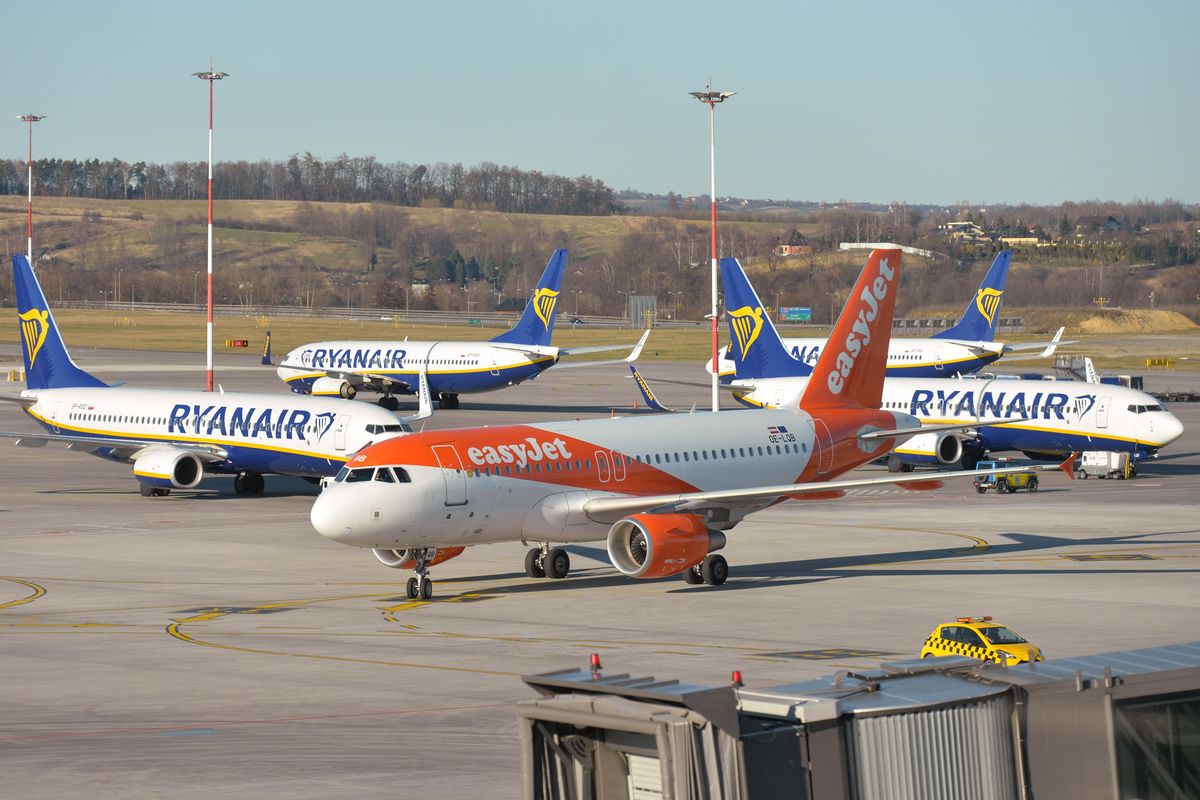 For 30 years, one of the main objectives of the European Union has been to foster mobility across the continent. Internal EU border controls have been dismantled, EU citizens can live and work anywhere in the bloc, and passengers are guaranteed compensation if transport companies hinder their free movement.

These freedoms, built up over decades, have come to a grinding halt in just two weeks.

The CoronaVirus has caused EU countries to institute the most mobility-restricting measures since the second world war. Borders have been closed and people have been confined to their homes. Flights and trains have stopped, resulting in the most cancellations ever seen in Europe. Now the European Commission, the EU’s executive branch, must decide whether normal EU rules on mobility should apply during this crisis.

So far, the flexible response has been to suspend normal rules. Countries have been allowed to shut their borders, and state aid rules have been suspended to allow governments to bail out their airlines. Earlier this month, after heavy pressure from the airlines lobby, EU transport ministers suggested that normal passenger rights reimbursement rules would not apply for passengers who had flights cancelled due to the border closures.

But the rules for flights cancelled due to Coronavirus in general are still not clear. Passengers are normally entitled to up to €600 in compensation for a cancelled flight, even if they were put on another flight. Transport Commissioner Vălean has sent a letter to national transport ministers saying she is working on “further clarifications” on the how the passenger rights law will apply during this situation.

The Netherlands has already said it will completely suspend passengers rights laws because of the crisis, not requiring airlines to issue any refunds because of their liquidity issues. It is not clear whether this violates EU law. A spokesperson for the European Commission said they are aware of the Dutch policy but have not reacted yet.

“We can assure you that the commission in the mean time is committed to work closely with the member states to find a balanced and a coordinated solution with all the stakeholders, and this obviously has to be in conformity with EU law that protects consumers and supports the companies in these sectors regardless of their place of establishment in Europe,” he said today.

Yesterday the EU’s national transport ministers wrote to Commission President Ursula von der Leyen warning that Europe’s transport sector could be on the verge of collapse, and asking for urgent assistance. Several airlines have said they could go bankrupt as a result of the sudden disappearance of revenue.

But European consumers organization BEUC is warning that suspending passenger rights is not the right way to help airlines. Nor is no-strings-attached bailouts that will ultimately leave passengers on the hook. They’ve sent a letter to EU Transport Commissioner Adina-Ioana Vălean making this point.

It isn’t just airlines. The Coronavirus, and its accompanying border closures, is also affecting passenger demand for trains.

Yesterday five European rail associations sent an eight-page joint letter to the commission warning that trains have seen a 90% drop in passenger numbers due to Coronavirus. But they are continuing to run trains, at great cost, in order to make sure essential healthcare workers and goods can get where they need to go.

“We are well aware that keeping European mobility and logistics operational is essential,” the letter says. “All European rail operators, infrastructure managers and other service providers are doing their best in order to respond to the critical mobility needs in these dire times.”

The delivery of those services will suffer if less trains operate due to a reduction in the liquidity provided by track access charge revenues, they warn.

“Last year in 2019, the passenger rail sector was growing across the board. Many operators, such as those providing night train services, experienced the strongest increase in demand for a very long time. This was, to a certain extent, due to popular movements calling for more sustainable travel, both domestic and intra-EU. However, the COVID-10 pandemic has brought about a sudden and startling reversal: international passenger traffic is almost at a standstill due to the closure of intra-EU borders”.

Rail operators are also subject to passenger rights law compensation, but they are not calling for suspension of the rules at this time.

Meanwhile European car manufacturers are warning they are also in trouble. Last week ACEA, the European Automobile Manufacturers Association, wrote to President von der Leyen asking for an emergency suspension of new EU car pollution limits in light of the crisis. ACEA says the jobs of at least one million Europeans working in automobile manufacturing are affected by factory shutdowns as a result of the crisis.

The law, adopted in 2008, requires that 95% of all new passenger car sales must emit an average of less than 95g CO2 per km by January 2020, rising to 100% by 2021. ACEA says that the sudden fall in car sales is going to make this target difficult to meet, which would further hurt the industry at a time when they are already struggling. The biggest problem is that there will be less sales of new electric car models that were meant to get the fleets under the average limit.

But green NGO Transport & Environment says that there’s no reason that falling sales should affect compliance with the CO2 limits. “While the overall economic recovery is crucial, we shouldn’t let some opportunistic carmakers use the crisis to shamelessly roll back the EU climate targets for cars,” said T&E clean vehicle director Julia Poliscanova. “All three German carmakers, VW, Daimler and BMW, have rightly acknowledged this is not needed.”

“It is too early to judge the impacts of the Coronavirus on the car industry but selling less cars won’t impact compliance with the law. What matters is the type of car you sell. Any incentives to boost demand once normal life resumes should be targeted at zero-emissions cars.”

Other segments of the road transport sector are being affected as well. Gas stations are seeing dramatic falls in revenue, with less car journeys combining with lower gas prices. This could result in many gas stations closing down.

Coach bus transport, which is also subject to EU passenger rights rules, is being heavily affected. The sudden drop in passenger numbers is especially affecting small coach operators, many of which provide essential transport services to remote areas and could disappear as a result of the crisis.

According to the International Road Transport Union, the demand for mobility services has fallen by up to 85% in some European cities. The IRU has written a joint letter to the commission, with the International Association of Public Transport and the POLIS regions association, warning that the basic continuity and survival of urban public transport is now at risk.

“Based on the first available data, for example from Italy, Spain, France or Germany, we can be sure that the local passenger transport sector’s ecosystem will be heavily affected in multiple ways,” the letter says. “The impact relates mainly to the decrease in revenues and the additional costs needed to disinfect and implement social distancing measures in transport vehicles and infrastructure.”

Public transport systems in most major cities are now operating on skeleton schedules intended to only be used by essential workers. Even these workers are being encouraged to find alternative ways to get to work, since riding public transport is one of the easiest ways to spread the virus. But even as this is happening some cities’ shared cycling schemes are closing down, fearful of spreading germs on the bikes themselves.

With most countries on lockdown at the moment, the need for transport remains low. But once people start to be released from their home confinement, the risk is that the normal transport options available to them may have disappeared. Representatives of the aviation, rail, automotive and public transport sectors say this deserves to be at the top of policymakers lists for economic recovery measures.

After all, people won’t be able to get back to work if they have no way to get there.