Europe To Pick Up The Solar Slack In 2019 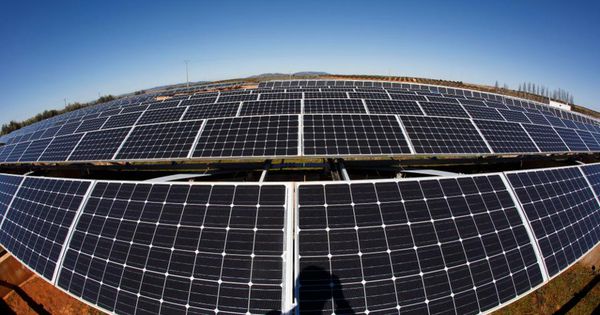 Market research firms, trade associations and even the OECD’s International Energy Agency (IEA) take a guess at how many GWs of solar power will be deployed during the current calendar year.

The message for this year is one of growth despite the fact the three heavy hitters, China, the U.S. and India have somewhat stuttered.

The most recent figures were released by the trade body SolarPower Europe earlier this month. Its global forecast for 2019 is 125GW. That’s the same tally proffered by Bloomberg New Energy Finance (BNEF) in January of this year.

While, yes, the Big Three will fall short of prior expectations this year, SolarPower Europe expects growth in Europe and a host of emerging markets aggregating together to more than compensate.

Christian Westermeier, president of SolarPower Europe, said: “2018 was a unique year for the entire global solar industry, as we exceeded the magic installation mark of 100 GW per year for the first time, which led the solar power sector to grow to over 500 GW or 0.5 TW.

“Last year, we again saw strong cost improvements with solar becoming the lowest-cost power generation source in more and more regions,” added Westermeier, who is also vice-president of Wacker Chemie. “At the same time, new applications have quickly progressed, such as floating solar, while corporate renewable Power Purchase Agreements (PPAs) have reached a double-digit GW-level, and a market for merchant solar has emerged in several countries,” said Westermeier.

Europe is indeed a potential cause for celebration. Last week the largest gathering of solar professionals on the continent took place at the Intersolar trade show in Munich. The mood was upbeat, aisles were packed and the anecdotal forecasts extremely positive.

Spain and Portugal have been setting the pace with a raft of PPAs signed directly between project owners and power users. Bypassing state-run auctions or subsidy schemes is economically feasible and all parties are happy to decouple from support from fickle administrations.

The only truly predictable thing about forecast season is that the IEA figures will be dramatically conservative and the solar industry will deride them for it.

This year they have solar at 98GW while every other solar panel counter is working with numbers about 25% beyond that.

There are numerous explanations for the IEA’s low-balling. Their methodology involves counting projects that are reported and confirmed making no allowance for those slow to report. Many view the organization, and its oil & gas origin story with suspicion.

The usefulness of these forecasts might also be up for debate. SolarPower Europe’s come as part of a broader, five-year running commentary in its Global Market Report 2019-2023.

Here forecast’s absolute accuracy is less important. The context is key, and relative increases and decreases are key.

E.U. nations have commitments to draw a share of their electricity from renewables by 2020. Highlighting the laggards in forecasts and summaries of previous years offers a signal to the industry on where it should focus its attention. Coal-reliant Poland looks set to make a late push, for example. Hungary likewise. Ireland too has fallen behind. All eyes are on Europe’s sunny south but there is potential for growth from Budapest to Dublin.