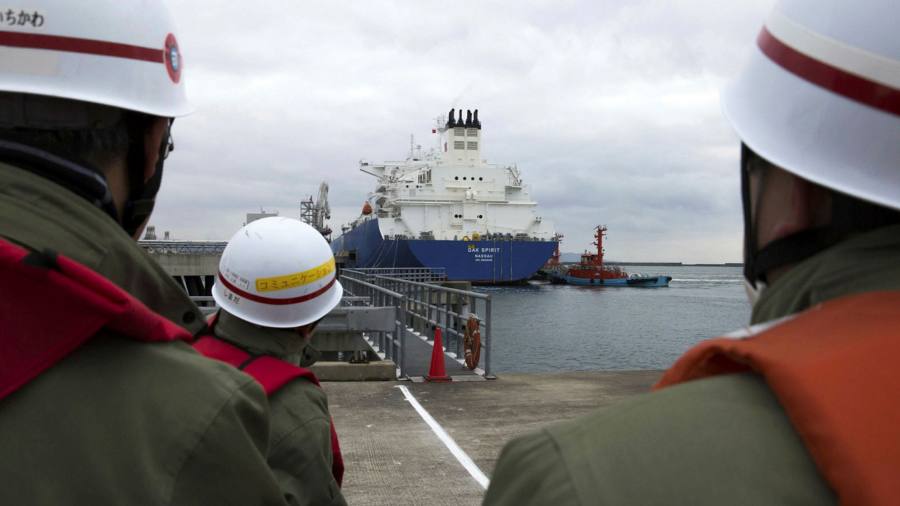 The battle between Asia and Europe to lock in gas supplies is stepping up a gear, heightening the risks of a further surge in prices that would add fresh fuel to the cost of living crisis.

Japan and South Korea, the world’s second and third-biggest importers of liquefied natural gas, are looking to secure supplies for the winter months and beyond, out of fear of being priced out later in the year as Europe’s demand increases, according to traders.

The intensifying competition from Asia comes at a time when LNG, which is shipped across the sea in giant tankers, is in high demand as Europe attempts to replace natural gas delivered through pipelines from Russia. Natural gas prices in Europe are already up almost five times from a year ago, which has sharply increased energy costs for consumers and dealt a painful blow to utility companies.

“What we are seeing is a bit of a scramble to secure LNG cargoes through the end of this year and into 2023,” the chief executive of an Asia-based gas company said, adding that the move is earlier than usual. “It hasn’t fed through so much into pricing yet, but that will come next because the late purchaser will be the ones that will bear the burden on pricing.”

There was “fairly large activity” from Japanese and South Korean companies for so-called strip purchases of LNG “that would take it through November, December and January,” said Toby Copson, global head of trading and advisory at Trident LNG, a gas trading company.

A strip contract is buying or selling of contracts in sequential months, with buyers and sellers able to lock in prices for the entire timeframe.

Japan and South Korea “have an issue with energy security. They are genuinely concerned about what will happen short, medium and long term,” Copson said. “I think this year and through into the first quarter next year, you’re going to see consistent competition with [Europe and Asia] bidding the market up.”

Asia had been the premium destination for LNG, with China, Japan and South Korea being the world’s three largest importers. The benchmark price in Asia, more times than not, has traded above the European price.

But TTF, the European benchmark gas price, is now considerably higher than its Asian counterpart due to Europe’s increasing demand, as the region looks to substitute declining Russian gas. Since late July, Russian gas flows from Europe’s main pipeline Nord Stream 1 has tumbled to 20 per cent of its capacity. Officials fear further cuts ahead.

Higher prices in Europe means trading companies are more incentivised to send LNG cargoes there for higher profit margins. Price differentials are so much that in some instances traders under long-term contracts in Asia can sever an existing contract, pay the penalty price, but still make profit if they resell in Europe.

Europe and Asia are broadly competing to obtain LNG from the US. The country exported 74 per cent of its LNG to Europe in the first four months of this year, compared with an annual average of 34 per cent last year, according to the Energy Information Administration. Asia was the main destination in 2020 and 2021, it said.

While countries such as Japan and South Korea had been able to withstand higher prices to some extent, cash strapped developing Asian nations have had to bear the brunt of the surging prices.

The current market dynamic means “there will be times when Asia will need to pay over the odds” to lure LNG cargoes, one trader said. While the trader has yet to see any pricing activity to that extent, “it’s not out of the question leading up to the winter” as uncertainties remain over Europe’s gas storage levels and LNG supply from Russia’s Sakhalin-2 project.

The project accounts for 10 per cent of Japan’s LNG imports and is slated for nationalisation under Russian president Vladimir Putin’s orders.

Moves from China, the largest importer of LNG, has been subdued in the global LNG market, but it remains the “joker” leading up to the winter, another trader said.

Demand for gas has generally been low in the country due to its economic slowdown due to coronavirus lockdowns, and it has “done a very good job in massively reducing its reliance on spot LNG, to the point that the current LNG demand is almost entirely dependent on contracted LNG,” said Alex Siow, lead Asia gas analyst at consultancy ICIS. China is also reselling LNG it doesn’t need, alleviating some of the tightness in the global market.

But the trader said the market is well aware of the risk that Chinese companies “come in at the last minute” to procure LNG cargoes.

“As you approach the winter, countries like Japan and South Korea are going to need to rebuild storage,” Samantha Dart, head of natural gas research at Goldman Sachs said.

“If on top of that, China’s economic activity starts to rebound more visibly, you can have a significant shift in the LNG balance. If less LNG is available for Europe that means that Europe needs to rely on more domestic demand destruction as a result,” she said.