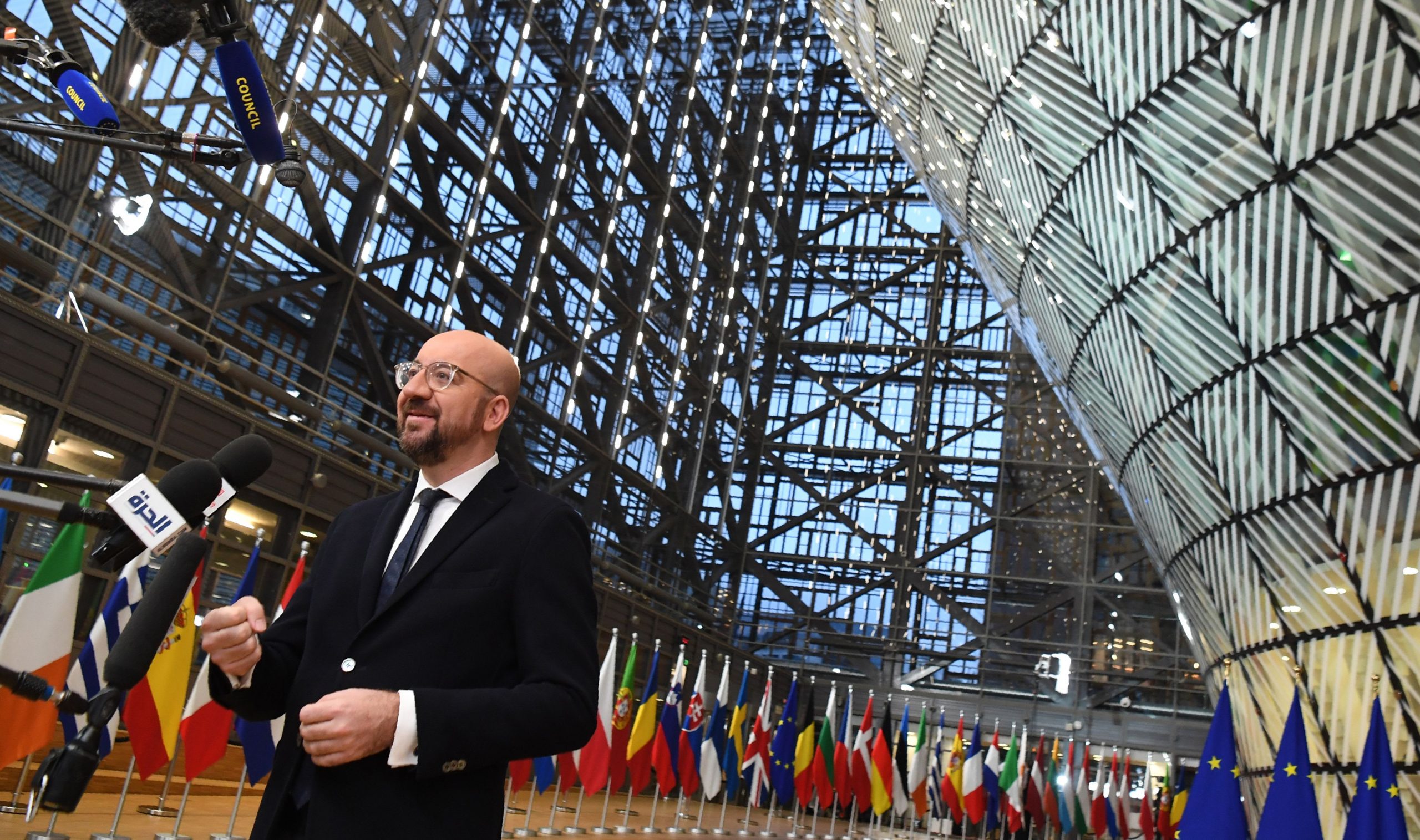 President of the European Council Charles Michel talks to the press as he arrives for the second day of a European Union Summit at the Europa building in Brussels on December 13, 2019.

BRUSSELS –European leaders have roundly declared that it’s now time to get on with Brexit after U.K leader Boris Johnson secured an emphatic win in the country’s general election.

Johnson’s victory is being interpreted as clarity on the U.K.’s departure from the European Union. The Brexit process has often paralyzed policymaking within the EU since negotiations began in 2017. Johnson has campaigned on the promise that the U.K. will leave the EU next month and then enter a transition period that is currently set to last until the end of 2020.

Speaking to CNBC in Brussels, European leaders congratulated the former London mayor on his victory and asked for a speedy approval of the Withdrawal Agreement — the document that outlines how the U.K. will leave the EU.

“I would like to congratulate Boris Johnson on his victory. We expect a vote on the withdrawal agreement as soon as possible,” Charles Michel, the European Council president who chairs European summits, said Friday.

He told CNBC: “We are ready, we have decided what are our priorities,” adding that it will be “important to keep this close cooperation with the United Kingdom.”

Xavier Bettel, the Luxembourg prime minister told CNBC Thursday that he would like the new parliamentary majority in the U.K. to agree to all the future relations “very quickly.”

The U.K. is set to leave the bloc by Jan. 31. After that, both sides will start detailing their future relationship. These negotiations are not meant to last beyond 2022. During this transition period, the U.K. will be able to sign trade deals with other countries, but European law will still be applicable. The U.K. will also be losing its voting rights in European meetings during this time.

Johnson has said that it is his aim to reach a trade deal with the EU within this transition period. However, there’s uncertainty as to whether that will be possible due to the complexity of these talks.

Michel Barnier, the EU’s Brexit negotiator, has said that it is unlikely that the U.K. and the EU will put a trade deal together within 11 months — meaning by the end of 2020, according to a leaked tape that the British newspaper The Independent obtained.

The former British ambassador to the EU, Ivan Rogers, said that it could take up to 10 years to conclude a trade deal. A recent deal negotiated between the EU and Canada took seven years to put together and it has still not been fully ratified.

However, European leaders told CNBC that it will be possible to reach a deal.

“In 11 months you can do a lot of things, if you have the political will,” Pedro Sanchez, the Spanish prime minister told CNBC Thursday.

Lithuanian Prime Minister Gitanas Nausėda told CNBC that there’s a 90% probability that both sides will reach a trade deal during the transition period.

Swedish minister for European affairs, Hans Dahlgren, told CNBC that both sides of the English Channel might pursue a “basic” agreement given the restricted timeline.

They are set to start their trade talks in the first quarter of 2020 and European leaders are preparing a common position so Barnier can start those discussions.

“The EU will have to be flexible in pick-and-choosing (the areas to negotiate), but the United Kingdom has to be flexible on timing,” Pieter Cleppe, head of the Brussels office of the think tank Open Europe, told CNBC Friday morning.

“I don’t think there’s anything wrong in taking a bit more time,” Cleppe added, in case the U.K. and the EU decide to continue their trade negotiations beyond 2022.