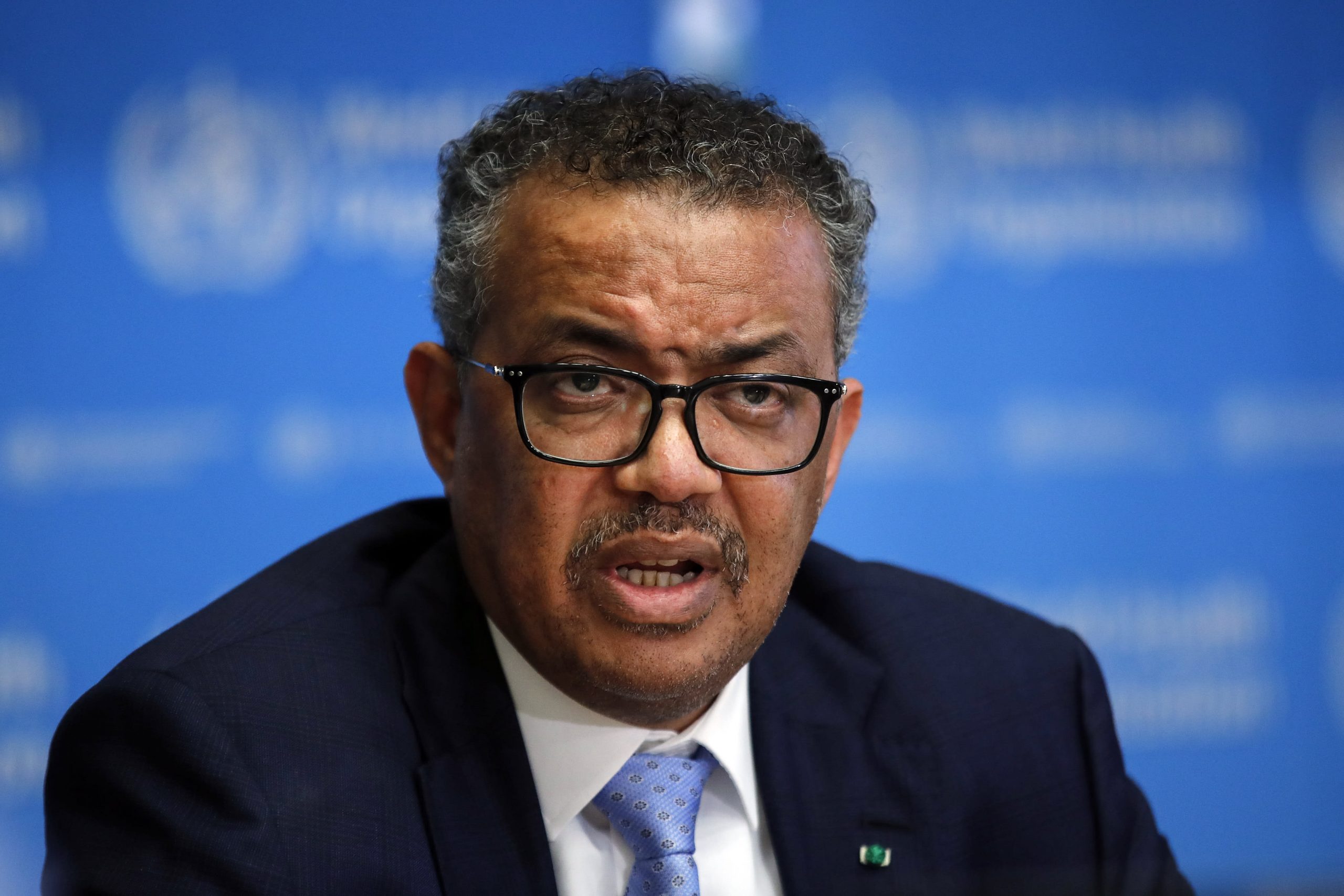 Tedros Adhanom Ghebreyesus, director general of the World Health Organization (WHO), speaks during a news conference on the COVID-19 coronavirus outbreak in Geneva, Switzerland, on Monday, March 2, 2020.

World Health Organization officials said early research shows that some drugs “may have an impact” on fighting the coronavirus, but the data are extremely preliminary and more research needs to be done to determine whether the treatments can reliably fight COVID-19.

There is “some preliminary data from non-randomized studies, observational studies, that indicate some drugs and some drug cocktails may have an impact,” Dr. Mike Ryan, executive director of WHO’s health emergencies program, said during a press briefing at the agency’s headquarters Monday.

“A number of drugs” have shown promise in treating other coronaviruses, including SARS and MERS, that may be helpful in fighting COVID-19, he said.

“So that we’re clear, there’s no proven effective therapeutic or drug against COVID-19,” he added.

WHO officials were asked about using chloroquine, which is being tested in New York state and has been touted by President Donald Trump as a “game-changer” in treating COVID-19 even though the drug has not been put through a rigorous clinical trial.

On Friday, WHO urged countries to stop using medicines that are not proven to be effective against COVID-19. They did not name any particular drug, but a number of people have been experimentally using chloroquine combined with azithromycin to prevent and treat COVID-19.

Chloroquine has gained a lot of attention after a small study of 36 COVID-19 patients published March 17 in France found that most patients taking the drug cleared the coronavirus from their system a lot faster than the control group. Adding azithromycin, commonly known as a Z-Pak, to the mix “was significantly more efficient for virus elimination,” the researchers said. A small study in China also found that combining chloroquine with azithromycin was “found to be more potent than chloroquine.”

Scientists and infectious disease experts say the study’s findings were not definitive and a large-scale trial is needed to see whether the drugs are effective.

World health officials are testing four of the most promising drugs to fight COVID-19, including chloroquine and hydroxychloroquine, which are anti-malarial drugs.

Dr. Maria Van Kerkhove, head of WHO’s emerging diseases and zoonosis unit, said Monday that there are also a “number of ongoing trials” that look at chloroquine and other drugs, but “many of these trials are small in size, which makes it very difficult to draw any conclusions.”

“That is why it is very important that we have these larger trials … to be able to have enough cases to get an answer as to which drugs work,” she said.

This is a developing story. Please check back for updates.