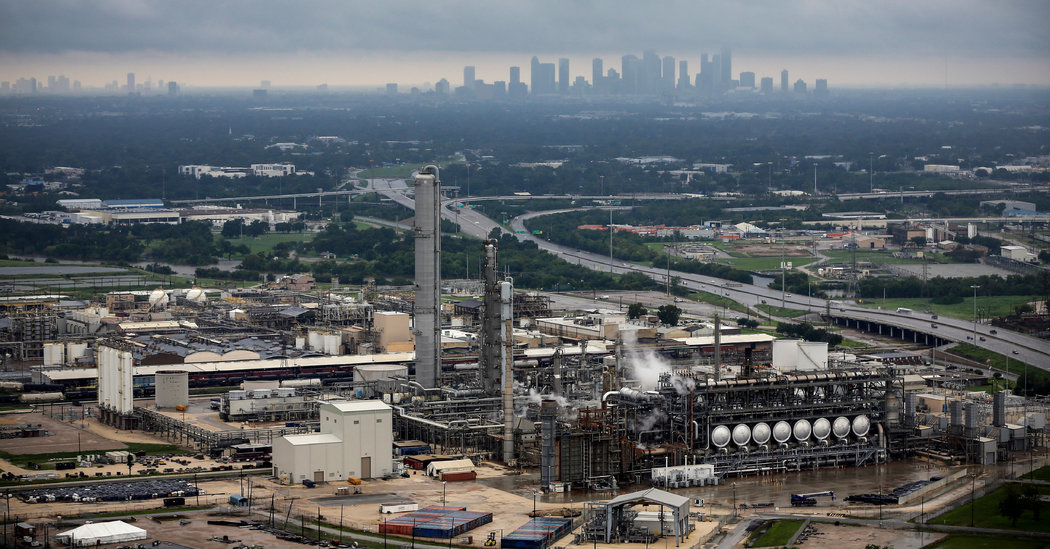 WASHINGTON — The Environmental Protection Agency on Thursday announced a sweeping relaxation of environmental rules in response to the coronavirus pandemic, allowing power plants, factories and other facilities to determine for themselves if they are able to meet legal requirements on reporting air and water pollution.

The move comes amid an influx of requests from businesses for a relaxation of regulations as they face layoffs, personnel restrictions and other problems related to the coronavirus outbreak.

Issued by the E.P.A.’s top compliance official, Susan P. Bodine, the policy sets new guidelines for companies to monitor themselves for an undetermined period of time during the outbreak and says that the agency will not issue fines for violations of certain air, water and hazardous-waste-reporting requirements.

Companies are normally required to report when their factories discharge certain levels of pollution into the air or water.

“In general, the E.P.A. does not expect to seek penalties for violations of routine compliance monitoring, integrity testing, sampling, laboratory analysis, training, and reporting or certification obligations in situations where the E.P.A. agrees that Covid-19 was the cause of the noncompliance and the entity provides supporting documentation to the E.P.A. upon request,” the order states.

It said the agency’s focus during the outbreak would be “on situations that may create an acute risk or imminent threat to public health or the environment” and said it would exercise “discretion” in enforcing other environmental rules.

The order asks companies to “act responsibly” if they cannot currently comply with rules that require them to monitor or report the release of hazardous air pollution. Businesses, it said, should “minimize the effects and duration of any noncompliance” and keep records to report to the agency how Covid-19 restrictions prevented them from meeting pollution rules.

“E.P.A. is committed to protecting human health and the environment, but recognizes challenges resulting from efforts to protect workers and the public from Covid-19 may directly impact the ability of regulated facilities to meet all federal regulatory requirements,” Andrew R. Wheeler, the E.P.A. administrator, said in a statement.

Environmental groups and former Obama administration officials described the policy as an unprecedented relaxation of rules for petrochemical plants and other major polluters.

Gina McCarthy, who led the E.P.A. under the Obama administration and now serves as president of the Natural Resources Defense Council, called it “an open license to pollute.” She said that while individual companies might need flexibility, “this brazen directive is nothing short of an abject abdication of the E.P.A. mission to protect our well being.’’

Cynthia Giles, who headed the E.P.A. enforcement division during the Obama administration, said: “This is essentially a nationwide waiver of environmental rules. It is so far beyond any reasonable response I am just stunned.”

Other observers defended the move. Granta Nakayama, a partner at the law firm King & Spalding who served in the E.P.A.’s office of compliance under President George W. Bush, said the memo did not give companies a free pass to pollute, but rather provided guidance in a challenging situation where many industries are facing unique circumstances.

“It’s a very straightforward and sensible, in my view, guidance,” he said.

Agency officials said the new policy relaxes compliance for monitoring and reporting only so that facilities can concentrate on ensuring that their pollution-control equipment remains safe and operational.

“It is not a nationwide waiver of environmental rules,” said Andrea Woods, an E.P.A. spokeswoman. “For situations outside of routine monitoring and reporting, the agency has reserved its authorities and will take the pandemic into account on a case-by-case basis.”

The memo said the compliance changes were retroactive to March 13.