Get Your Free Equities Forecast

Over the past 2 days, Dow Jones futures have rallied 5.43%, the most aggressive push since April 2020. Meanwhile, S&P 500 futures gained 5.6% over the same period. This followed a larger-than-expected dip in US job openings, causing traders to pare back hawkish Federal Reserve monetary policy expectations.

Retail traders have been responding, though not in the way you might think. According to IG Client Sentiment (IGCS), traders have been increasing their short exposure on Wall Street. IGCS tends to function as a contrarian indicator. With that in mind, could there be more gains in store for stocks ahead?

The IGCS gauge shows that about 53% of retail traders are net-long the Dow Jones. Since most traders are still on the bullish side of things, this hints prices may continue falling. However, short exposure climbed by 18.67% and 63.94% compared to yesterday and last week, respectively. These recent changes in positioning are hinting prices may reverse higher. 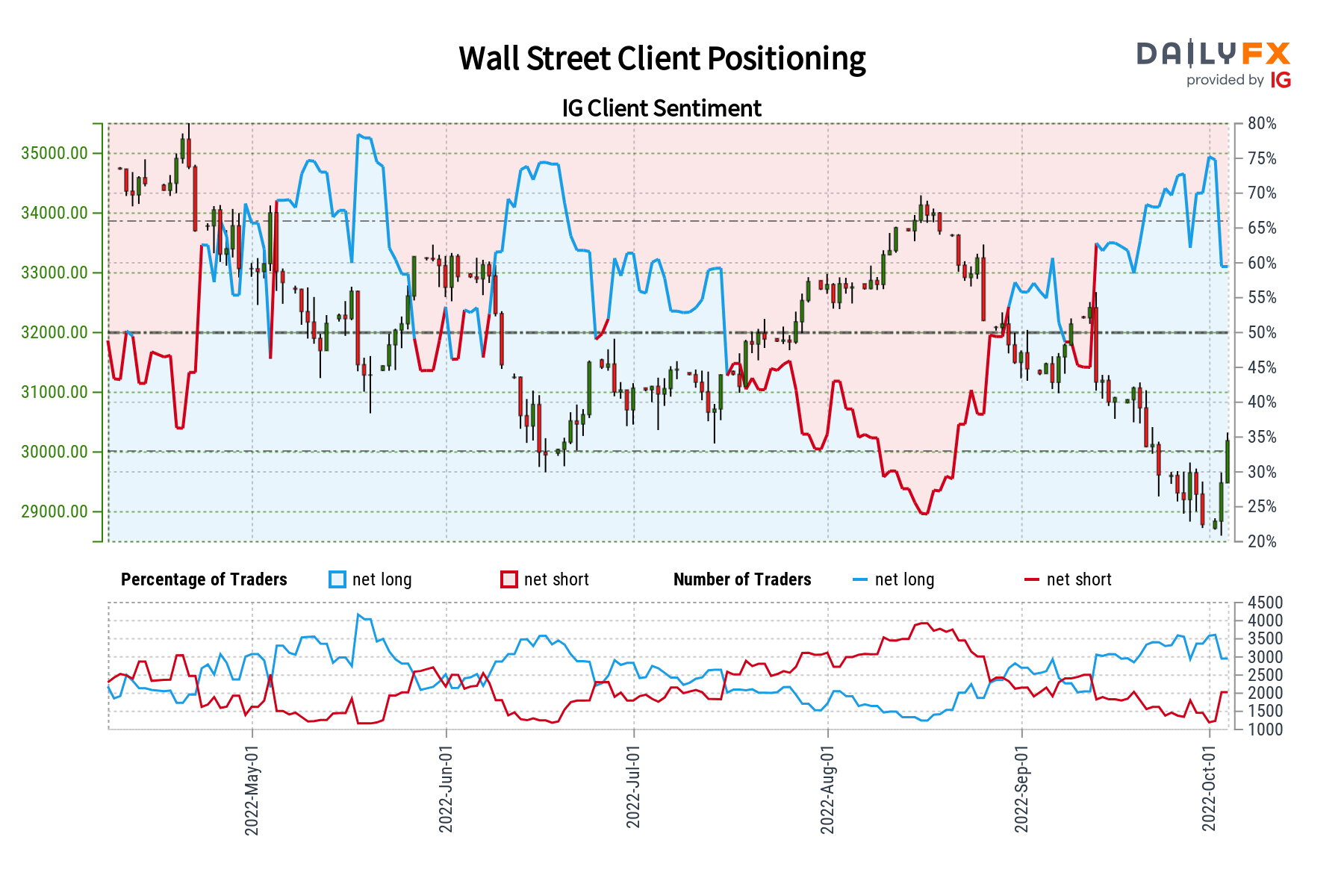 Dow Jones futures confirmed a Bullish Engulfing candlestick pattern. This has opened the door to a continuation of recent gains. That said, despite the impressive rally, the Dow Jones has not tested the near-term 20-day Simple Moving Average. This could reinstate the downside focus. If not, that will expose the 50-day line. Broadly speaking, the falling zone of resistance from the end of last year is maintaining the downside bias. This means there is plenty of room for recovery without necessarily overturning the bearish bias. 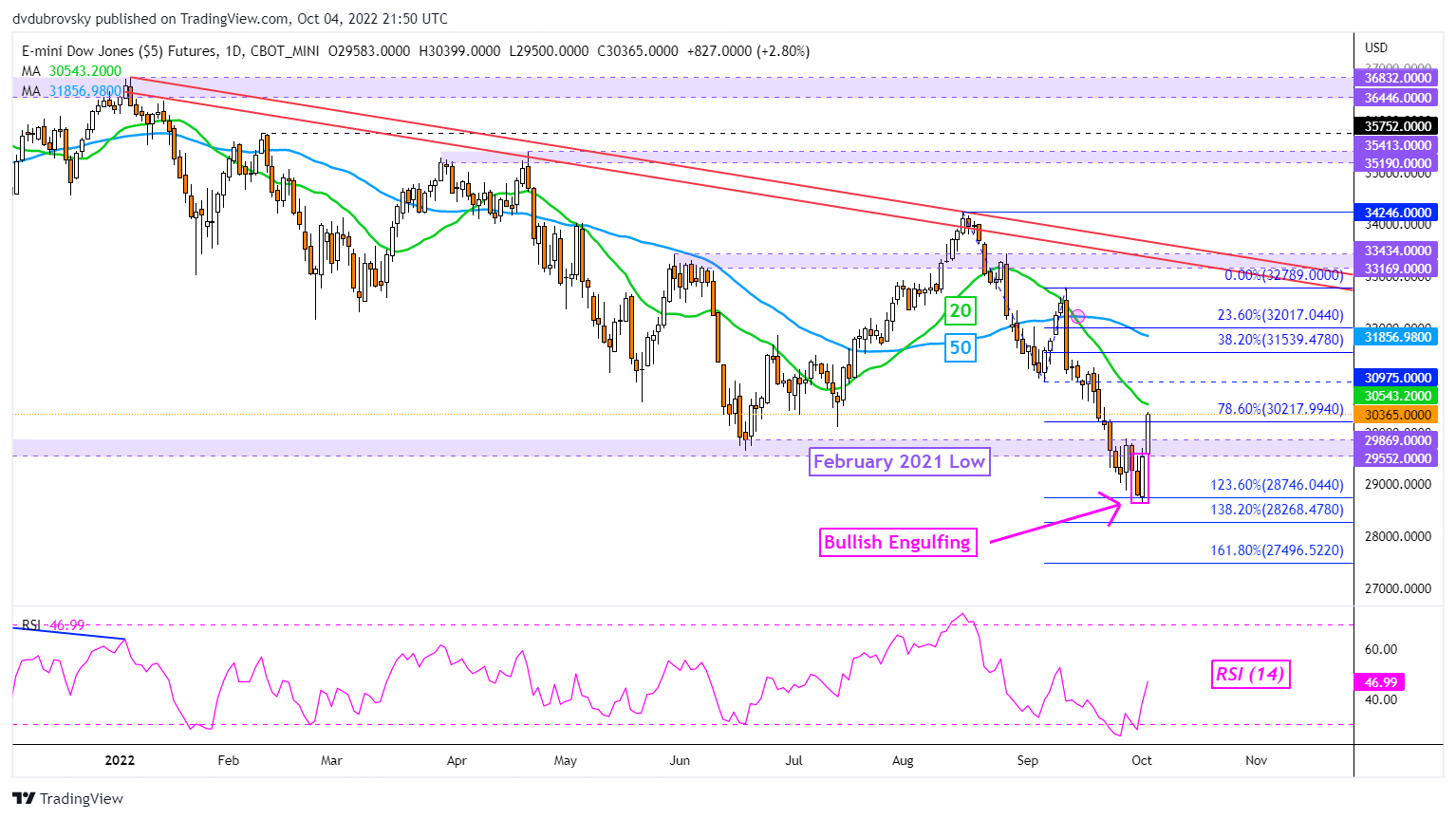 The IGCS gauge shows that about 57% of retail traders are net-long in the S&P 500. Since most traders are still long, this hints prices may continue falling. But, downside exposure increased by 11.88% and 17.09% compared to yesterday and last week, respectively. These recent changes in positioning hint that prices may reverse higher ahead. 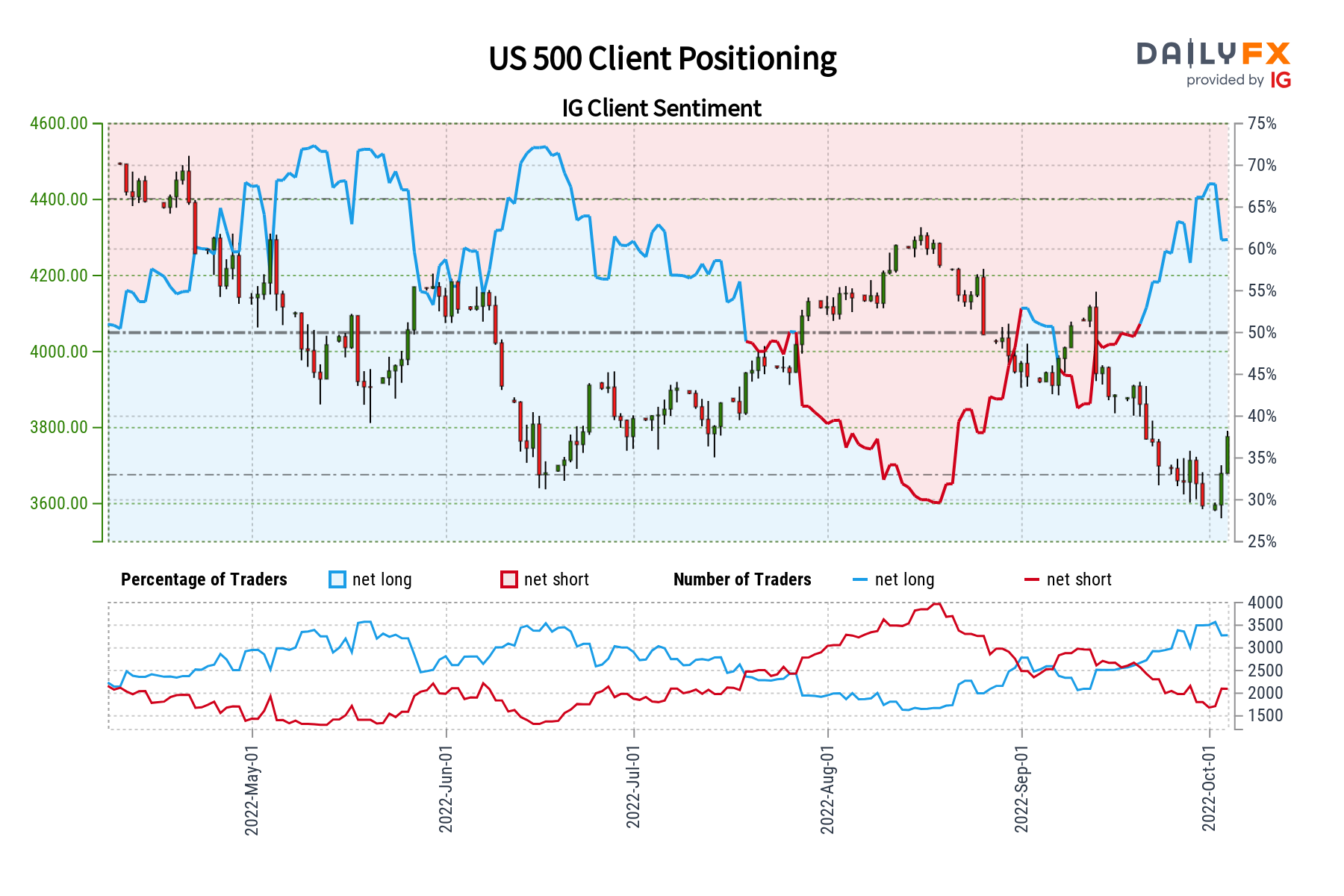 Like the Dow Jones, the S&P 500 has confirmed a Bullish Engulfing candlestick pattern. This may open the door to further gains. Prices remain below the 20-day SMA. Confirming a breakout above it could extend the push higher. Still, the falling trendline from the beginning of this year is maintaining the broader downside bias. As such, there is a good amount of room for recovery without necessarily overturning the bearish bias. 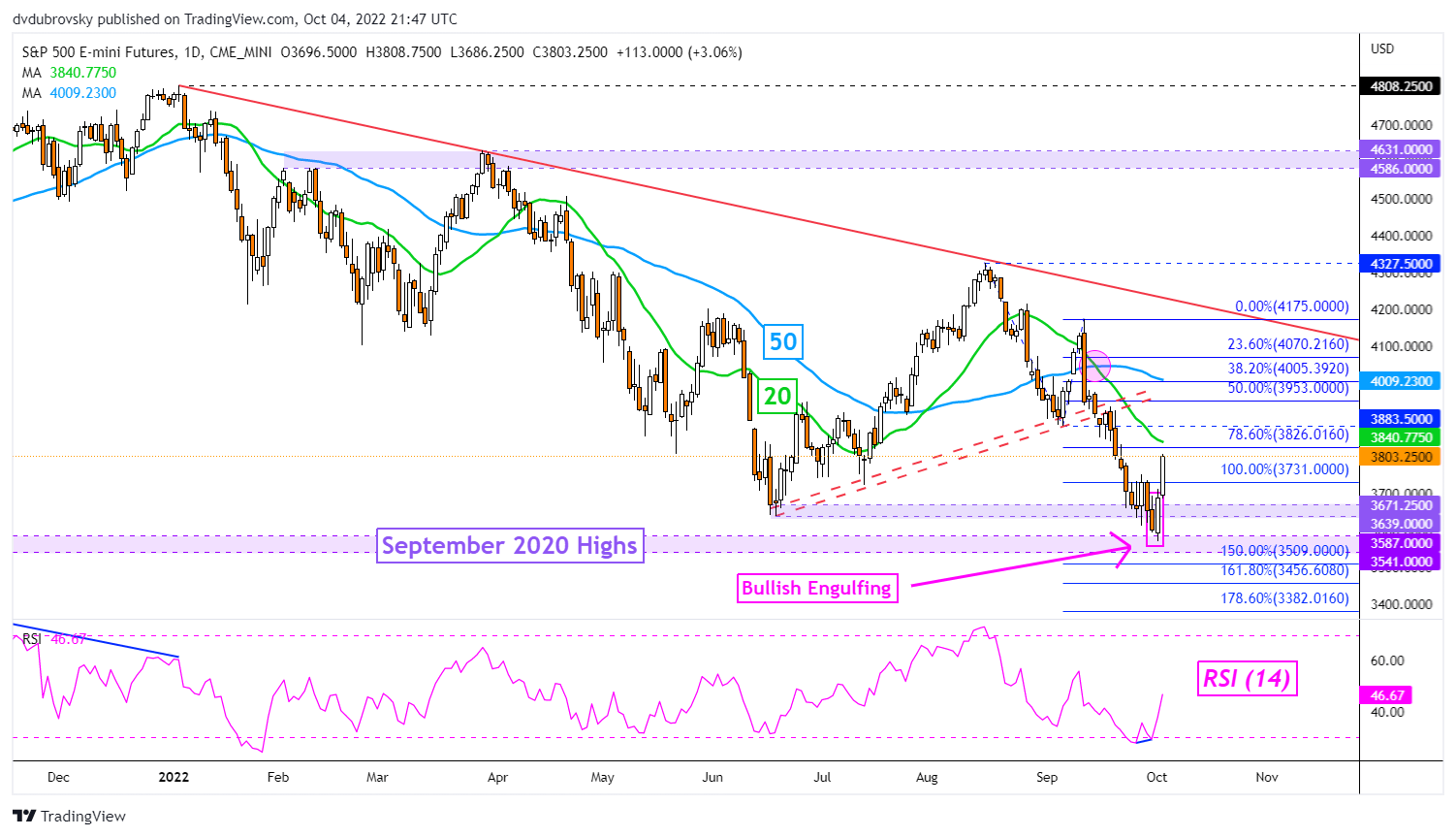