Doctors wonder if NBA getting special treatment with coronavirus tests 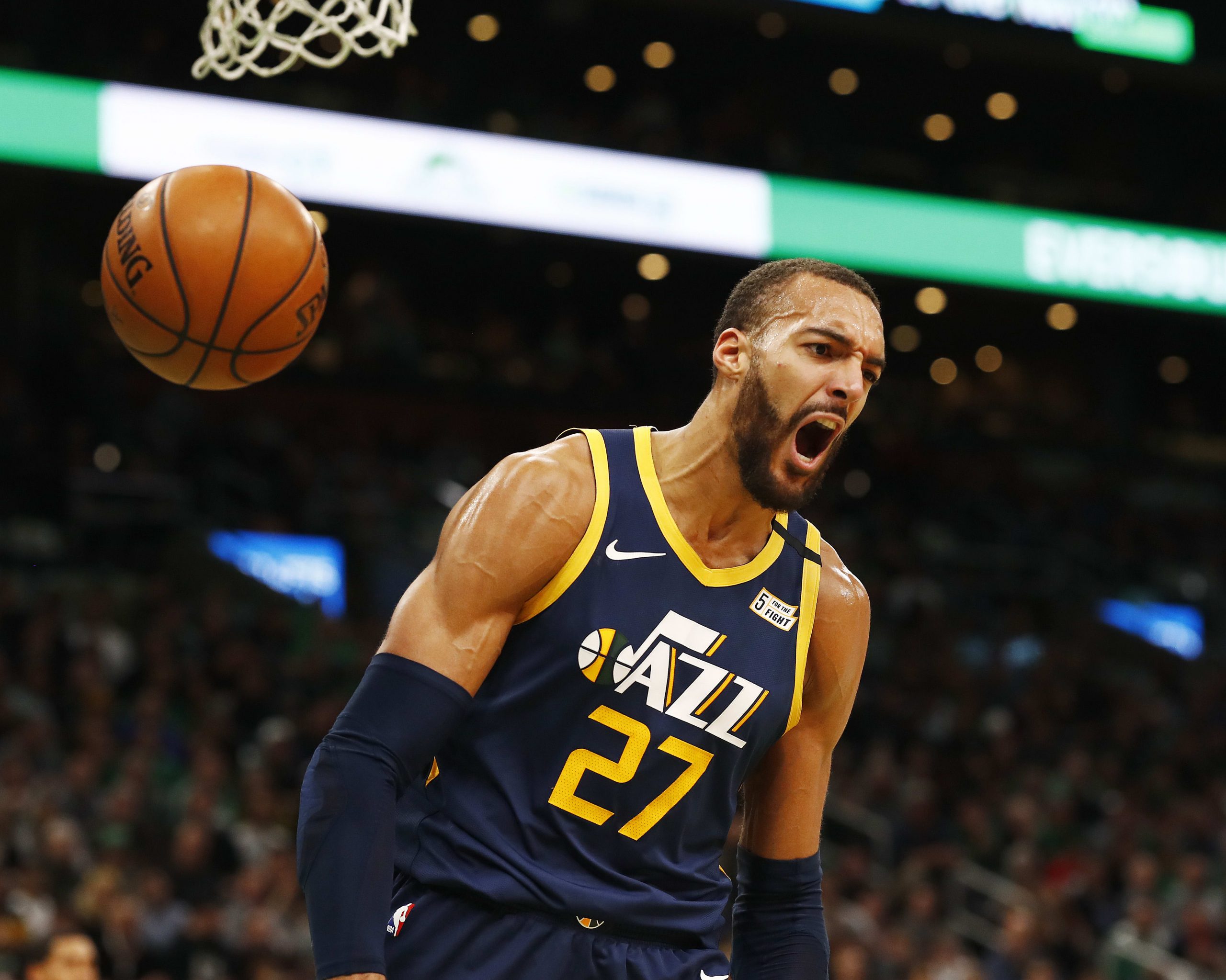 Rudy Gobert #27 of the Utah Jazz reacts after dunking during the third quarter of the game against the Boston Celtics at TD Garden on March 06, 2020 in Boston, Massachusetts.

Doctors and patients are expressing concern that NBA players and celebrities are getting preferred access to tests for the COVID-19 coronavirus while the general public and people with symptoms have to wait.

Eight days ago, Utah Jazz Center Rudy Gobert tested positive for COVID-19 moments before tipoff against the Oklahoma Thunder, ultimately leading the NBA to suspend the season and bringing coronavirus into the spotlight for many sports fans.

Since then, coronavirus diagnoses in the United States have skyrocketed. New York City alone has reported more than 1,000 cases and more than 11,000 people across the U.S. are confirmed to have COVID-19. Of that number, at least seven NBA players have tested positive for COVID-19, according to the NBA, including Brooklyn Nets All-Star Kevin Durant and three of his teammates.

As cases in the United States continue to rise, so are reports about a shortage of testing kits. Sick patients are being turned away, unable to receive tests because they simply aren’t available.

In a stark contrast, the NBA said that as of Wednesday, at least eight teams had been tested for COVID-19. A league source says some teams are just testing players, while others are testing other staff members.

“We wish them a speedy recovery. But, with all due respect, an entire NBA team should NOT get tested for COVID-19 while there are critically ill patients waiting to be tested,” he tweeted on Tuesday.

Many doctors are left wondering how the NBA is getting access to so many COVID-19 tests when they don’t have access themselves.

“I think the first thing is to figure out how NBA got it. It’s real chaos and there are no firm rules on test access now,” said Dr. David Chao, a former NFL team doctor who is now in private practice.

Rodriguez said her San Diego-based practice has only been able to obtain a total of five tests in total from LabCorp — a fraction of what she needs. She said she was surprised she received so few tests and worries that she does not have the resources to support her practice or her rugby team.

“I think that no matter if you are a professional athlete or average person, there should be the same screening in place for everybody equally,” Rodriguez said. ” We should be saving our resources for those that test positive on the CDC questionnaire and are high risk groups.”

The Brooklyn Nets and Oklahoma City Thunder both said they used private companies to test players and staff. Both teams declined to provide additional details on their private testing.

“Recognizing the stress on the state of Oklahoma’s medical system, the Thunder did not use state resources and chose an alternative path for testing of its personnel,” the team said in a statement.

When asked about the private companies being used and how they were able to obtain such large quantities of tests, the NBA said they did not have that information. A league source says the NBA is not involved in arranging for players to be tested at private facilities, that is up to the teams to arrange.

“I of course understand his point (Mayor de Blasio) and it’s unfortunate we’re at this position as a society where it’s triage when it comes to testing and so the fundamental issue obviously is there are insufficient tests. I would say in the case of the NBA, we’ve been following the recommendations of public health officials.”

Silver says that he understands the reaction some people are having, but from an NBA standpoint, he was just following directives. The Commissioner says when Rudy Gobert first tested positive, the Jazz did not ask to be tested. The need for testing was determined by a Oklahoma public health official, who also required the players be quarantined for up to four hours after the game before they were tested. Public officials also conducted the tests in Toronto for the Raptors.

Patrick Rishe, director of the sports business program at Washington University in St. Louis, says the NBA was doing the responsible thing when it came to testing its players.

“They as an organization are just trying to not add to the community spread,” he said. “There can be a domino effect so you have to make sure they are in the clear and people around them.”

“There’s nothing irresponsible — if you’ve got that information [that you’ve been exposed] — about trying to get the tests,” Roberts told ESPN on Wednesday.

“The problem that more of us can’t get the tests — and I’m not apologetic about saying it — in my view, that rests at the foot of the federal government. They were responsible for making sure we were protected in that regard and I think they failed. Roberts said. “People should not be having to wait in line. The at-risk population should be the first to be tested. But goddamn it, if the government had done what they were supposed to do, we wouldn’t be competing for an opportunity to be tested.”

At a news conference on Wednesday, President Trump addressed the testing disparity.

“Perhaps that’s been the story of life,” he said on why the rich and famous are getting to go to the front of the line. “That does happen on occasion, and I’ve noticed where some people have been tested fairly quickly.”