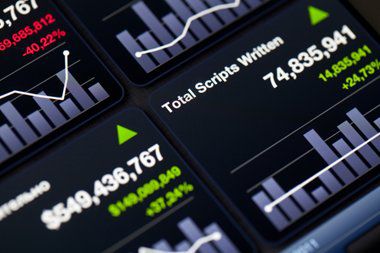 What Is the DeMarker Indicator?

The DeMarker (or DeMark) indicator, also known by the abbreviation “DeM,” is a technical analysis tool that compares the most recent maximum and minimum prices to the previous period’s equivalent price to measure the demand of the underlying asset. From this comparison, it aims to assess the directional trend of the market.

It is a member of the oscillator family of technical indicators and based on principles promoted by technical analyst Thomas DeMark.

The DeMarker indicator helps traders determine when to enter a market, or when to buy or sell an asset, to capitalize on probable imminent price trends. It was designed to be a “leading” indicator because it attempts to signal an imminent change in price trend. This indicator is often used in combination with other signals and is generally used to determine price exhaustion, identify market tops and bottoms, and assess risk levels. Although the DeMarker indicator was originally created with daily price bars in mind, it can be applied to any time frame since it is based on relative price data.

Unlike the Relative Strength Index (RSI), which is perhaps the best-known oscillator, the DeMarker indicator focuses on intra-period highs and lows rather than closing levels. One of its main benefits is that, like the RSI, it is less prone to distortions like those seen in indicators like the Rate of Change (ROC), in which erratic price movements at the start of the analysis window can cause sudden shifts in the momentum line, even if the current price has barely changed.

This oscillator is bounded between values of zero and one and has a base value of 0.5, although some variants of the indicator have a 100 to -100 scale. The indicator typically has lines drawn at both the 0.30 and 0.70 values as warning signals that a price turn is imminent. Values exceeding either line imply a higher probability of an imminent change in the current trend, while values between the lines imply a lower probability.

Overbought and oversold conditions are likely to be imminent when the curve crosses over these boundary lines.

The Validity of DeMarker Indicators

DeMarker indicators are a popular tool used by technical traders to time the market, but the rationale for the use of these indicators is not entirely clear, and the choice of their parameters is not often motivated or supported by data. A recent study backtested various DeM strategies on commodities futures market data to see if they were valid tools for timing the market.﻿﻿ The first conclusion from this research is that the number of signals the DeM indicators produce is small and rarely occur. Compared to a simple buy-and-hold strategy, their results show that, in most cases, there is a limited range of holding days for which the indicators have predictive power.

Although DeM is advertised as a method to time trend reversals, in several cases, large price movements that followed a signal maintained the direction of the existing trend. According to the paper’s authors, “these results contradict the design of the indicator and make it difficult to grasp the economic rationale behind it, which is assumed to be obvious.”

Because of this, the DeM indicator should not be used by itself and may be more effective in combination with other technical indicators to confirm or refute the signals that it generates.