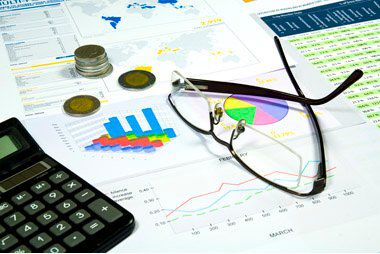 The balance of payments (BOP) is the place where countries record their monetary transactions with the rest of the world. Examining the current account balance (CAB) of a country’s BOP can provide a good idea of its economic activity. It includes activity around a country’s industries, capital market, services, and the money entering the country from other governments or through remittances.

Calculating a country’s current account balance (CAB) will show if it has a deficit or a surplus. If there is a deficit, does that mean the economy is weak? Does a surplus automatically mean that the economy is strong? Not necessarily.

These are movable and physical in nature, and for a transaction to be recorded under “goods,” a change of ownership from or to a resident (of the local country) to or from a non-resident (in a foreign country) has to take place. Movable goods include general merchandise, goods used for processing other goods, and non-monetary gold. An export is marked as a credit (money coming in), and an import is noted as a debit (money going out).

Income is the money going in (credit) or out (debit) of a country from salaries, portfolio investments (in the form of dividends, for example), direct investments, or any other type of investment. Together, goods, services, and income provide an economy with fuel to function. This means that items under these categories are actual resources that are transferred to and from a country for economic production.

Current transfers are unilateral transfers with nothing received in return. These include workers’ remittances, donations, aids and grants, official assistance, and pensions. Due to their nature, current transfers are not considered real resources that affect economic production.

The mathematical equation that allows us to determine the current account balance tells us whether the current account is in deficit or surplus (whether it has more credit or debit). This will help understand where any discrepancies may stem and how resources may be restructured to allow for a better functioning economy.

Theoretically, the CAB should be zero, but, in the real world, this is improbable. If the current account has a surplus or a deficit, it informs on the government and state of the economy in question, both on its own and in comparison to other world markets.

A surplus is indicative of an economy that is a net creditor to the rest of the world. This means the country is likely providing an abundance of resources to other economies and is owed money in return. By providing these resources abroad, a country with a CAB surplus gives other economies the chance to increase their productivity while running a deficit. This is referred to as financing a deficit.

A current account balance deficit reflects a government and an economy that is a net debtor to the rest of the world. It is investing more than it is saving and is using resources from other economies to meet its domestic consumption and investment requirements.

For example, an economy decides that it needs to invest for the future to receive investment income in the long run. Instead of saving, it sends the money abroad into an investment project. This would be marked as a debit in the financial account of the balance of payments of that period, but, when future returns are made, they would be entered as investment income (a credit) in the current account under the income section.

A current account deficit is usually accompanied by depletion in foreign exchange assets because those reserves would be used for investment abroad. The deficit could also signify increased foreign investment in the local market, in which case the local economy is liable to pay the foreign economy investment income in the future.

It’s important to understand from where a current account balance deficit or surplus is coming. When analyzing it, be sure to examine what is fueling the extra credit or debit and what is being done to counter the effects.

Depending on the nation’s stage of economic growth, its goals, and, of course, the implementation of its economic program, the state of the current account is relative to the characteristics of the country in question. For example, a surplus financed by a donation may not be the most prudent way to run an economy.

A deficit between exports and imports of goods and services combined—otherwise known as a balance of trade (BOT) deficit—could mean that the country is importing more to increase its productivity and to eventually churn out more exports. This, in turn, could ultimately finance and alleviate the deficit.

So, a deficit is not necessarily bad for an economy; especially for an economy in the developing stages or under reform. Sometimes an economy has to spend money to make money, so it runs a deficit intentionally. However, an economy must be prepared to finance this deficit through a combination of means that will help reduce external liabilities and increase credits from abroad.

For example, a current account deficit that is financed by short-term portfolio investment or borrowing is likely riskier. That’s because a sudden failure in an emerging capital market or an unexpected suspension of foreign government assistance, perhaps due to political tensions, will result in an immediate cessation of credit in the current account.

What Are the 3 Balance of Payments?

The current account is calculated by finding the balance of trade and adding it to net earnings from broad and net transfer payments.

What Is the Difference Between the Current Account and the Balance of Payments?