Could Covid-19 Drive A Structural Shift In The Oil Markets? 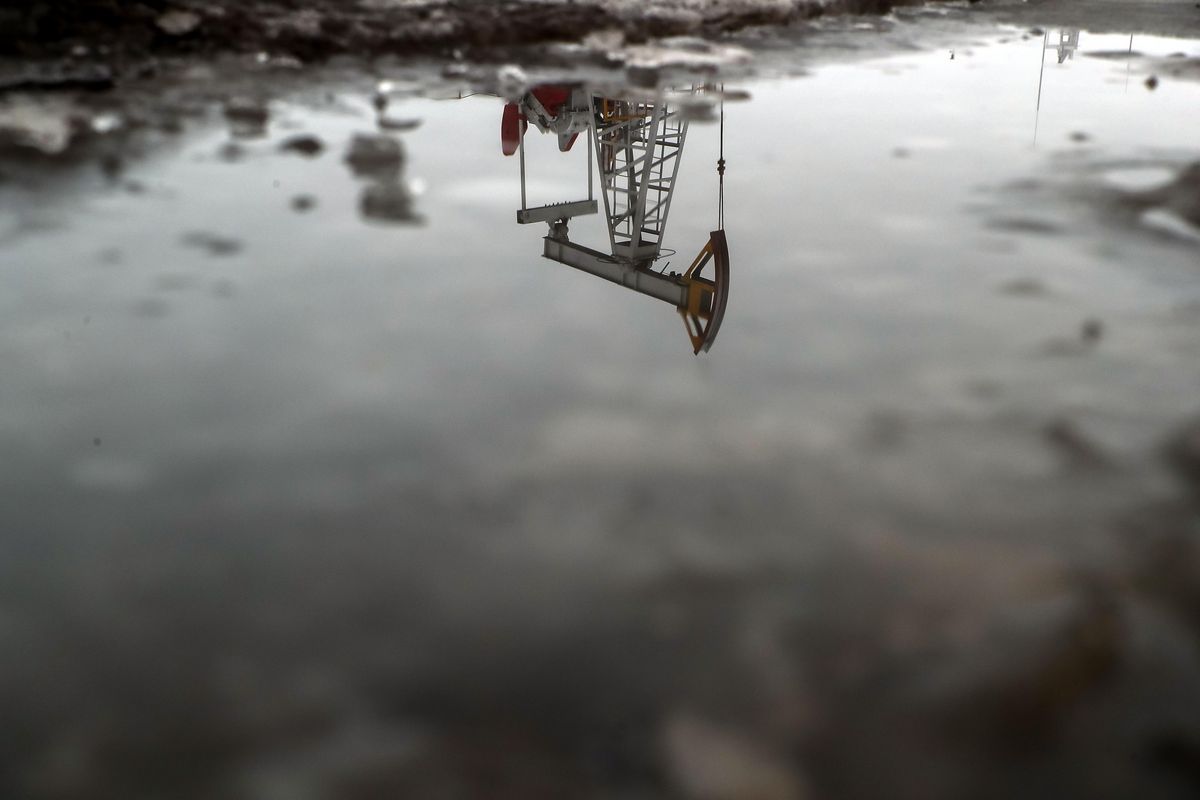 Given the enormous funds currently being dedicated to support the economy during the COVID crisis, there has been a lot of talk of the need for ‘green’ stimulus, to ensure that economic recovery doesn’t tank the environment. Yet the fundamental upheaval in oil supply and demand right now might be a sign of a significant structural shift in the energy market that accelerates ‘green’ energy even faster.

Current oil demand decreases could be seen as the canary in the coalmine, a preview of demand projections for the future. Prior to Covid-19, Barclays projected a global peak in oil demand between 2030 and 2035 followed by a steady demand reduction, while the International Energy Agency
(IEA) projections also sees oil demand plateau in the 2030s.

Most of the energy industry expects the shift to be slow, with the shift from the internal combustion engine to electric vehicles would see a slow decrease in oil for transport demand. Many in the oil industry expected that demand to be replaced by the petrochem and plastics industry. The recent public repudiation of disposable plastics is likely to have a negative impact on oil demand growth in that sector, but there are two key things in play right now that are driving the potential for an earlier structural shift.

The first of these is obviously the collapse in oil demand by the shuttering of huge swathes of the global economy due to the coronavirus. Lux Research says that while it is too early to assess the impact properly, early indications by traders suggest a 20% drop in demand. The only other time with a demand decrease was in 1980, during the recession following the second oil crisis. That was “just” a mild 5% dent compared to current events.

The second is the price war that OPEC, led by Saudi Arabia, has initiated with Russia. The price of oil fell 30% in the first week in March, even before the impact of COVID was factored in. The extra oil being pumped has led to a major oversupply in the markets. Their battle is about market share and both Saudi Arabia and Russia have the capacity to pump oil at low prices for quite some time. Even if countries like the US, as Trump proposed, bought up oil for its strategic reserves, there would be an immense overhang in supply. Given that funds for such a buy were left out of the $2 trillion stimulus bill, that won’t be happening any time soon. Some analysts even predict the price of oil could go negative if available storage runs out.

As Daniel Yergin, vice chairman of IHS Markit
said, “The oil business is caught up in a double crisis. There are the damaging economic effects of the pandemic, with demand plummeting, but oil is also being battered by an all-out battle for market share and by surging production, which is driving prices further down… That spells deep trouble for debt markets with large borrowings by oil companies.”

At the same time the EU has committed to ensuring that its economic stimulus plans are going to be both digital and ‘green’. In a meeting last week heads of state agreed that the recovery plan should promote sustainable growth. While that’s not a statement of commitment to move away from fossil fuels, it is another significant commitment to a new political and economic paradigm.

Investors invest on the basis of risk and return, and their assets and their liabilities need to be balanced against the risks they face in the future. Understanding risk, whether from the impact of fossil fuel use, extreme weather events or new diseases is about understanding the levels of probability and impact. When it comes to fossil fuel investment the risks are both the physical risk of the impact of climate change and policy risk, on top of all of the existing market risks. State producers such as Russia and Saudi Arabia might be able to keep oil pumping at minimal prices but that’s not the case for many private and public companies.

The question is what impact current levels of volatility combined with the uncertainty about the length of time that volatility will continue are going to have on the oil industry. In the US shale oil has been welcomed as the route to US energy independence, but high levels of debt combined with low margins mean that many current businesses won’t survive. It’s even been suggested that Saudi Arabia and Russia will keep the prices low until the shale industry is priced out of the market altogether.

There are a lot of assets out there which will return to oil consumption as soon as the economy picks up, from cars to aeroplanes. China’s control of the virus is leading to a recovery in the economy, one which many hope will take a V shape and result in a sharp rebound in activity. Indicators ranging from electricity consumption, steel demand and vehicle manufacturing are showing rapid increases. While the immediate return to oil consumption may follow, that will only address one factor in the current oil conundrum.

As Arij van Berkel, director at Lux Research points out the traditional oil company approach to a price drop is to maintain investment in exploration and cut downstream investment in refineries and clean energy. With the oil price this low, and many expecting the price to remain low throughout the year, that’s not a strategy that makes much sense. Already many oil companies are shifting their focus to the future and that future is clean energy. Oil companies need to maintain the value of their cashflow and their dividends – that has always been what makes them such an attractive investment.

Van Berkel describes what’s happening at the moment as “an involuntary but interesting stress test.” Many boards are attempting to balance a recognition of coming changes with the need to fund their transition as a business. For many that means using oil reserves to either build or buy their way into new business opportunities.

Many are already starting to pivot. Total has announced that its priority is investment in renewables.  Enerco and Shell are jointly investing in offshore wind, combining offshore expertise with cash. BP has said it plans to achieve net zero emissions by 2050, while Repsol and Equinor continue to buy their way into solar and wind energy. Dong Energy
was one of the first movers in 2017 when it renamed itself Orsted as it refocused on renewables and stated its’ policy was “to fundamentally change the way we power the world by switching from black to green energy ..

The expectation that peak oil demand will occur in the mid 2030s is driven by the length of time it can take for policy and industrial change to redefine markets. In the UK for example, if new diesels are banned for 2035 they’ll still be around for another ten years. If governments decide to focus on a green stimulus however, all bets are off. The speed of action in the last few weeks taken to address the coronovirus shock shows what’s possible if the will is there. If the governments and investors start to reallocate their capital, we could see a very rapid shift in market dynamics.

There is a chance that what we’re seeing now is a last blast, as the oil states pumpas much as they can while the going’s good. If there is going to be structural realignment perhaps it’s best to raise as much capital as possible as fast as possible? That choice might just be what pushes the oil industry over the edge though. The oil industry is unsustainable, and when the dust settles the energy industry might be a very different space.