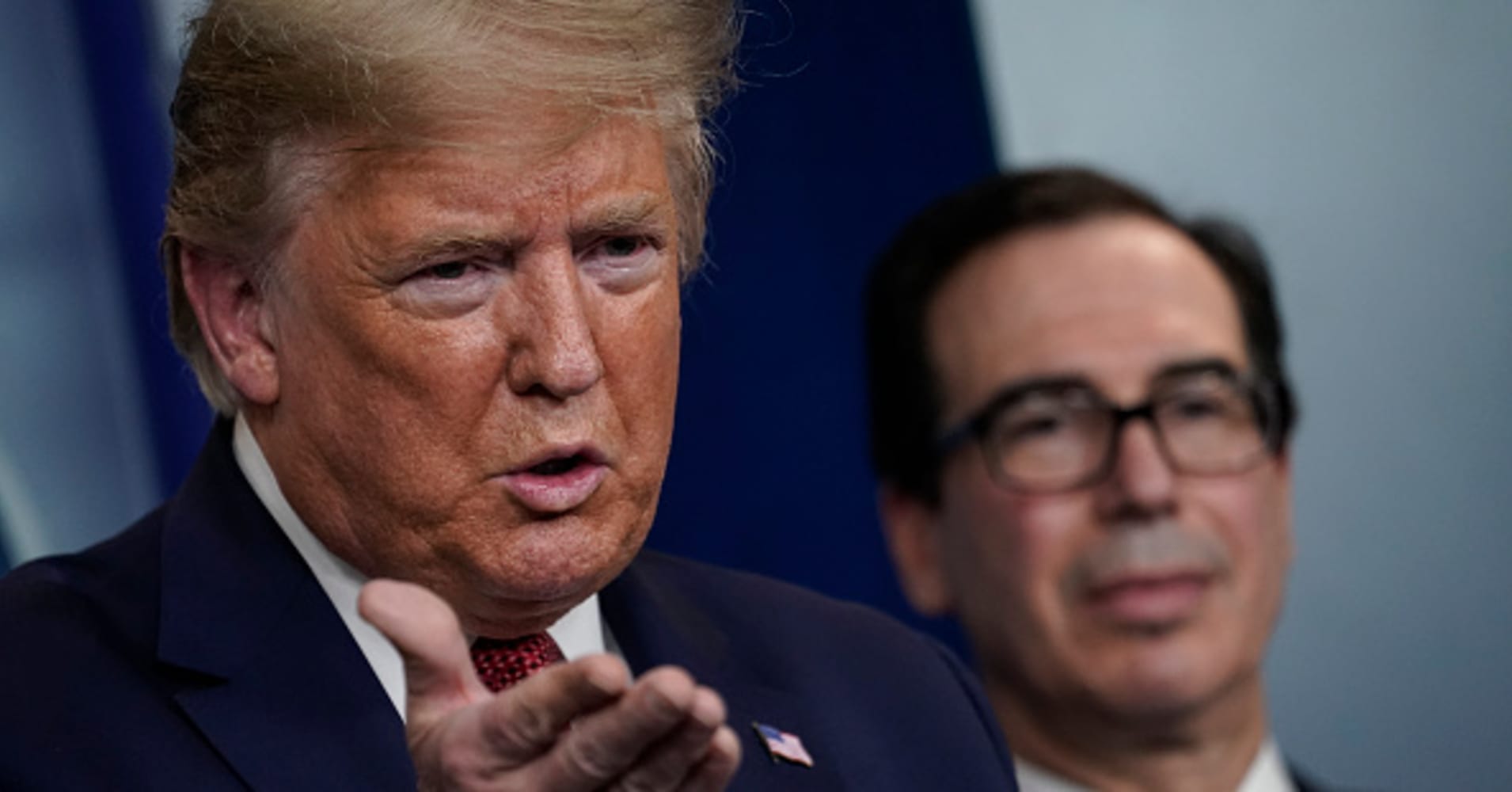 [The stream is slated to start at 5:15 p.m. ET. Please refresh the page if you do not see a player above at that time.]

Members of President Donald Trump’s coronavirus task force are expected to hold a press briefing Tuesday to address the growing pandemic in the United States. The U.S. now has more known cases than any other nation in the world.

Four days after signing an unprecedented $2 trillion relief bill to blunt the economic damage from the coronavirus pandemic, the president on Tuesday called for the U.S. to spend another $2 trillion on a massive infrastructure package. In a tweet, he wrote that “this is the time” to craft an infrastructure overhaul with U.S. interest rates at 0% during the crisis.

Trump initially downplayed the outbreak’s impact but has since changed his tune. On Sunday, Trump extended federal social distancing guidelines to April 30, after suggesting at least parts of the country could be reopened by Easter.

Trump said his administration was extending the guidelines to avoid a major death toll. The president pointed to modeling that forecast 2.2 million deaths in the U.S. if drastic measures weren’t taken to mitigate the outbreak. Trump said the administration is working to keep the projected death toll below 100,000.

Task force members include Vice President Mike Pence; Alex Azar, secretary of Health and Human Services; Robert Redfield, director of the Centers for Disease Control and Prevention; Anthony Fauci, director of the National Institute of Allergy and Infectious Diseases, and Ken Cuccinelli, acting director of U.S. Citizenship and Immigration Services, among others.

The coronavirus, which is believed to have originated in Wuhan, China, has spread to dozens of countries, with more than 800,000 confirmed cases worldwide and at least 38,714 deaths so far, according to data from Johns Hopkins University. There are at least 177,452 cases in the United States and at least 3,440 deaths, according to the latest tallies.