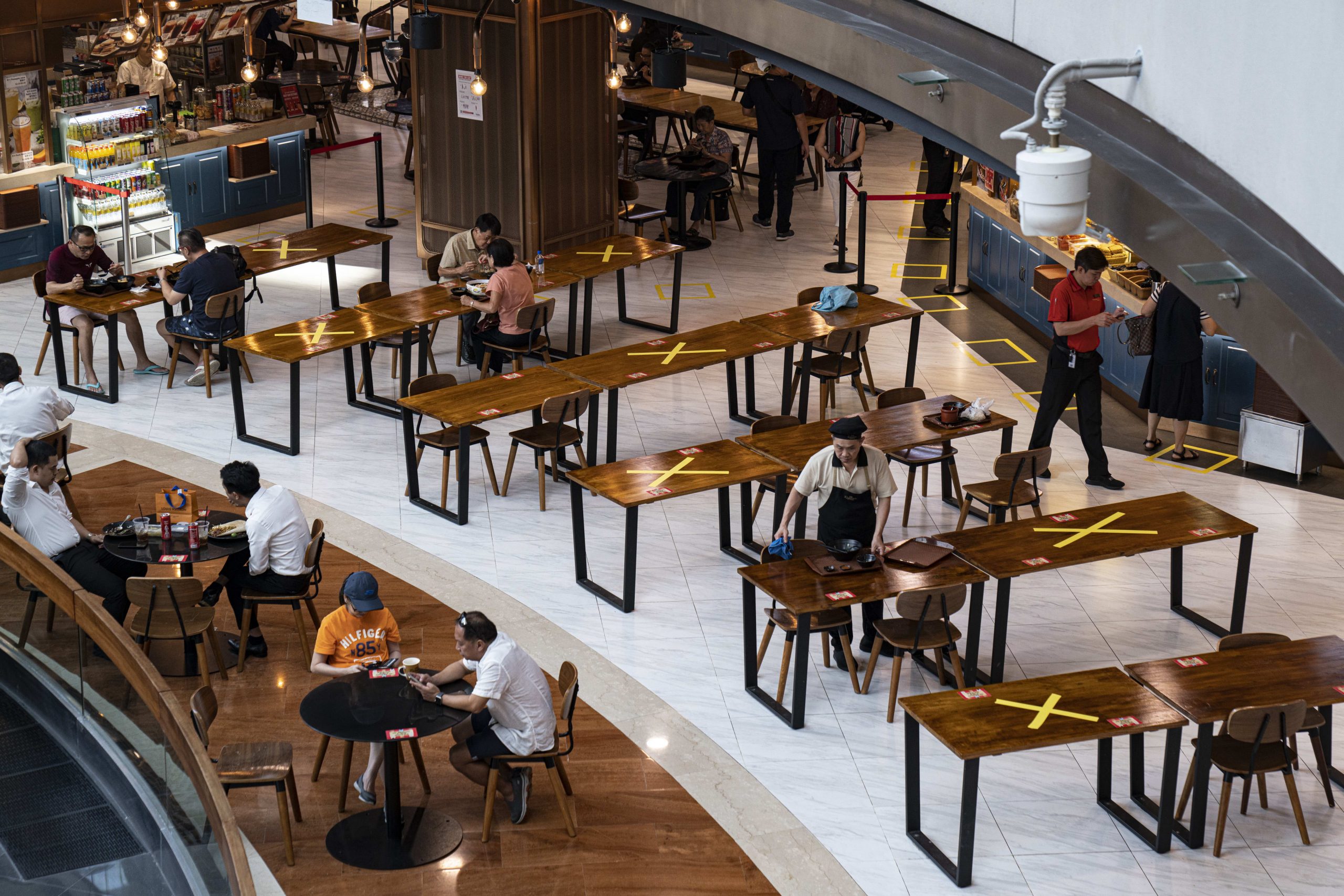 This is a live blog. Please check back for updates.

The data above was compiled by Johns Hopkins University as of 7:58 a.m. Beijing time.

All times below are in Beijing time.

Los Angeles Mayor Eric Garcetti asked Los Angeles residents to report businesses violating the city’s order to stay at home and said that recurring violations could be submitted to a new city website. 144 businesses in Los Angeles have been visited by the LAPD in relation to violations of the order, according to the mayor.

Washington state earlier released a web form on Monday to speed up the process of reporting businesses violating that state’s stay home order.

“You know the old expression about snitches, well, in this case, snitches get rewards. We want to thank you for turning folks in and making sure we are all safe,” Garcetti said. — Kif Leswing

8:50 am: Japan’s large manufacturers are pessimistic about business conditions

The Bank of Japan’s “Tankan” survey showed Japanese manufacturers are pessimistic about business conditions in the country.

The closely-watched sentiment index among large manufacturers fell to negative 8 in the three months that ended on March 31 from zero in the October-December quarter; a negative reading implies most of them see business conditions to be unfavorable.

It underscored the challenges Prime Minister Shinzo Abe faces as he attempts to navigate Japan’s economy through the global impact of the coronavirus pandemic. Sentiment also worsened among medium and small manufacturing companies as well as the non-manufacturing firms.

The indexes are calculated by subtracting the percentage of businesses which said they find conditions unfavorable from those that said they find it favorable. The survey is often an indicator of Japan’s economic health and factors into the central bank’s considerations for monetary policy implementation. — Saheli Roy Choudhury

7:46 am: Korean Air reportedly to suspend flights to Washington DC

Korean Air will suspend flights to Washington D.C. starting April 13 through to the end of May, Reuters reported.

The airline cited the coronavirus as a reason and a spokesperson said passenger demand for air travel to the U.S. fell sharply due to the rapid spread of the virus there, Reuters said.

Korean Air has already suspended or reduced routes between Incheon and a number of U.S. cities including Los Angeles, New York, and Seattle. — Saheli Roy Choudhury

The fast-spreading coronavirus, which causes the disease COVID-19, has killed at least 42,081 people around the world since it was first reported in China’s Hubei province late last year, according to data compiled by Johns Hopkins University.

Most of the deaths occurred in Europe: 12,428 people have died in Italy, 8,464 in Spain and 3,523 in France. China has recorded 3,309 deaths to-date, though some have raised questions about the accuracy of the reported numbers there.

People seated in a food center in Marina Bay Sands shopping mall according to safe distancing markers on March 30, 2020 in Singapore.

There are at least 856,955 cases of infection worldwide, with more than 187,919 infected in the United States alone. About 177,917 people have recovered from the disease, most of them in China, followed by Spain, Germany, Italy, and Iran. — Saheli Roy Choudhury

All times below are in Eastern time.

The fund, which was established as part of a more than $2 trillion stimulus bill President Donald Trump signed into law last week, became a point of contention for Democrats who worried that earlier versions of the bill gave Mnuchin too much discretion over how the funds are dispersed. After tense negotiations, Republicans and Mnuchin agreed to add an inspector general to oversee that fund, as well as a congressional committee.

But Trump on Friday questioned the authority of the inspector general. According to a signing statement he released alongside the bill, he declared his belief that the inspector general needs his permission before letting Congress know whether Mnuchin or Treasury block efforts to glean information. — Lauren Hirsch

“This is going to be a rough two-week period,” Trump said at a White House press conference. White House officials are projecting between 100,000 and 240,000 deaths in the U.S. with fatalities peaking over the next two weeks. “When you look at night, the kind of death that has been caused by this invisible enemy, it’s incredible.” — Berkeley Lovelace Jr.

People with diabetes, chronic lung disease, heart disease or those who smoke may be at increased risk of developing severe complications if they get infected with the coronavirus, the Centers for Disease Control and Prevention said Tuesday.

In its first report looking at underlying health conditions that could make COVID-19 worse, the CDC analyzed data from confirmed cases in all 50 states and four U.S. territories between Feb. 12 and March 28. The agency examined 7,162 cases where data was available on underlying health conditions or other potential risk factors. Confirmed cases among people repatriated to the United States from Wuhan, China, where the virus emerged, and the Diamond Princess cruise ship were excluded, the agency said. — Berkeley Lovelace Jr.

Read CNBC’s coverage from the U.S. overnight: Coronavirus expected to cripple US auto sales, New York cases jump to over 75,000