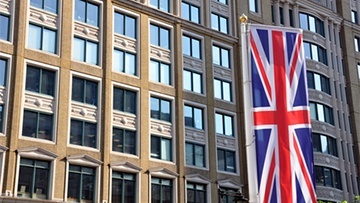 The technical patterns on GBP/USD have been elusive for the past several months. A small bread crumb of clarity was created as we discovered the potential Elliott wave diagonal pattern forming from the January 2019 low into the March 2019 high. These diagonals either begin a new larger wave or terminate the larger degree trend.

Since this diagonal began at the lowest levels GBPUSD has seen in two years, the higher probability scenario is this pattern is a leading diagonal. Therefore, we await the finishing touches of a partial retracement corrective move.

The current Elliott Wave for GBPUSD 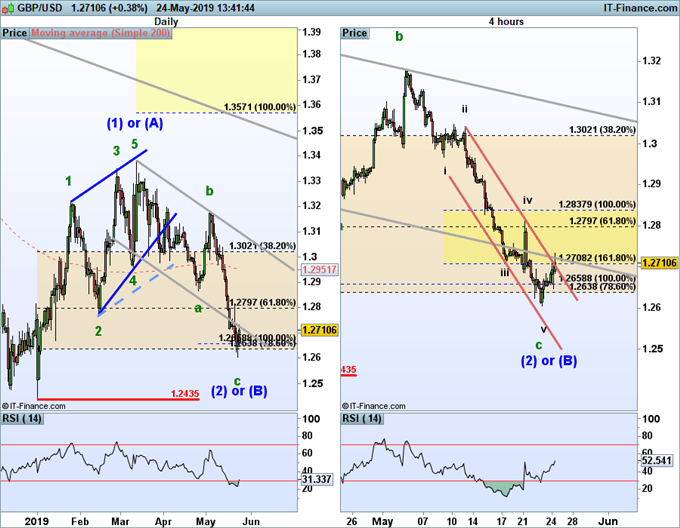 Earlier this week, we tweeted about the confluence of tight wave relationships taking place in the 1.26 handle.

The a-b-c corrective pattern has slightly overshot the extreme of the price channel. Additionally, wave ‘c’ is equal to wave ‘a’ near 1.2659…this is a common wave relationship within a corrective Elliott wave zigzag pattern.

Secondarily, the 78.6% retracement level for the rally from the January 2019 low to the March 2019 high crosses near 1.2618. This creates a tight zone of wave relationships which may buoy GBPUSD higher.

From an Elliott wave perspective, it appears the recent wave lower is wave (2) or (B). If correct, then wave (3) or (C) would carry higher with wave relationships appearing at 1.35 and 1.41. The structure and length of the advance will provide us further clues as to the development of the larger Elliott wave pattern.

Below 1.2435 means there is another wave pattern at play.

Discuss this market with Jeremy in Monday’s US Opening Bell webinar.

Other Elliott wave reports you may be interested in…