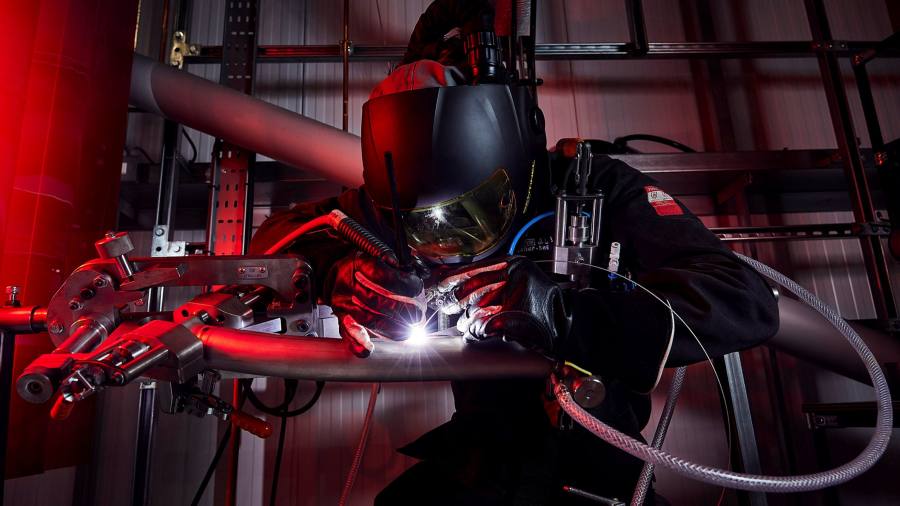 Brompton is launching the first UK-made titanium fold-up bicycle as it aims to use the lightweight metal, more typically used for aircraft, rockets and Formula 1 cars, to take advantage of the pandemic boom in cycling.

The London-based manufacturer of folding machines is making a long-term bet that consumers will buy the more expensive, high-performing models as more people switch to cycling to commute or travel.

The number of cyclists on Europe’s roads has increased sharply since the start of the pandemic after a 40 per cent increase in bicycle sales on the continent to a record €18.3bn in 2020.

The production of 2,500 T-Line models this year, which will cost between £3,750 and £3,950 each, marks the end of an almost two-decade odyssey for Brompton managing director Will Butler-Adams. He started the titanium project in 2004 and has invested £2.5m in the initiative.

“I’ve been bashing my head against the wall on this for like 15 years trying to crack it [producing a titanium bicycle],” he said. “We always had an ambition to make a full titanium bike.”

The privately owned company based in Greenford had planned to launch the bicycle last year, but the pandemic, supply chain problems and the need for extra testing to ensure the machine was roadworthy resulted in a six month delay.

The group, on track to produce almost 80,000 other models this financial year, has had to deal with industry lead times — from ordering components to delivery — stretching to two years for parts such as saddles and forks.

Although a handful of bicycle manufacturers use expensive titanium frames such as UK-based Enigma Bikes and Dutch-based Van Nicholas, Brompton is poised to become Europe’s largest producer of fold-up machines made from the metal, which is lighter yet as strong as steel.

The company hopes it could prove a big hit with customers, despite its expensive price, as at 7.45kg, 37 per cent lighter than its steel equivalent, it is easy to lift and should appeal to commuters using public transport, said Butler-Adams.

The bicycles are expensive because titanium is difficult to extract from ore, process and weld as it has to be carried out in an inert atmosphere to avoid turning it into weaker titanium oxide.

The manufacture of the first titanium models also paves the way for the future production of a foldable e-bicycle with a motor that can be carried with ease.

The initiative started in 2004, when Butler-Adams and Brompton founder Andrew Ritchie travelled to Russia to find a titanium engineering group to supply a rear frame.

“We took all of our savings, transferred 100,000 bucks to some guys in Russia that I’ve met once [when we] got completely sloshed on whiskey and ate copious amounts of quite disgusting raw eggs,” Butler-Adams said.

However, the British manufacturer could not outsource the production of parts that fold to its Russian supplier as it risked losing valuable intellectual property.

This led to the setting up of a joint venture with CW Fletcher, a 131-year-old titanium precision engineering group based in Sheffield. The company later built a UK facility to produce parts to make its lightest bicycle ever.

“That [the joint venture] allowed us to begin the journey of taking the rear frame back off the Russians,” said Butler-Adams, although the raw titanium tube still comes from Russia, Ukraine or China.