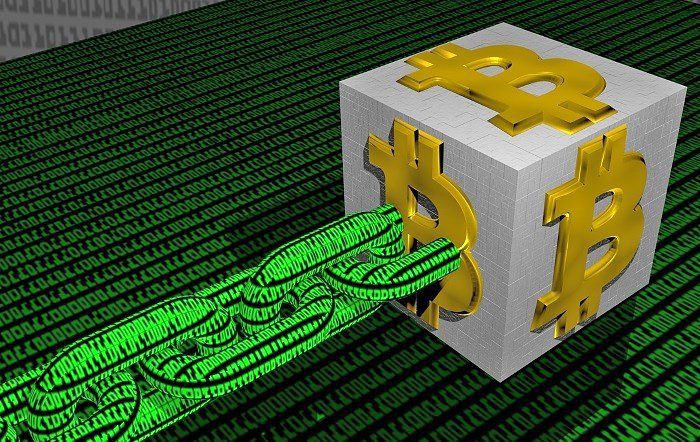 Even as the cryptocurrency bitcoin has gained traction within the investment community, bitcoin exchange-traded funds (ETFs) are relatively new. Blockchain ETFs have also made their debut in mainstream markets. In the news and mainstream media reports, the terms bitcoin and blockchain are sometimes used interchangeably. As a result, it’s possible to confuse blockchain ETFs and bitcoin ETFs, although they are different financial instruments.

Blockchain ETFs primarily track the stock market prices of companies that have invested in blockchain technology in their fund. Because blockchain is a technology, it is not tied to a specific company or product.

“Bitcoin needs blockchain but blockchain doesn’t need bitcoin,” said Christian Magoon, CEO of Amplify ETFs, the largest ETF focused on blockchain. The blockchain universe of investments is large and not restricted to a particular sector. For example, IBM formed a partnership with the shipping line Maersk to implement blockchain in the freight industry.

Similarly, e-commerce company Overstock has made investments in blockchain through its Medici Ventures and tZERO digital coin exchange. Naturally, these companies are favorites with blockchain ETFs. For example, Amplify ETFs’ Amplify Transformational Data Sharing ETF (BLOK) and Siren Shares Nasdaq NexGen Economy (BLCN) have included both companies in their ETFs.

In October 2021, the first ever bitcoin futures ETF was launched—the ProShares Bitcoin Strategy ETF. It tracks bitcoin futures contracts pegged to the future price of the cryptocurrency. This comes after the SEC rejected many bitcoin ETFs, citing “liquidity and valuation” problems with the ETF proposals, and has rejected these proposals. On the same day the ProShares Bitcoin Strategy ETF launched, Grayscale Investments LLC filed an application to convert the world’s biggest Bitcoin fund, Grayscale Bitcoin Trust into Bitcoin Spot ETF.

That said, blockchain is still considered a nascent technology and does not currently constitute a large market. As such, the stock prices of companies being tracked by the ETF are more susceptible to factors that do not concern or affect blockchain technology. When they are launched, bitcoin ETFs will be directly affected by the policies of regulatory agencies regarding bitcoin and cryptocurrencies.

Even though bitcoin futures are already offered on the country’s leading exchanges, cryptocurrency’s regulatory status is still unclear in some jurisdictions. In recent years, virtual currencies have been embroiled in multiple regulatory battles and have been scrutinized heavily, particularly for their role in facilitating criminal activities, such as money laundering.

There are currently seven blockchain ETFs trading in regulated markets. All of these ETFs were launched between 2018 and 2021. These are the Global X Blockchain ETF, Bitwise Crypto Industry Innovators ETF, Siren Nasdaq NexGen Economy ETF, Capital Link NextGen Protocol ETF, Amplify Transformational Data Sharing ETF, First Trust Index Innovative Transaction & Process ETF, and VanEck Vectors Digital Transformation ETF. All of these ETFs were launched between 2018 and 2021. In November 2021, they have a combined almost $2.5 billion worth of assets under management (AUM), and their expense ratios range from 0.50% to 0.95%.

As the popularity of bitcoin continues to surge, so have the calls bitcoin ETFs. In general, digital currencies have become increasingly mainstream among institutional investors. There many things that are appealing about a cryptocurrency ETF—investors would be able to buy and sell bitcoin more easily and cheaply, smoothly integrate it into their portfolios, and eliminate the inconvenience of securing and storing bitcoin.

Investing in cryptocurrencies and other Initial Coin Offerings (“ICOs”) is highly risky and speculative, and this article is not a recommendation by Investopedia or the writer to invest in cryptocurrencies or other ICOs. Since each individual’s situation is unique, a qualified professional should always be consulted before making any financial decisions. Investopedia makes no representations or warranties as to the accuracy or timeliness of the information contained herein.

5 Predictions for the Future of Money