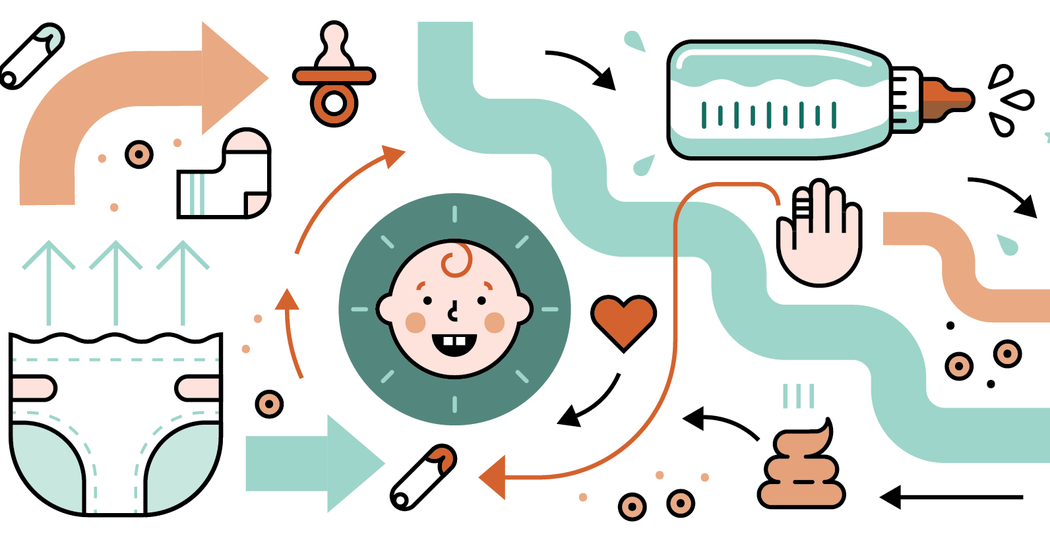 This article was originally published on May 14, 2019.

“Just get them out, I’m ready,” Lisa Lau remembered thinking when her water broke at 35 weeks and 2 days. She had endured what she called “the worst pregnancy ever.” She had hyperemesis gravidarum, was told she had an “incompetent cervix,” and was prescribed three weeks of bed rest and weekly fluid I.V. infusions, before her scheduled cesarean.

When she arrived at the hospital and was prepped for surgery, she felt like she was on a cross: arms splayed, body trembling. The operating table quivered under her weight while the doctor pulled out her twin boys. When Lau thinks about giving birth, she said, that image is the first thing that comes to mind. The two words that tell the story of her birth are “shaking table.”

We asked readers to send us their two-word birth stories — the joy, drama, pain and chaos of birth, condensed. We received hundreds of submissions, from musings on the foods readers believed induced labor to expletives. Here are your birth stories, in your own words.

Janet Falk had been experiencing contractions all morning, but when she arrived at the hospital at around 4 p.m., “my labor stopped cold,” she said. She returned home, laid a towel on her bed and slept. When her water broke the next morning, she kept the towel between her legs while she stumbled into a jumper and waddled down the hall of her Greenwich Village apartment building with her husband. “I’m not going to have my baby in the lobby,” she remembered saying. After the doorman failed to wave down a cab, a police car pulled up and offered them a ride. But Falk’s hospital was outside the precinct, so they hurried into the first cab that came. As they approached Houston and Broadway, the same police car came over. “Follow us,” the officer said. He led the way with the siren flashing, until they pulled into the hospital’s emergency entrance, where there were two nurses and a wheelchair waiting.

Stacy Lein had been taking medication for epilepsy for 10 years since her diagnosis at age 23. She had experienced seizures throughout her pregnancy, but hadn’t anticipated one during her birth. She was one week overdue, and went to the hospital to be induced. Ten minutes after her induction, Lein had a seizure, so her doctor began an emergency cesarean. She didn’t feel much of anything, but recalled lying on the operating table, thinking, “This isn’t what I wanted.” She woke up in recovery. Her son was born within 30 minutes of her arrival at the hospital.

Four days before her due date, Charlotte Dubiel was craving chili, but she was also ready to give birth. Unsure if she should risk going out to eat, Dubiel decided to head to a diner anyway, and sat down next to a couple with a 4-month-old. The couple commented on how pregnant she looked and offered some advice: “Try the chicken wings.” She took that advice. That night, she went into labor and delivered her son. “We actually were only in the hospital for 10 minutes,” Dubiel said. “He was almost born on the bridge.”