‘Billion Dollar Buyer’ Fertitta In Bull’s-Eye Amid Coronavirus Lockdown Of Restaurants, Casinos And His NBA Team 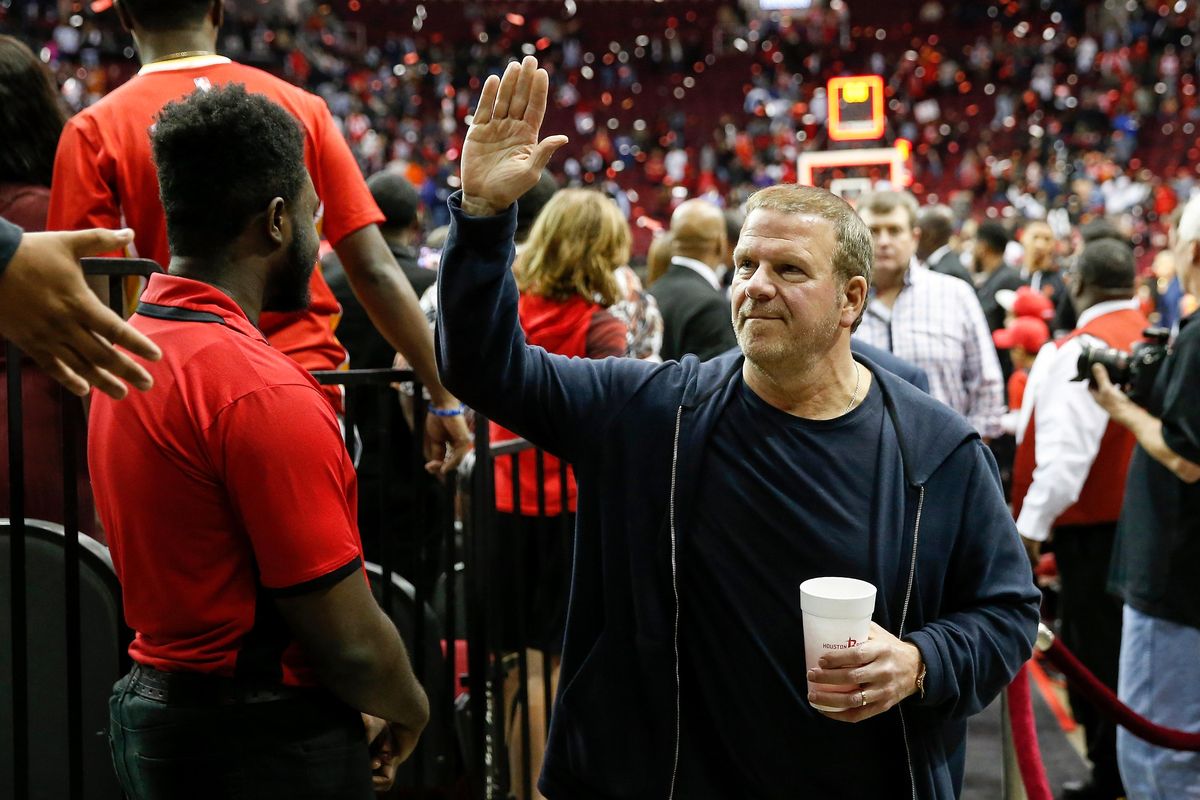 By Chris Helman with Will Yakowicz

On March 18, Houston billionaire Tilman Fertitta tweeted some encouragement in the face of coronavirus shutdowns: “You are not out of business until you don’t have the last dollar to go out and buy product to make, until somebody comes and padlocks you’re door, or you cannot make payroll.”

Since then, Fertitta empire has largely gone dark. There are no basketball games for his NBA Rockets to play. The doors are closed at his five Golden Nugget casinos. Worst of all, Fertitta had to furlough 40,000 workers at his Landry’s restaurant empire and closed 200 out of 550 locations outright, with the rest only doing takeout. That’s sad news for fans of Rainforest Cafe, Saltgrass Steakhouse, Bubba Gump Shrimp Co. and many more. Fertitta, famous to TV viewers as CNBC’s Billion Dollar Buyer, built Landry’s from scratch, took it public in 1993, then private again in a $1.4 billion deal in 2010.

Restaurant margins are thin in the best of times. As Fertitta emphasizes in his new business book, Shut Up And Listen, “There are no spare customers.” Especially now. According to a survey by the National Restaurant Association, revenues were off by half in March, and will be down 25% (or $225 billion) over last year. After another month of closure, 11% of restaurant locations could close for good—equating to 110,000 eateries nationwide. As Fertitta told Texas Monthly last week, doing takeout only isn’t going to cut it. “It doesn’t work at all,” he said. “You can’t take a store that’s built to do $50,000 a day in revenue, and now it’s going to do $2,000.”

In the Houston region the shutdown is felt especially hard. Fertitta is a hometown hero here, having gotten his start working at his dad’s seafood joint in Galveston. He now owns Galveston’s entire Pleasure Pier and an entertainment complex on the water in nearby Kemah. Up the interstate in Houston, Fertitta owns a downtown complex featuring an aquarium, restaurant, a 50-foot-tall Ferris wheel and white tigers. These are working-class amusements, in keeping with Fertitta’s adage to “cater to the masses, not the classes.”

That said, he keeps his bases covered. On the other side of town his posh, 38-story Post Oak Hotel in the Galleria neighborhood overlooks Bentley, Rolls-Royce and Bugatti dealerships, all of which Fertitta owns. Upscale or down, it’s all closed for now.

How bad is it for Fertitta? The man whose critical advice to upstart entrepreneurs is “You better know your numbers” happens to be pretty open with his own. He’s told reporters recently that before the world fell apart, Landry’s was on track to generate annual free cash flow of $300 million after generating $700 million of Ebitda on $4 billion in revenues and paying some $1.5 billion in payroll and some $250 million to service roughly $4 billion in debt. The average Landry’s restaurant reportedly generates about $6 million in sales per year. Landry’s has invested in online-ordering platform Waitr to try to churn up to-go business, but it won’t be enough.

Creditors are getting nervous. Bonds backed by Golden Nugget (wholly owned by Landrys) maturing in 2024 and 2025 traded this week at 62 cents and 52 cents on the dollar, according to Finra data. They last traded at par a month on March 2, 2020. Fertitta told Bloomberg that his managers are happy to work for half-pay if it means they’ll have a job to come back to. “People know we’re in a fight for our lives right now.”

Fertitta, 62, reportedly said last week that he could endure a few months of coronavirus shutdown, tops. “I don’t think anyone can survive past the end of the year, can they?”

So what’s this operation worth? The average enterprise valuation multiple for sit-down restaurant chains is ten times Ebitda (in the sense of earnings before interest, taxes, depreciation and amortization). There’s a range: Brinker International (owner of Chili’s, Maggiano’s Little Italy), trades at 7.4 times while Dine Brands (Applebee’s, IHOP) is at 10.8 times and Darden Restaurants (Olive Garden, LongHorn Steakhouse, Eddie Vs) 13.5 times.

Based on last year’s Ebitda of ~$700 million, Landry’s would be worth roughly $7 billion in enterprise value. Deduct roughly $4 billion in debt and you have an implied equity value of some $3 billion. But the good times are over for now. According to Jordan Thaeler, founder of WhatsBusy (which collects point-of-sale data), fine dining is off 90% nationwide, while casual dining is down 75%. Analysts at Cowen & Co. see the pain lasting six months or more. It’s not hard to see the corona lockdown and oil crash eroding Landry’s profits by half, potentially wiping out most of Landry’s equity value.

In recent weeks shares in Brinker International are down 70%, while Dave & Buster’s is off 65%, Cheesecake Factory 60% and Darden Restaurants 50%. Their fate will be a good proxy for Landry’s restaurants. As for the casino business, it looks like Fertitta dodged a bullet in losing out on negotiations to buy casino giant Caesars Entertainment last year—its shares now trade for half what Fertitta’s group had offered. Forbes figures Fertitta’s net worth at $4.6 billion, for now.

In his new book, Fertitta tells a story of the economic bust of the 1980s, when collapsing oil prices gutted the Texas economy and sent its banking sector into a tailspin. It was in the midst of this bust that Fertitta started building Landry’s locations around the state. “I had loans at eight to nine different banks totaling about $2 million,” he wrote. “I kept fighting and fighting. I worked out interest-only deals at a few banks and consolidated loans at other. It was a never-ending juggling act.” But Fertitta stayed alive during that earlier bust because “every bank with which I was doing business failed. As a result, I didn’t have to make any debt payments—there was no one to make payments to.” Five years later the Federal Deposit Insurance Corp. finally got around to sending Fertitta an invoice for $2 million—which he gladly paid. “I was lucky they took as long as they did to address my situation. I wasn’t big enough to be at the front of the line.”

It’s different today. Fertitta paid $2.2 billion for the Rockets in 2017 mostly by taking money out of Landry’s, including a $1.65 billion dividend. Servicing that debt pile of $4.1 billion requires about $275 million in cash per year. There’s also outlays for rent. Is it too early to wonder how Fertitta is going to make ends meet?

One rumor Fertitta is looking to dispel: that he could be in any risk of losing the Rockets back to former owner Les Alexander, who provided $275 million in seller financing and is still owed some money. Reached by phone, Alexander says he has nothing to do with the club now and would not be interested in taking it back. Fans will be further happy to hear that in an email response to a Forbes question about whether he could lose the team, Fertitta wrote: “That’s the stupidest thing I have ever heard.” He says he regularly turns down offers of $1 billion for 50% of the Rockets, which Forbes values at $2.475 billion. A sports banker tells Forbes that billionaire team owners are more worried right now about their primary businesses.

Though Fertitta may be itching to get back to business, he’s not agitated about it. “The experts are gonna make that decision, not me. They’re going to tell me when I can open.”

But there are limits. As he said last week, “If the country is shut down come October or November, it’ll be anarchy in the streets.”