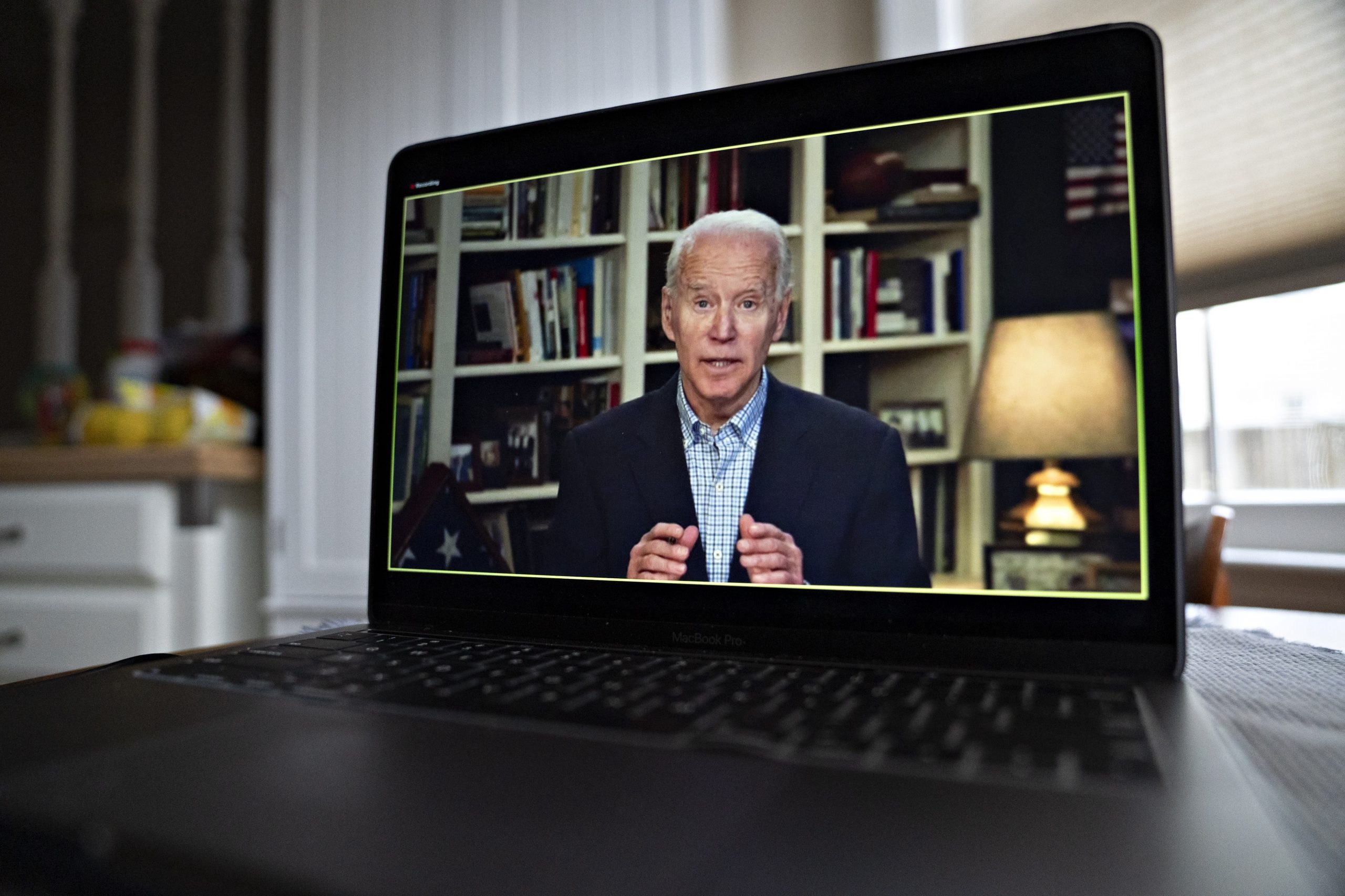 Joe Biden’s campaign is looking to expand its fundraising operation as it prepares to take on President Donald Trump in the general election.

Officials within Biden’s organization have discussed bringing in a new group of regional fundraising advisors, including former aides to Sen. Kamala Harris’ and Pete Buttigieg’s campaigns, who could help them expand their donor network, according to people familiar with the matter. These people declined to be named because the talks were private.

Biden had a strong March, raising more than $30 million in online donations, as the coronavirus has pushed his campaign into a fully online platform, including virtual town halls and fundraising events. This shift has made it even more imperative for the campaign to beef up its digital fundraising operation as Trump and the Republican National Committee have amassed a formidable war chest.

The RNC and Trump’s campaign, along with their joint fundraising committee, combined to raise more than $86 million in the month of February, according to the RNC’s press release. It was their best month of digital fundraising. The Biden campaign raised just over $18 million in the same month, while the Democratic National Committee brought in close to $12 million but is $6 million in debt.

The first quarter ends Tuesday. Then all campaigns and committees will begin filing their quarterly and monthly fundraising totals with the Federal Election Commission.

Biden still hasn’t wrapped up the Democratic nomination, as several states have postponed their primary elections to prevent the further spread of the coronavirus. Despite a lead in delegates, bolstered by several big wins on Super Tuesday and beyond, he remains in a primary fight with Sen. Bernie Sanders.

Biden and members of his team have privately signaled they have begun reaching out and taking a look at hiring people who used to work for the Buttigieg and Harris campaigns, these people said. After dropping out, Harris and Buttigieg endorsed Biden for president. Several of Biden’s allies in the business community have recommended Harris to be his running mate.

Anthony Mercurio, a former fundraising consultant for Buttigieg, is among the names that have been floated to Biden’s team, according to former Ambassador Rufus Gifford, who is aiding Biden with fundraising. Gifford previously told CNBC that he was pushing Mercurio to the campaign, a pro-Biden super PAC and the DNC.

Mercurio has recently spoken with members of the Biden campaign, along with some of the other groups interested in possibly bringing him on, one of the people noted.

People within the Biden campaign have privately indicated that they’re looking at the resume of Brandon Hynes, a DNC finance director, who focuses on the West and Midwest, another one of these people noted. Hynes’ LinkedIn page says he has worked to raise money for the DNC in states such as Colorado, Michigan, Minnesota, Missouri, Montana, Nebraska, North Dakota, South Dakota, Ohio, Utah, Wisconsin and Wyoming. He was previously a finance director for Hillary Clinton’s 2016 campaign.

The moves to beef up fundraising come as as Biden’s new campaign manager, Jen O’Malley Dillon, takes the reins of an operation that’s trying to stay in the national spotlight as Trump, New York Gov. Andrew Cuomo, other state leaders and members of Congress soak up the spotlight as they battle the spread of the coronavirus.

Biden’s bundlers have adapted to campaign life in a world dominated by the outbreak, telling new donors that they don’t need to meet the former vice president to believe in his message, these people said.

“My pitch is simple: ‘Who do you want leading this country? Donald or Joe?'” said one of Biden’s fundraisers who works on Wall Street. “You don’t need to meet with Joe, just give money.”