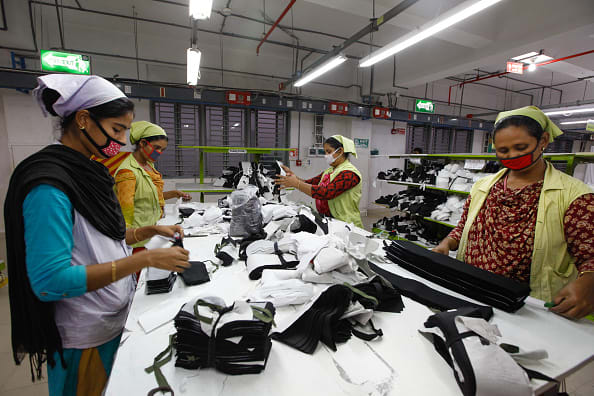 More than $2.6 billion worth of orders in Bangladesh’s garment sector have been withdrawn and new cancellations are coming up, according to the country’s commerce minister.

Garments are a major source of export for the South Asian country as retail brands abroad source for apparel from Bangladeshi factories. But the coronavirus pandemic has led to many of those brands shutting down their stores, forcing them to cancel orders or delay shipments.

“More than $2.6 billion (worth of) orders have been canceled, and new cancellations are coming up,” Tipu Munshi, Bangladesh’s commerce minister, told CNBC’s “Street Signs” on Friday.

“We are waiting to see how it improves; the moment things improve, we hope that the buyers will not cancel the orders or they will take the deliveries, maybe a little later, and they will pay the money to the factories,” Munshi said.

More than 4,600 garment factories in Bangladesh make shirts, T-shirts, jackets, sweaters, and trousers; they are mostly shipped to Europe, the United States, and Canada, to be sold by local retailers in those countries.

Bangladesh is the world’s second-largest clothing exporter behind China, according to ratings agency Moody’s.

Ready-made garments comprised 84.21% of Bangladesh’s total exports worth $40.5 billion in its 2018-2019 fiscal year, according to data posted on the website of trade body, Bangladesh Garment Manufacturers and Exporters Association (BGMEA). More than 60% of the garments were shipped to the European Union.

Canceled or delayed orders could lead to serious problems for Bangladesh, where garment factories are likely to struggle to pay some 4.1 million workers in the sector, who already earn very low wages.

BGMEA’s website showed about $2.67 billion worth of orders — or 828 million pieces of apparel in 966 factories — have already been canceled or suspended, and it affects around 1.96 million workers thus far.

The trade body’s president, Rubana Huq, made a video appeal to international buyers earlier this week. “I am going to appeal to your good senses so that you kindly take all your current goods, which are under production and which are ready,” she said. “Please take them under normal payment terms.”

Commerce minister Munshi told CNBC that other sectors in Bangladesh, such as leather, jute, and ceramics, are also being affected due to the global outbreak. He also implored buyers in Europe and the United States to support the country’s efforts to keep the garment sector from struggling during the pandemic.

The virus outbreak in Bangladesh so far has been relatively less severe, with 48 reported cases and 5 deaths, according to data from Johns Hopkins University. Globally, cases have risen to 530,000 and more than 24,000 people have died.